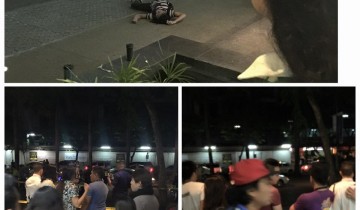 A shooting was reported early today in the IT Park in Lahug. Posts on Facebook by various users reported that the victim was shot in front of the i1 building. No other details were available as of the writing of this article but below are some posts on the incident. Some Facebook posters at the area said the victim was shot dead.

@IT Park…when we arrived a while ago i asked Jonas if IT park is as safe as Ortigas,he said yes..but when i saw this man just now,shot 󾓵󾓵󾓵_safe??i dont think so󾍁󾍁󾍁󾍁

BREAKING: shooting incident in front of i1 building in the Cebu IT Park. pic.twitter.com/Thmnd3e0rp

The Lapu-Lapu City Government has suspended the dive shop operations of New Grand Bleu Dive Resort, where the 3 stayed as guests.

“The City may have to require the dive shop to explain why the divers were allowed to go out to sea despite the bad weather.” — Andy Berame, Deputy Officer of the Lapu-Lapu City Disaster Management Office

Genevieve Hope Galag, 25, was arrested yesterday for kidnapping a boy, 3, from Barangay Maguikay in Mandaue City. The boy, who was reported missing Thursday, was found Sunday playing with other children in Barangay Kamagayan, Cebu City.

Galag, a resident of Kamagayan, was identified by a witness as the one who took the boy, according to PO2 Girlee Echaluce of the Women and Children’s Protection Desk of Mandaue City Police Station 4. Two other suspects arrested earlier admitted to police they gave the boy to Galag.

Cebu steps up preparations for APEC meetings, classes to be suspended on certain dates

Cebu Gov. Hilario Davide III said they are considering suspending classes to help ease traffic during key meetings. While the dates aren’t set yet, he said “what is certain is that there will be days when classes will be suspended.”

“We are hosting a major international event so we should put our best foot forward.” — Cebu Governor Hilario Davide III

Xiaomi has made available its Mi products in retail stores across the Philippines, including in Cebu. The company said the offline availability of their products…

Politics is heating up in Cebu with elections less than a year away. In today’s news, former mayor Tomas Osmeña accused Cebu City Mayor Michael…