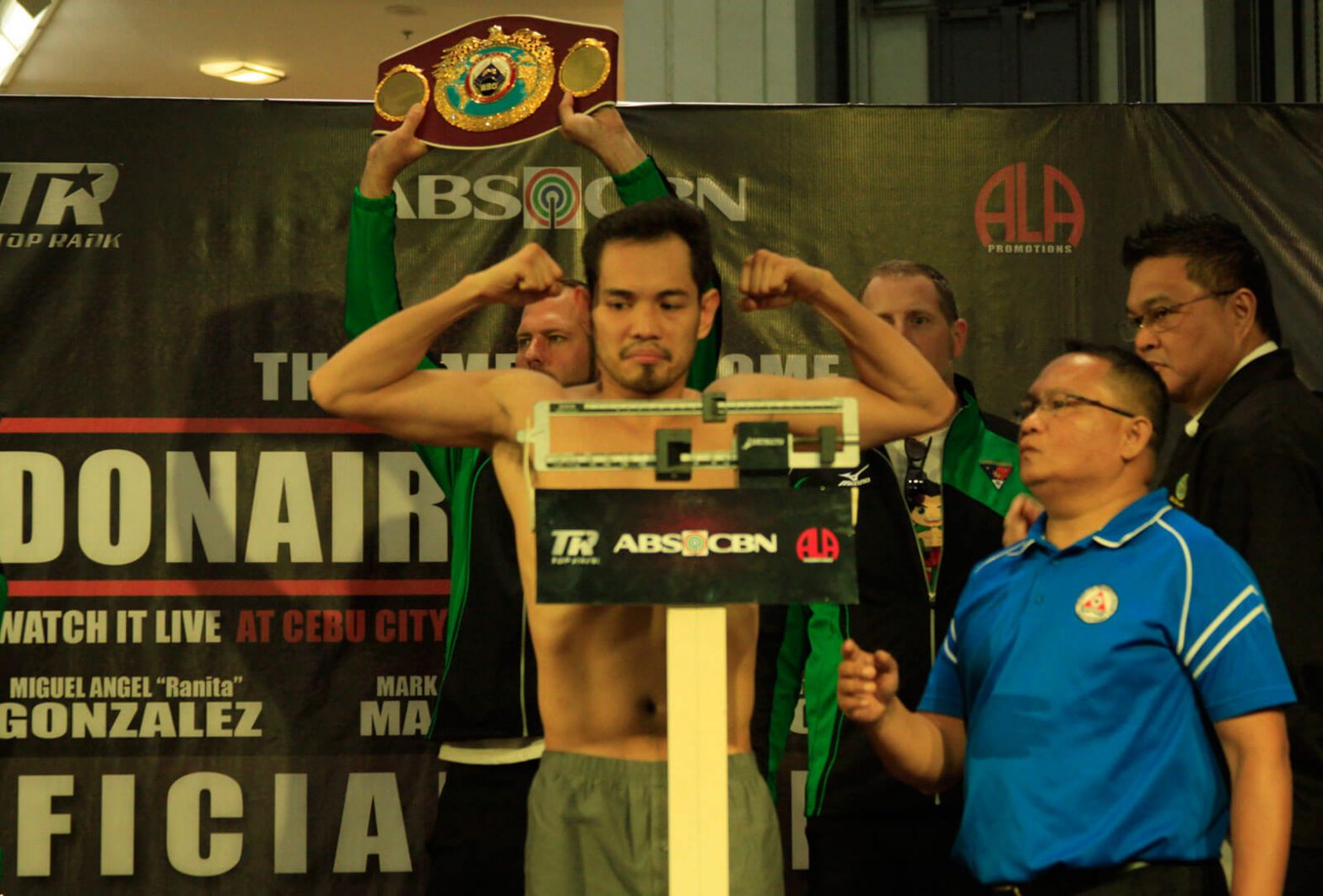 An inspired and emotional Nonito Donaire Jr. said he is drawing strength from the support of the Cebuanos and is dedicating his title defense of the WBO junior featherweight title against Zsolt Bedak to his father and namesake, Nonito Donaire Sr.

Donaire, 36-3 with 23 KOs, is defending the belt for the first time against Zsolt Bedak, a former Olympian who is 25-1 with 8 KOs.

The Filipino Flash, who is a regular Cebu visitor but is fighting in Cebu for the first time, also turned emotional in the press conference, admitting that he has been ungrateful in the past.

Donaire, the five-division world champion, said he is a different fighter now than how he was years ago, when he relied on sheer talent and admitted that at times, he wouldn’t study his opponents’ film.

“I never really studied my opponents because I believed in my talent, but due to my ups and downs, talent can get you there but talent can’t make you stay there. Hard work brougt me above my talent. I study my opponent. I don’t consider myself a master, I’m a student,” he said. “Before, I thought I can go through everybody through sheer talent. But I learned to study, to prepare myself and be five steps ahead.

Donaire admitted that everything went downhill for him after losing to Nicholas Walters by knockout. He was stopped by Walters in the sixth round and lost his WBA super featherweight title in the process. 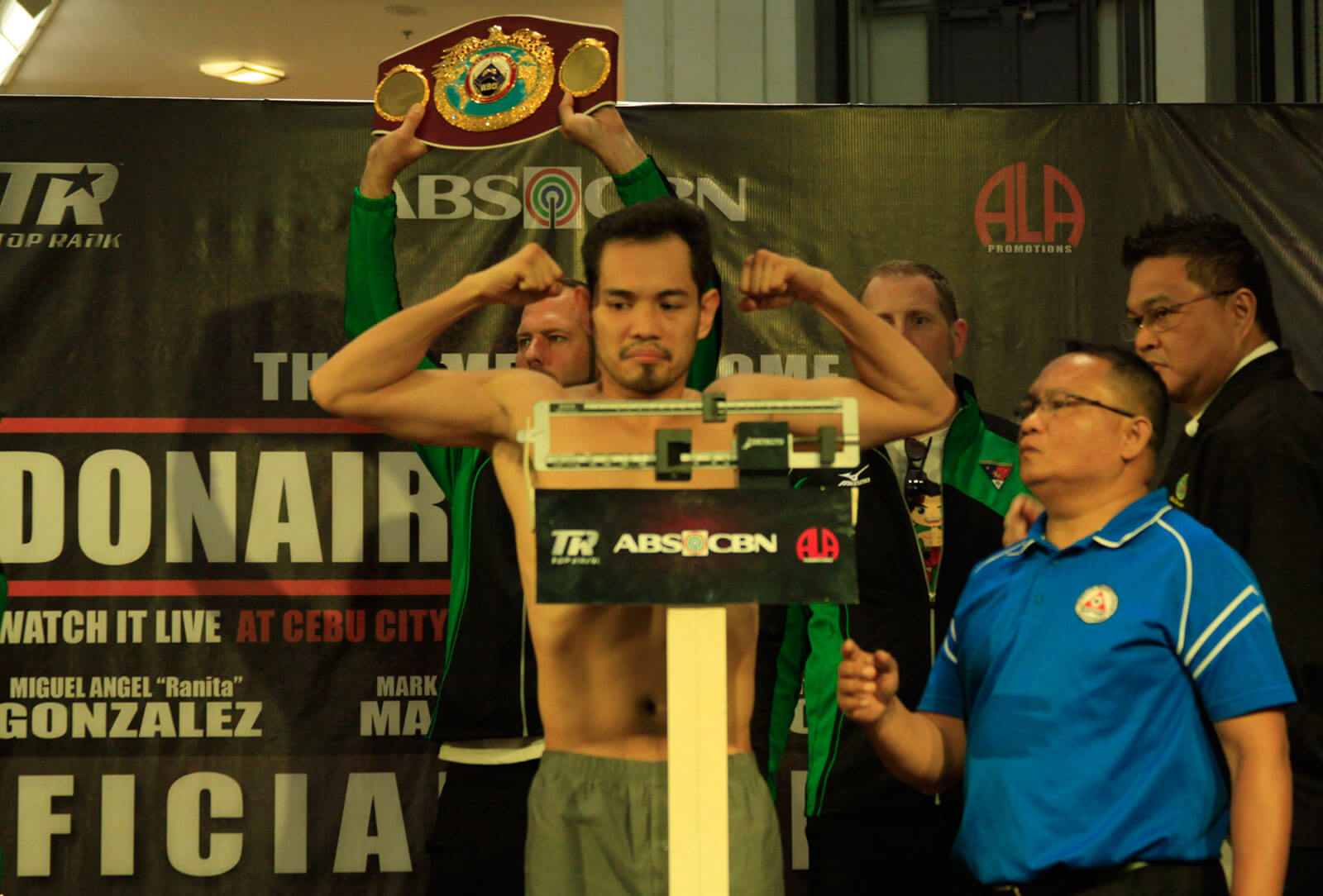 DIFFERENT FIGHTER. Nonito Donaire Jr., the five-division world champion, said he is a different fighter now than how he was years ago, when he relied on sheer talent and admitted that at times, he wouldn’t study his opponents’ film.

“I was given a situation, a breaking point with my defeat with Walters. For the first time in my life, I went down…I realized I needed to change, I’ve always been ungrateful, I’ve always been about ‘me, me, me,” he said.

Donaire said he and his team went on an adventure and a series of seminars after that defeat, and that’s when he learned to be grateful and be more appreciative of the things he has.

“The hardest thing to is for a man to face himself in the mirror and realize that I make mistakes…that’s when gratitude came into the picture, you realize that the love my family and my team show me is more than enough.”

After losing to Walters, he fought twice before taking the vacant WBO super bantamweight belt from Cesar Juarez in one of the best fights of 2015.

On the other hand, Bedak, a former Olympian is happy to get a chance to fight in Cebu.

Top Rank, ALA Promotions and ABS CBN expect to have more than 15,000 fans for the fight, which also features the WBC continental Americas super featherweight bout between Paul “Showtime” Fleming and Miguel Angel Gonzalez and an the WBO international featherweight title bout between undefeated Mark Magsayo and the dangerous Chris Avalos.

Avalos’ camp has described the fight as a battle between a man and a boy.

“I have seen and studied his fights and we have formulated a strategy with my coach,” Magsayo said,

Avalos, who is 24-4 with 19KOs, said he isn;t looking for a knockout against Magsayo, who is undefeated in 13 fights.

“I came here to fight with a game plan and I’m sticking to that. If it comes, it comes,” he said.

Michael Aldeguer, who is Magsayo’s promoter, admits his ward is in for a tough night.

“It’s always going to be a risk. Mark knows what we have planned for him, but for him to be a great fighter, you have to go through the great fighters. Mark has to win,” he said. 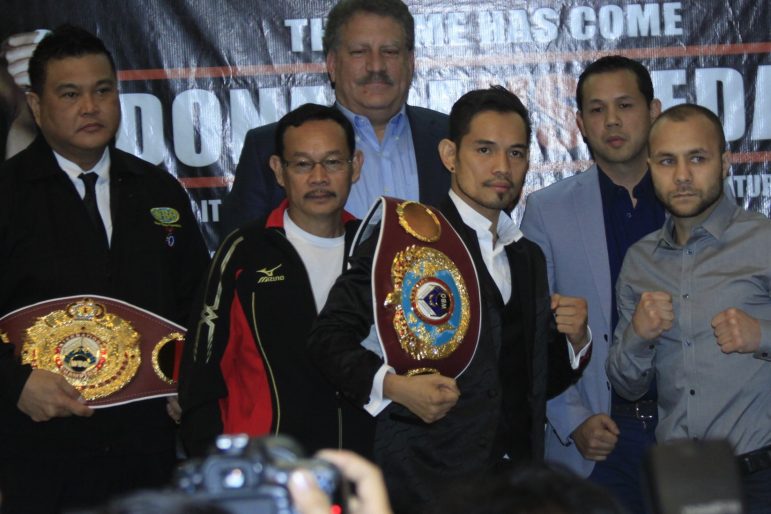 This is the roundup of stories that came out in local publications today, April 22, 2016. Fight day traffic The Cebu City Transportation Office is… This is the roundup of stories that came out in local publications today, April 21, 2016. DU30, One Cebu seal political alliance DAVAO City mayor…