Cebu students get coding intro in Hour of Code in Accenture School principal Rosemarie Novabos was apprehensive. Her students at OPRRA National High School only started ICT classes this year and they were already being invited by Accenture to join Saturday’s Hour of Code.

While she told ICT coordinator Vince Impel to “immediately say yes” to the invitation by Accenture, whom she described as an important stakeholder of their school, she admitted to being apprehensive because the activity involved “coding.”

This will be fun, Accenture Managing Director, Technology Arvin Yason tells students of OPRRA National High School at the start of their Hour of Code session.

Her students, on the other hand, said they were excited by the opportunity. Most said in an interview that the only experience they had with computers before the Hour of Code at the Accenture office in Cebu IT Park was to play games. Impel said their lessons so far were only on how to use the PC and some office applications.

For Grade 10 student Marites Hagoyahay, time on the computer meant using Facebook and YouTube. But on Saturday, she was among the first to finish 2 modules for the Hour of Code – essentially 2 hours of work in less than an hour. One involved control of Disney characters on the screen by manipulating blocks of code and the other an introduction to concepts on artificial intelligence (AI).

It was really fun and exciting and I learned from it, Hagoyahay said in an interview.

Encourage to take up STEAM

“We must give our students, our youth, that kickstart to encourage them to go to STEAM (Science, Technology, Engineering, Arts, and Mathematics),” said Accenture Managing Director, Technology Arvin Yason. “This Hour of Code is a fantastic example, fantastic venue for organizations like Accenture.”

FIRST TO COMPLETE. Kenth Bryan Suquib was first to complete the tasks in his group. Although he has been considering taking up Chemical Engineering, he said he is also looking into programming as a career option.

He said he’s hoping the Hour of Code will also have a similar impact on the students they hosted.

Accenture chose OPRRA National High School because it is a recipient of computers donated by the company.

“We’re very happy to know and see how technology is enabling these students and all it took is one yes and a commitment to say yes, we wanna do it. Now they are enabling more of their students with all these skills,” said Accenture Media and Analyst Relations Lead Grace Cuenca.

AI CONCEPTS. For this year’s Hour of Code, Accenture built a module that introduced participants to concepts on AI.

Accenture has hosted Hour of Code in Cebu for 3 years, mostly with students of Passerelles Numérique. What differentiates this year’s session is the inclusion of an introduction to AI.

Accenture built a module for students to “discover how various AI techniques can teach a robot to explore a new planet — including recognizing animals and plants, understanding a new language, and conversing with inhabitants.”

Yason said encouraging the youth to take up coding is important in light of what he described as a “global war for talent.”

“There is a large demand for computer science professionals globally. In the US. for example, there are for any given year demand for almost half a million computer science jobs. And they only graduate 40,000 CS majors every year. Not enough to fill the demand,” he said.

In the Philippines, there is also a shortage of talent.

VOLUNTEERS. Accenture programmer Joyce Anne Dreyfus gives Grade 10 student Clint Manolat tips in programming Elsa to move on the screen. When Accenture Cebu opened slots for volunteers to the Hour of Code, it was filled up in minutes, said Managing Director Arvin Yason.

Yason said Accenture employees were also enthusiastic in volunteering for the program, with slots filled up in minuted.

“It’s providing opportunities to people. It’s a way for us to pay forward, invest in the youth, and invest in the country also,” he added. 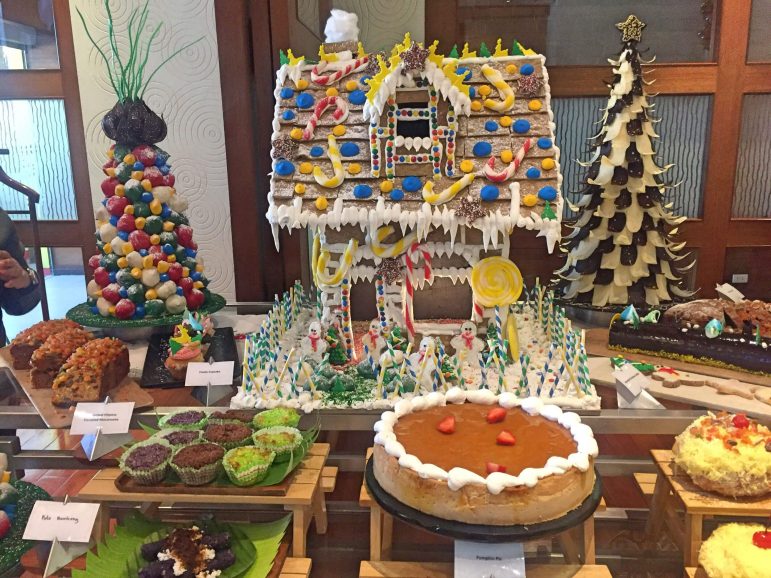 Marco Polo Plaza Cebu unveiled in a special preview its Festive Buffet set for the Christmas season, and it is another level of delicious. Available…