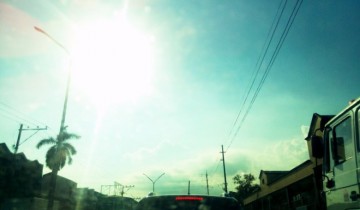 It will be “very hot: in the days ahead, the Philippine Atmospheric, Geophysical and Astronomical Services Administration (PAG-ASA) warned the public.

PAG-ASA Visayas Director Oscar Tabada told Sun.Star Cebu the rains toward the end of the month and in August and September will be shorter. He said people should learn lessons from the latest El Niño episode last March to May when temperatures rose and water became scarce.

“The people must optimize daily consumption to save water. If there are still rains in the next few weeks, please find ways to store rainwater. Take precautionary measures to minimize the effect of heat stress due to increasing temperature.” — PAG-ASA Mactan chief Al Quiblat, according to Sun.Star Cebu

Recent heavy downpours have restored the water level in Jaclupan, Talisay City and Buhisan Dam in Cebu City, said Metropolitan Cebu Water District (MCWD) General Manager Ernie Delco. When El Niño was at its peak in May, the Jaclupan well, which averages a daily water production of 33,000 cubic meters, only had 10,000 cubic meters a day.

EXPECT HOTTER DAYS AHEAD, that is the advice of the weather bureau to the public.

With traffic congestion being the biggest problem among residents of Metro Cebu, the Cebu City Traffic Operations Management (CITOM) is seeking closer coordination with the Traffic Enforcement Agency of Mandaue (TEAM) . The CITOM board wants a “joint traffic cooperation agreement” between the cities of Cebu and Mandaue.

“This is for us to avoid the same problems before like in S. Osmeña rerouting. This is also because of the several ongoing projects in both cities because what happens in Mandaue will affect Cebu City.” — CITOM executive director Rafael Yap, according to Cebu Daily News

The CITOM authorized Yap to start talks with Mandaue on the traffic agreement.

Yap said the move is an offshoot of a bill proposed by Cebu 6th District Representative Luigi Quisumbing for the setting up of a Metro Cebu Traffic Management Authority.

Unless the Office of the President orders them otherwise, the Department of Interior and Local Government (DILG) Central Visayas will start investigating today the complaint filed against Cebu City Mayor Michael Rama and members of the Cebu City Council over the release of P20,000 as calamity aid.

Rama and other Cebu City officials had asked the Office of the President and the central office of the DILG to move the inquiry to this September because of “serious doubts on the accuracy and/or completeness of the issues and exhibits.”

The inquiry, according to Cebu Daily News, is set to start this afternoon and end on Thursday.
Cebu City released P20,000 as acrosss-the-board calamity assistance to its employees and officials in 2013 after the devastation wrought in the region by the October 15 earthquake and SuperTyphoon Yolanda in that year. Lawyer Reymelio Delute, who filed the administrative case last year for grave abuse of authority and grave misconduct against Rama and the city officials, said they misrepresented themselves as calamity victims in order to receive the money.

Buy only from school canteens and never from street vendors you do not know, that was the advice of the Department of Education (DEPED) Central Visayas to school children.

DEPED 7 Director Dr. Juliet Jeruta said parents should be told during meetings pf the Parents-Teachers Association (PTA) to make sure their children buy only from the school’s canteen.

“Their children should be instructed not to buy food from the streets. They should not buy from vendors they don’t know and if they don’t know who prepared the food.” — DEPED 7 Director Dr. Juliet Jeruta, according to Cebu Daily News

She told administrators to only allow vendors with sanitary permits from the Department of Health to sell within the school’s vicinity.

“This is to promote responsible tourism, to conserve natural sites and to promote well-being of the host communities.” — Joselito Costas, Capitol consultant on ecotourism projects

» Disaster-proof telecoms technology to be set up in Central Visayas

The head of the Lapu-Lapu City Traffic Management System (CTMS) suggested trying number-coding or color-coding to deal with the traffic gridlock in Metro Cebu. CTMS…