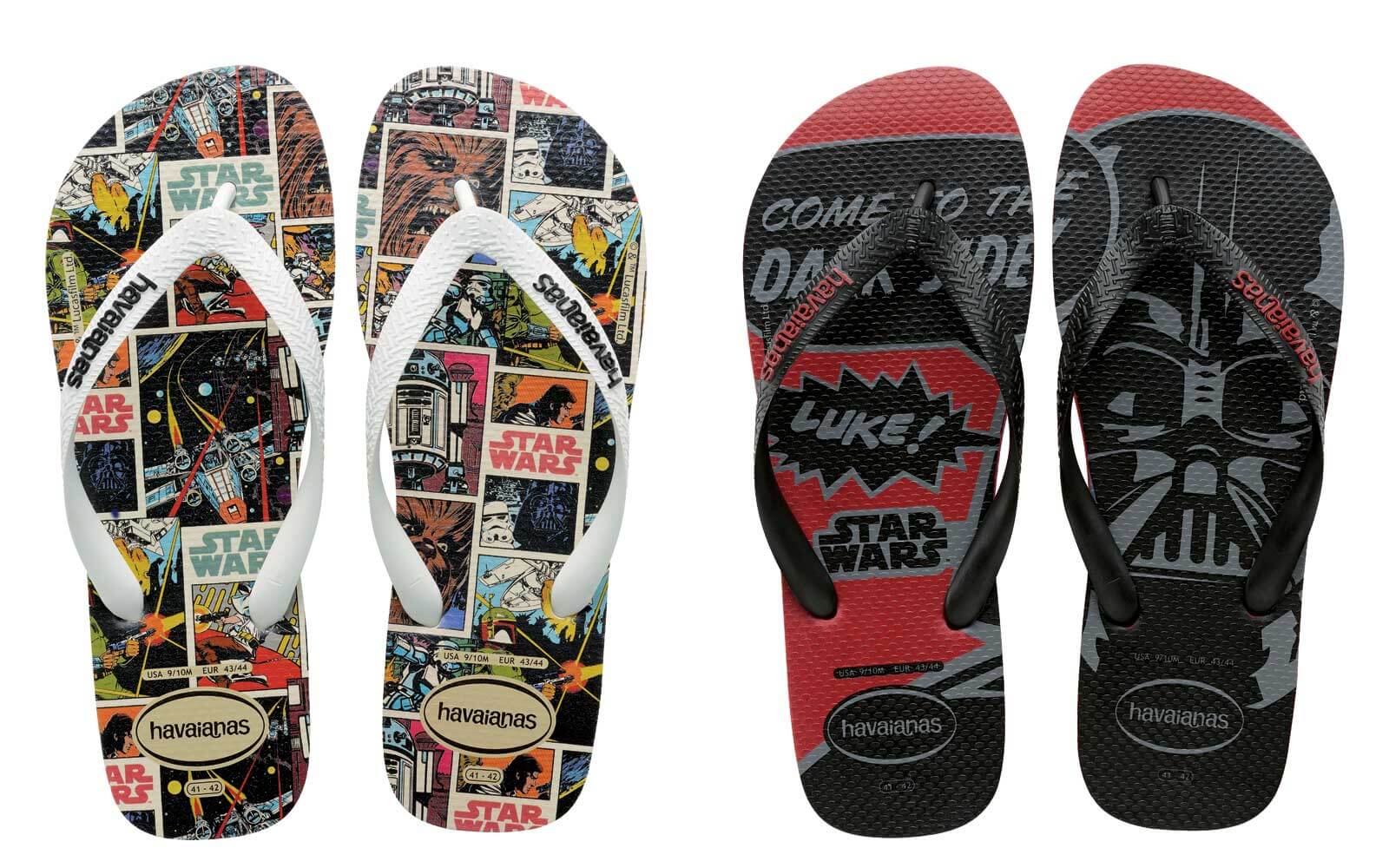 What better way to celebrate the new chapter in the saga, Star Wars: The Force Awakens, than with a flip-flop pair or two adorned with such iconic characters as the skillful Jedi, fearless Stormtroopers, wise and powerful Yoda, robot duo C3-PO and R2-D2, young and heroic Luke Skywalker and the dark side’s villain of all villains, Darth Vader?

For the millions whose hearts beat with anticipation as the line “a long time ago in a galaxy far, far away…” flashes on the screen while a familiar futuristic orchestra plays on and Jedis duel Siths with their light sabers, Havaianas presents the Star Wars line that allows them to relive those glorious movie moments.

What better way to channel the force than through flip-flops with a Star Wars-inspired feel? The collection is now available at selected Havaianas retailers nationwide. They cost P1,245 each for the adult’s and P1,045 for the kid’s models.

To promote the collection, Havaianas held on Saturday an exclusive screening of Star Wars: The Force Awakens in the Director’s Club in SM Seaside City in Cebu City.

When you let go, the force of the drop will take you on a spiral spin along the sides of a concave structure before plunging you into the water through a bottom hole in an exhilarating space bowl experience at Jpark Island Resort and Waterpark. The space bowl slide, a 48-meter fall into a six feet deep pool, is among the top draws and possibly the scariest activity at the Cebu resort’s famous Waterpark, possibly rivaled only by the giant green slide.