Helping relatives in Leyte after Typhoon Yolanda wrought its devastation four years ago this month made IT professional Cloyd Dedicatoria realize how woefully unprepared the country was for dealing with widescale devastation and emergencies.

Dedicatoria, founder and chief executive officer of Sugbotek, drove to Leyte with a family member to bring food, water and other supplies needed by relatives. He said government response shocked him. There was disorder to the point looting “became normal.” Relief goods were not immediately distributed because of problems in managing distribution, he said.

A response team from the Metropolitan Manila Development Authority arrived seven days after Yolanda hit and just as Dedicatoria was heading back to Cebu. The team was delayed after getting stranded.

“I think the problem is the coordination. How we can set up a communication system nga ma usa ta ni, ma integrate ta ni,” Dedicatoria said in an interview on Monday.

What he saw in the response to Yolanda made him think about setting up a system that will integrate disaster response and management, he said.

When the officials of 7core Communications Inc., the hardware and connectivity company that he is a part of, were planning company initiatives for 2014, he proposed spinning off a software unit to build, among other things, a system for emergency response and management.

During the Kadaugan sa Mactan in April of 2014, Dedicatoria and his team set up a command center to manage and monitor peace and order during the annual festival. In Sinulog 2015, they created a friend finder app. EMERGENCY RESPONSE. Cloyd Bere Dedicatoria, founder and CEO of Sugbotek, talks about the Guardian app and system that seeks to be a platform for emergency response and management.

In the coming weeks, Dedicatoria and his team will test the deployment of an emergency response and management system informed by his Yolanda experience. The Guardian app and system will be deployed in an initial group of four Cebu City barangays – Apas, Tisa, Sto. Niño, and Poblacion Pardo.

Guardian is more than just an app – it is a system that links citizens, government agencies that deal with emergencies, first responders, and volunteers.

Guardian has two versions of its app, one for responders and another for volunteers. The team is still working on the apps and will be making these available on Google Play and the Apple App Store.

Through the app, citizens can report incidents such as a fire, crime, or medical emergency with just one tap on the app. That report will be received and processed by a Guardian command center. Using technology and algorithms, the command center will then forward the report to the appropriate agency.

The Guardian ecosystem also simplifies volunteering and the deployment of volunteers. This, he said during the interview, was added because of what they observed during the Yolanda response – many wanted to volunteer but there wasn’t a system that facilitated sign-ups and managed deployment.

When asked about vulnerability of the system to prank reports – a frequent problem of phone-based systems as reported by police, Dedicatoria said this wasn’t an issue. They get a lot of information from reports – including location and the machine identification of phones – that they can trace those who use the app to send prank reports.

The Guardian team is already looking ahead and beyond the current capabilities being deployed. Dedicatoria said they are working on a system that will use TV white space to make sure there is still connectivity even if the telecommunications infrastructure is down. This is another lesson he learned from Yolanda.

The Guardian team and the four barangays are still awaiting donated computer units from a utility company before the initial deployment will start. Barangays, Dedicatoria said, will serve as incident centers that will receive the initial report. The barangay unit can be as minimal as just two manned computers, one to serve as call taker, the other as dispatcher.

Guardian is talking to several local government units, including the Cebu Provincial Government, for a possible province-wide deployment of the system.

The system is free to deploy – the LGU, however, will need to spend for equipment that will be used for it. If a barangay is interested to use Guardian, Dedicatoria said, they can just sign up and if they already have computer units with internet connectivity, they can immediately tap the system.

Barangays without computers and internet connectivity can just sign up for a monthly subscription that will come with computer units, connectivity and enable them to tap Guardian, Dedicatoria said.

The system, he added, is extensible and can be deployed not only for government agencies but as an enterprise solution for companies like utilities. This, he said, will be a paid service that can help support the free deployment in barangays and other government units. 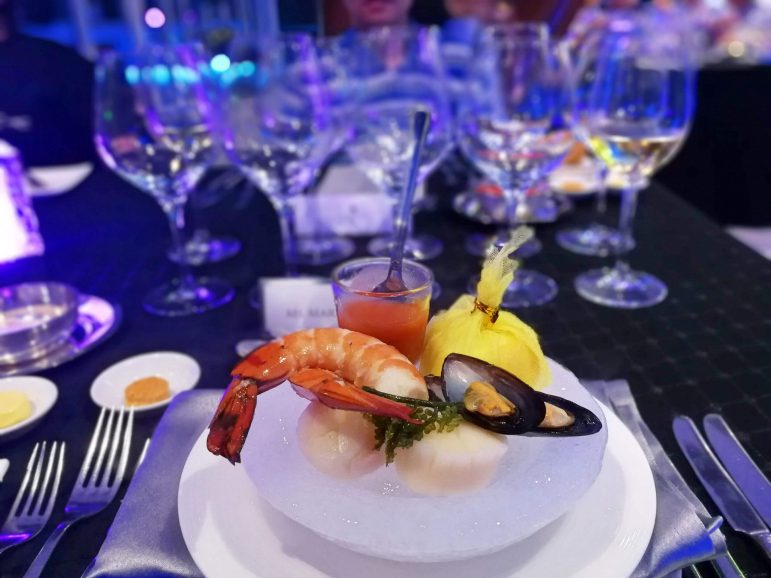 Seafood on ice, it said on the menu. It doesn’t quite describe the delight of an appetizer that formally started our Moonlit Wine Dinner at…

Observing Kalag-Kalag can be challenging, what with the throngs of people making their way to cemeteries to pay respects to departed loved ones. With the…