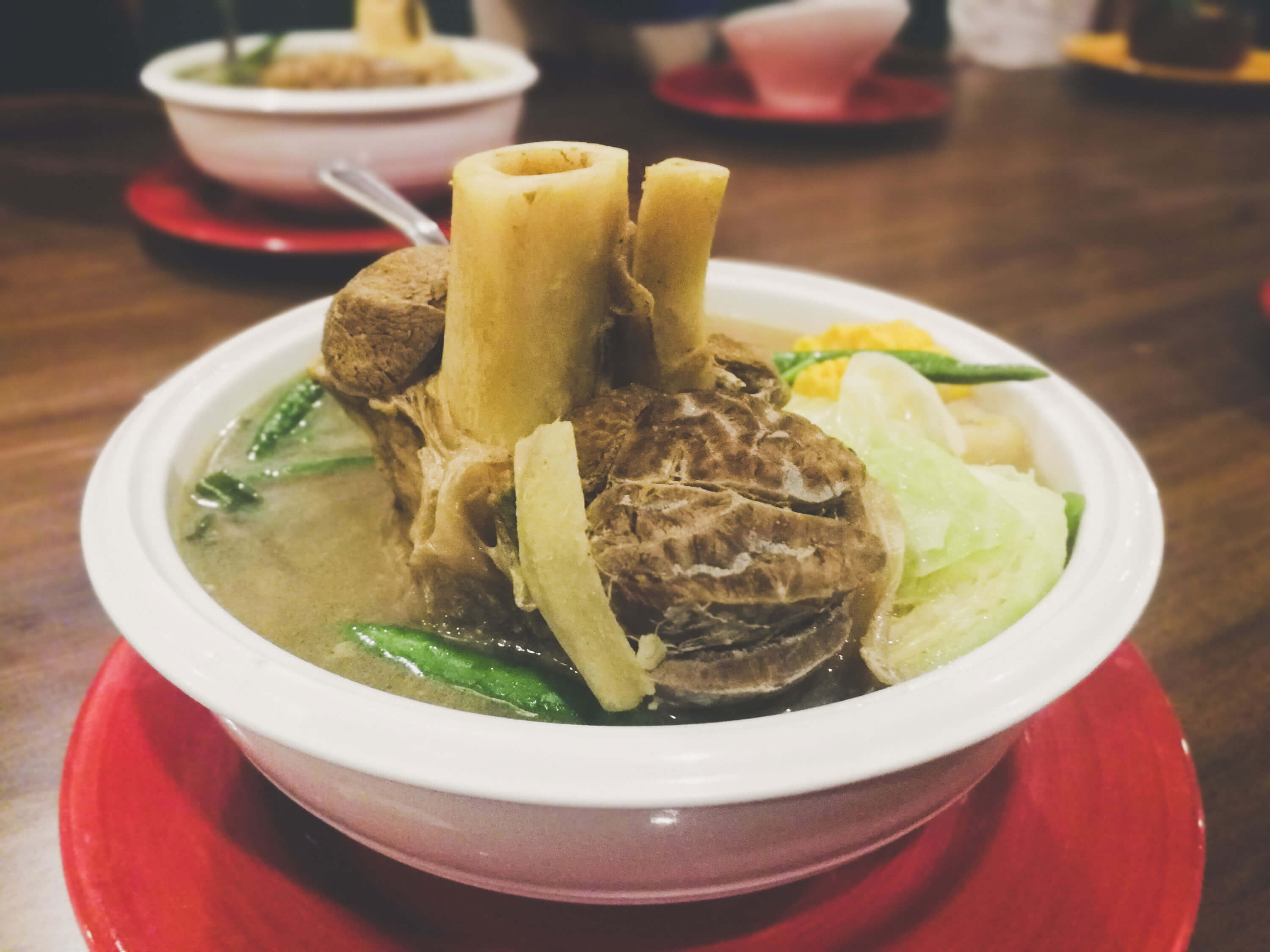 Simple and authentic, the Humba Cebuana of Golden Prince Hotel and Suites exemplifies the Filipino dishes that it has made available in its ala carte menu beginning in May to highlight the celebration of National Heritage Month.

The dish is the typical humba that can be found in Cebuano homes: cooked slow to make the meat tender and prepared with boiled egg and saba (a banana variety), said Aaron Que, Vice President for Corporate Communications.

Humba Cebuana and other Filipino dishes like pochero and sinuglaw can now be ordered for lunch or dinner from 12 noon to 10 p.m. at Golden Prince’s Kabilin Heritage Lounge.

Golden Prince’s Pochero Cebuano uses uses beef shank since Cebuanos love to feast on the marrow in the bones. To bring out the flavor of the beef, it’s simmered for no less than an hour. Corn, banana, string beans, and cabbage are added to the mix.

The vegetables in Cebu’s pochero differentiates it from a similar dish in Luzon called bulalo, according to Louella Alix, the hotel’s heritage ambassador.

Other items in the menu include the sinuglaw, a dish originating from Mindanao that combines grilled pork with fish ceviche, shrimp halanghalang, and Pescador, which takes inspiration from escabeche. Golden Prince’s main fish dish is deep fried grouper with sweet and sour sauce on the side.

Cebuano cooking is based on the freshness of the ingredients and this is one thing that Kabilin can guarantee for its newly launched ala carte dishes.

Alix likened dining at Kabilin as being a dinner guest of a Cebuano home as the food items are family favorites,

With the launch of its ala carte menu, Kabilin also introduced a new line of iced and hot tea drinks by Signature Estate. The tea varieties are of single origin from the Assam Estate in India.

HERITAGE DISHES. Louella Alix, Golden Prince Hotel and Suites heritage ambassador, and Aaron Que, vice president for corporate communications, with two of the hotel’s chefs during the presentation of their Filipino dishes.

The tea selections, blended with such spices as cardamom, ginger, cinnamon, and pepper, are said to be good pairing for the heavy Filipino cuisine.

Kabilin, described as the “first heritage home in a hotel,” was awarded early this year with the Best Merienda Buffet in Cebu. The merienda or snack buffet is served daily from 2p.m. to 6 p.m.

PLDT wireless arm Smart Communications, Inc. is ramping up the rollout of Long Term Evolution (LTE) technology across the Eastern Visayas to improve the mobile…

SaladStop! has opened its 15th branch in the Philippines and 2nd in Cebu at the Oakridge Business Park. SaladStop! is the leading salad bar chain…