Globe Telecom is continuing to invest aggressively in building on its capacities in a bid to future-proof its network amid continuing adoption of smartphone use among its customers.

“As more and more of our customers shift to a digital lifestyle, Globe is continuing to make data-driven capital investments to provide increased network capacities and enhance customer satisfaction. This will build capacities of our network to handle the explosive growth of data traffic of our customers,” said Globe President & CEO Ernest Cu.

Cu noted robust customer uptake in the first half of the year as Globe continues to be the network of choice for smartphone users, the company said.

Globe capital expenditure in the first half of the year stood at P11.4 billion, bulk of which were allocated for data-related projects that include investments for the company’s broadband network, capacities for wireless data, LTE, domestic and international transmission facilities. A significant portion of the company’s capex for the year were also allotted for its IT infrastructure as Globe continues to create platform for new products as well as to build on its IT transmission initiatives, said Cu.

“These investments are intended to provide our customers with holistic digital experience. We expect growth in smartphone use to continue and that presents a very good opportunity for us moving forward. Globe has committed itself out to building on its capacities to ensure that the data requirement of our customers continues to be served,” said Cu, noting that more than a third of Globe mobile customers are using smartphones.

According to Cu, the quality of service from the Globe network has driven the company’s underlying growth in broadband mobile data and strengthened its position as the choice of network for smartphone users in the Philippines.

Globe solidified its leadership in mobile data business after it registered in the January-June period P9.5 billion in mobile browsing and other data revenues, a 53% growth from previous year’s level of P6.2 billion in the first six months of the year. This achievement brought the contribution of mobile data revenues to total mobile revenues by 23% as of 1st half of 2015, coming from 16% the previous year.

With mobile data business growing at a rapid pace, data users from overall Globe mobile customer base have grown to 37% during the same period, a substantial increase from previous year’s 17%. Wireless data traffic on the Globe network has also increased by 82% year-on-year with the growing number of smartphone users and applications that leverage the internet.

Aside from the growing number of smartphone users in the Globe network, sustained emergence of various products and services that include OTT applications, music, video streaming, gaming and social media that leverage the internet and data also provided support for the company’s mobile data business.

“Through various partnerships with global digital giants, we have built a portfolio of products and services that provide relevant content to fit our customers’ digital lifestyle. We also continue to capitalize on these partnerships to further seed data adoption among our customer base,” said Cu.

Such partnerships not only benefitted Globe but also helped these content providers establish a strong foothold in the Philippine market, Cu emphasized. For instance, Spotify, a Globe partner in music streaming, has so far streamed 2.5 billion songs, making the Philippines the fastest growing music streaming market in Asia and second in the world. Hooq, Asia’s first over-the-top video service, has streamed over 3 million minutes since its launch in February this year.

Also, as a result of the company’s ground-breaking partnership with Facebook, the social networking site has over 18 million in daily active users, growing by 50% from a year earlier. “These are testaments to the growth of Philippine market and our role through our partnerships in shaping this growth,” he added.

In the first half of the year, Globe Telecom’s consolidated revenues reached a record level of P53.8 billion, 13% higher than the P47.7 billion reported a year earlier. This yielded a core net profit of P8.6 billion, a 14% jump from a year earlier while EBITDA was at P22.7 billion, 19% higher against P19.1 billion a year earlier.

Growth in mobile broadband across Asia Pacific is expected to surge as more and more people are likely to start using smartphones and embrace data connectivity. Estimates indicate the region will have 1.9 billion LTE users and about the same number of 3G users by 2020. (Press Release) 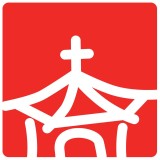 MyCebu.ph works with the top brands in the country to reach out to the Cebu market. For inquiries, please send an email to [email protected].