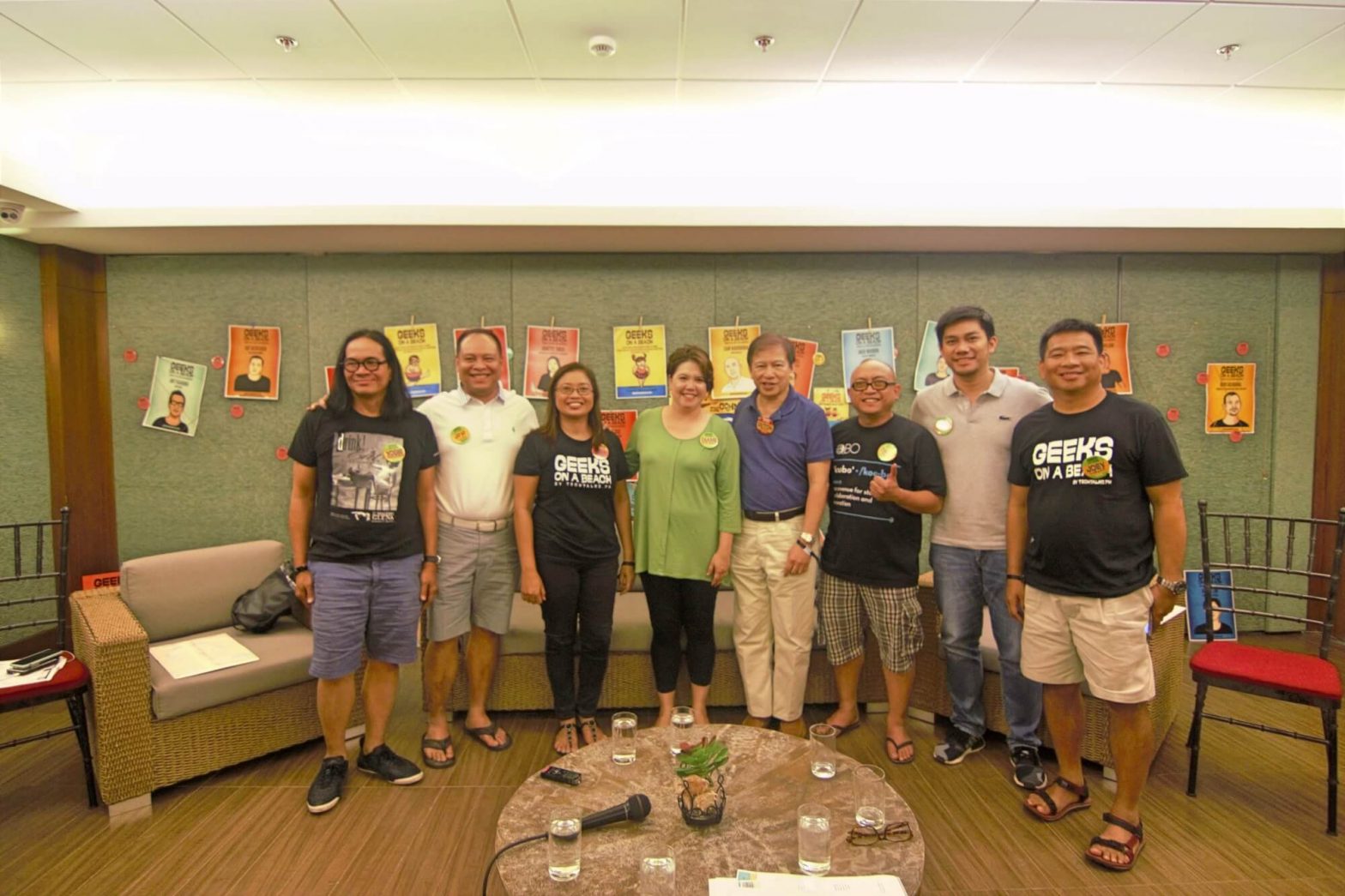 Some 400 participants from government and the private sector, including successful technology entrepreneurs from Southeast Asia and Silicon Valley, gathered in Puerto Princesa, Palawan for Geeks on a Beach 2017, which started today.

For two days, participants will get to listen to valuable insights from big names in the startup and technology community. There will be keynotes, panels, and discussions with separate breakout tracks in between.

Successful Filipino-Americans Yobie Benjamin and Aldo Carrascoso lead the list of the world’s prominent names in the field of startups and technology who arrived at the Princesa Garden Island Resort and Spa Hotel in Puerto Princesa, Palawan.

This will be followed by the panel “How Founders Can Navigate Treacherous Seas; Path to potential Unicorns in the Philippines” where technopreneurs from Tokien.io, ClickSWITCH.com, GlycoProX Biosciences, Veem, Jukin Media & Verego, Plug and Play Technology Center, InnoVantage, Inc., StartUp Village, and MobKard will display the story of their success.

Another panel entitled “Startup Ecosystem – How to increase the number of successful startups in the Philippines” will highlight speakers from the DICT, Department of Science and Technology – PCIEERD, Department of Trade and Industry, TechTalks.ph, IdeaSpace Foundation, and the Philippine Software Industry Association (PSIA).

An investor panel which will bring together tech, design, and startup entrepreneurs to brush shoulders with the world’s biggest venture capitalists and investors in the tech world will meanwhile feature Greylock Ventures, North Ridge Partners, Plug and Play, Hatchd Digital, Endeavor Philippines, and Anthill Ventures.

The first day will include the presentation “Startup Nation – The Israel Story” by Sagiv Massad who is the Director of Technology and Cybersecurity for Business Profiles Inc. and Director of the Israel Chamber of Commerce of the Philippines.” Jojo Flores of StartupPH.org will also present “State of the Nation’s Startups: How Competitive can PH Startups Get?”

The panels for the day include “Corporate Digital Transformation: Becoming Victorious in a Collision between Businesses and Today’s Challenging Digital Forces” featuring Dragonpay Corporation, BlastAsia & Xamun Inc., PLDT Innolab, Philippine Chamber of Commerce, Payoneer, and the Puerto Princesa Chamber of Commerce, “The way of Creatives: Establishing a Sustainable Niche in a Disruptive Economy” with creatives ­ startups GrupoMM, CreateCebu, 22 Tango Records, and Altum, and “Role of Incubators and Accelerators in Growing Mature Startups” with the BNEFIT, NICP, IdeaSpace Foundation, Muru-D Singapore, UP Enterprise, QBO, ASEAN Centre of Entrepreneurship, and MaGIC Malaysia.

There are also talks on “Boosting FilipinoTrailblazers in Gaming and Animation” by Synergy88 Digital Inc. Managing Director and Co-Founder Jacqueline Chua, “Cultivating Creativity in the Circular Economy” by Altum Director Carlo Delantar, and “Chinese Tech Investment into ASEAN and How Startups in the Philippines Can Leverage On It” by EnterPH Interviews President Atty, Rocky Chan and Kay-Mok Ku of GobiVC.com.

First staged in 2013, GOAB is organized by TechTalks.ph, powered by Sym.ph, branding by Happy Garaje, and pr by PRWorks. For further details, visit www.GeeksOnABeach.com, follow on Twitter/Facebook Geeks On A Beach. (Press release) 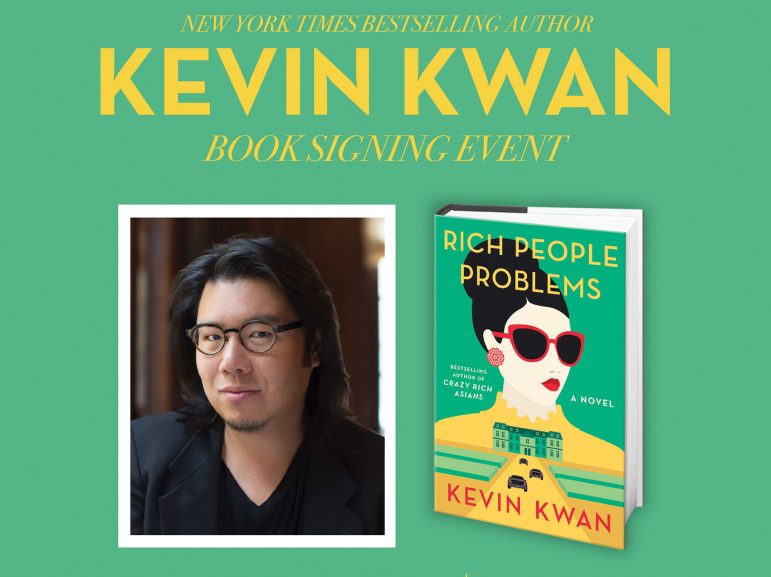 National Book Store will bring international bestselling author Kevin Kwan to Cebu for a book signing on August 27 at 2 p.m. in the City… 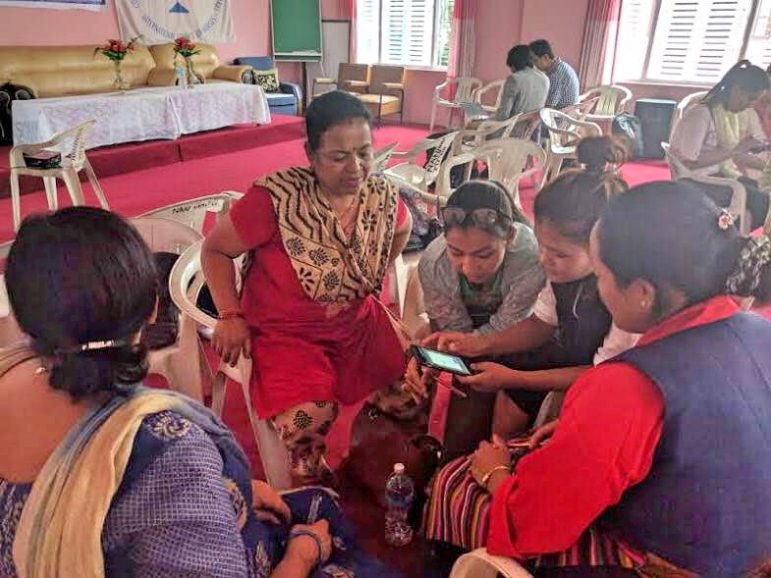 SHINE OS+, an electronic medical record and referral system initiated by PLDT wireless unit Smart Communications Inc. (Smart), has been adopted in Nepal as a…