With GCash Scan To Pay, transactions are quick, cashless 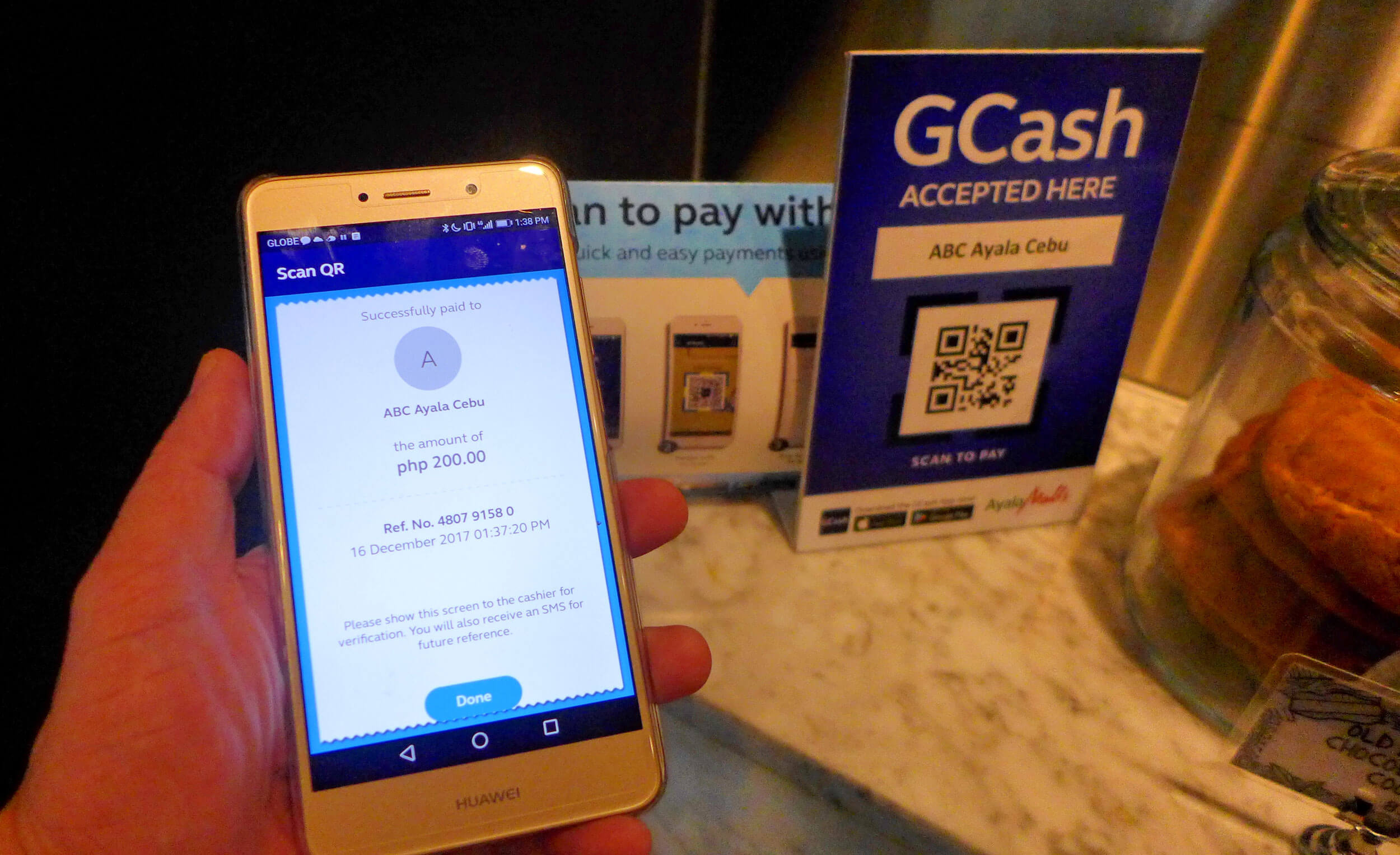 I ordered a pretzel and picked up a loaf of ciabatta to go yesterday at the Abaca Baking Company in Ayala Center Cebu. Instead of reaching for my wallet at the cashier, however, I took out my phone.

I opened the GCash app, chose Pay QR and scanned a QR Code – some sort of barcode – placed near the cashier. The app then prompted me to enter the amount of my bill and after I did so, I was told that the transaction was successful and I got a digital “receipt.”

Just like that, I made my first QR code payment.

It was quick, convenient, and glitch-free. There were no more counting of bills and coins. The cashier did not need to ask whether I had change – a perennial holiday shopping rush problem in stores. I paid the exact amount in less time than it took for cashiers to perform regular transactions.

I also had an updated record of my GCash transactions right within the app: from purchases to receipt of money to cellphone loads.

And since my first GCash Scan To Pay transaction happened this weekend, I also had a 20% cashback on my purchase.

My first QR Code payment happened during GDay in Ayala Cener Cebu. The event, which closes today, was held as a way to promote use of GCash, said Lhen Pavia, VisMin Business Development Head for Mynt, the fintech arm of Globe.

GDay in Cebu is held at the Ayala Center Cebu. The mall is also the first in the province to use GCash Scan To Pay QR code payments. It launched with 50 merchant partners on November 29 and now has about 90 merchants toward a yearend goal of more than 100.

In Davao, GDay is held in Ayala Abreeza Davao.

During GDay, all participating merchants offer a 20% cashback on top of the Christmas sales discount when customers pay using GCash Scan To Pay. The 20% cashback offer is up to P500 per store, per day and will be credited within 3 days.

Moviegoers who use the GCash App to buy tickets at the Ayala Cinemas will also enjoy a P100 one-time cashback. The cashback is only applicable to one ticket per user per day.

GCash will also raffle off P10,000 GCash 3 times daily to customers who will scan to pay for their purchases on partner merchants during the promo period.

“The key is to build an ecosystem for cashless transactions,” said JM Aujero, Mynt Head for Merchant Solutions.

Aujero said regular tasks – such as people buying things, paying for services or receiving their salaries – can be vastly improved if turned into digital operations.

He said merchants can easily and quickly accept digital payments by tapping the GCash platform. They don’t need to buy or rent expensive terminals, deal with certain documentary requirements, or sign up for high cost services and platforms. They just work with GCash, get a QR Code sticker, and start accepting payments, Aujero said.

He also said they are working to add basic analytics to the system so that their vendors would know their top times or highest earning products, among other important information.

Pavia said they are working with more merchants to quickly roll out GCash QR Code payments throughout the country. They are talking to malls and store chains first so that they can easily scale deployment, she said.

She said response to the system has been very enthusiastic with merchants quickly signing up when they started inviting stores.

They are also deploying it to non-retail institutions like schools. GCash can be used not only in canteens but also in paying for school fees. Pavia recounted how a school in Mindanao has a pawnshop inside the campus because it was through it that parents sent money to pay tuition. She said the problem on sending money for school fees can be easily solved by GCash and they are currently working on how to simplify this via integration into the school’s existing system.

Aujero said they are working to expand use of the platforms and this year’s investment by global electronic payments leader Ant Financial of the Alibaba Group provides a strong boost to make this happen in the Philippines.

Waze your way out of Christmas traffic

Christmas is best spent with family and friends. Not on the road and in standstill traffic. Knowing which roads to take or avoid and having…

As a long-time PayMaya user and one who has experienced its many benefits especially in travel, I’m amazed at how this digital payment solution has…