Cheese, chocolates, meat and everything Swiss at Cafe Marco 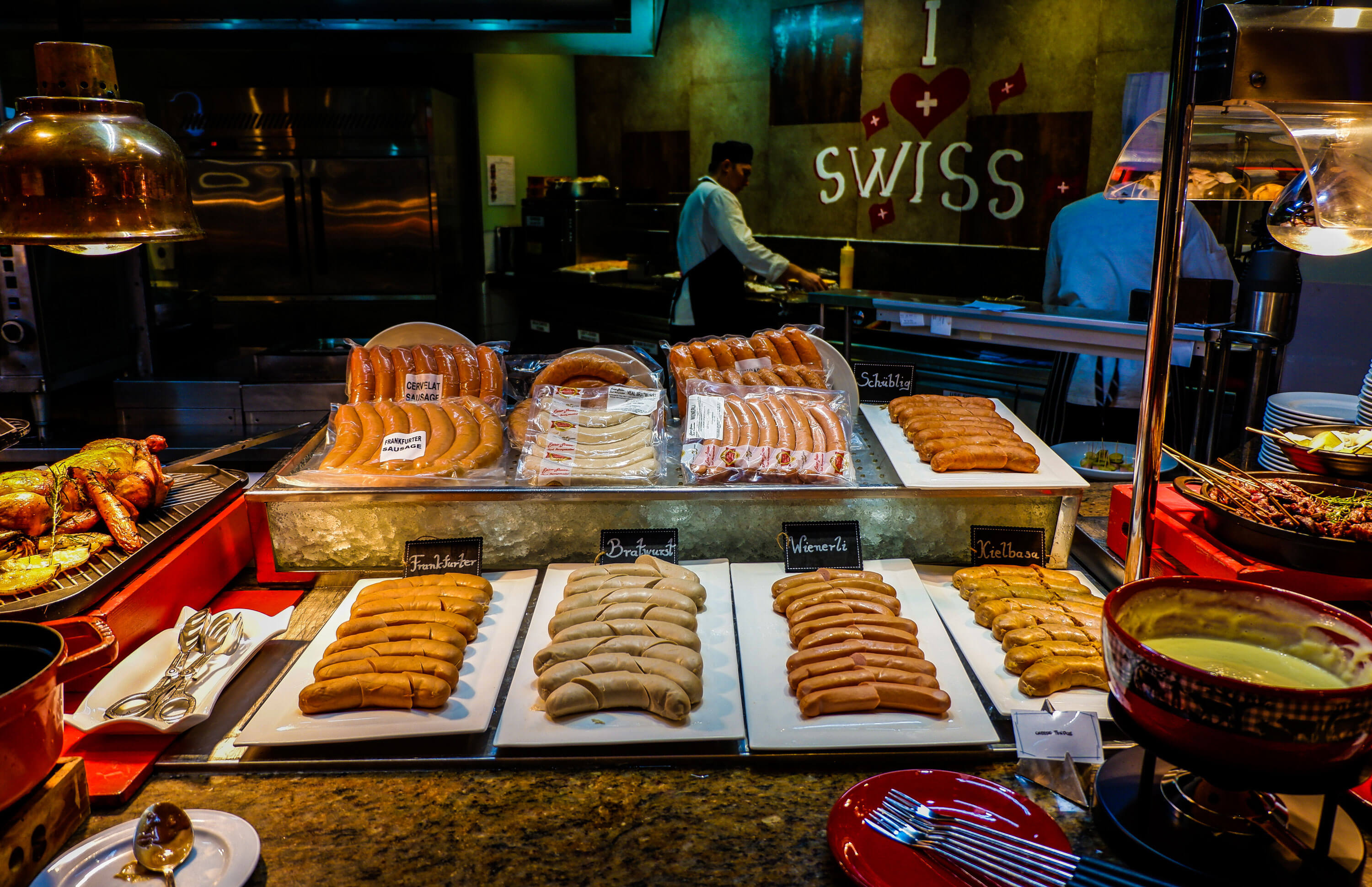 If you love cheese, sausages, chocolates, and everything Swiss, head to Cafe Marco in Marco Polo Plaza as the award-winning food outlet celebrates Swissness from A to Z.

The event is part of the hotel’s Culinary Journeys: a series of events held throughout the year to celebrate food and culture.

Until August 5, Cafe Marco will serve Swiss chocolates, raclette, cheese fondues and meats such as Alpine dried beef to Zurich-style sliced meat on top of its international buffet spread for lunch and dinner.

The culinary event is held in celebration of Switzerland’s National Day on August 1.

“Cafe Marco will feature all things Swiss from appetizers to desserts alongside its international buffet spread,” Marco Polo said in a press release.

OPENING. Marco Polo Plaza General Manager Brian Connelly rings the bell to mark the opening of the media preview of Swissness from A to Z. With Connelly to lead the opening is Resident Manager Michaela Priesner.

As an added treat, guests who dine during the event will have a chance to win a special merchandise from Swiss brand Victorinox.

Swissness from A to Z Media Preview Photos

After a successful first run last year, the Big Bad Wolf Book Sale 2019 will happen in Cebu this month with over a million brand-new…

MCIA Terminal 2’s airport bar, The Cabin by London-based travel F&B operator SSP, was named as Asia Pacific Airport Bar of the Year in the…