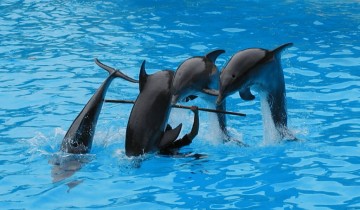 The government has received reports of colorum vehicles operating along the SRP route from Senior Citizens Park to Kasadya sa SRP to Talisay City. They reportedly collect P10 per passenger.

In an environment summit, Dumanjug Mayor Nelson Gamaliel Garcia suggested controlling the population of dolphins, whales, and sharks in the Tañon Strait by killing some of them.

This, as Acting Cebu City Mayor Edgardo Labella announced during the meeting of the Police Coordinating and Advisory Council that they have received complaints about colorum vehicles, or those that operate as public transportation services without a franchise, proliferating in SRP.

These vehicles reportedly ferry passengers from the Senior Citizens Park in front of Cebu City Hall to SRP and even up to Talisay City for P10 per passenger. Based on a report from CITOM operations division head Joy Tumulak, the operation of colorum vehicles at the SRP has been going on for almost a month

“We have received complaints that there is a proliferation of colorum vehicles plying the SRP route. These are private vehicles like multicabs, accepting fares… We have to nip in the bud this irregular and illegal act because they don’t have a franchise.” — Acting Cebu City Mayor Edgardo Labella

Riding in vehicles without a franchise will put passengers at a disadvantage since they will not be covered by insurance in case of vehicular accidents.

PO3 Gregorio Comaingking’s name cropped up as the one giving colorum vehicle operators authority to transport and pick up passengers. He denied allegations, saying he himself and a CITOM officer issued citation tickets against colorum drivers last week.

No public transportation services have been allowed to ply the SRP.

He died at the Cebu Provincial Hospital in Carcar City. He was brought there after his motorcycle was hit by another motorcycle driven by Juven Batatas, 23, of Barangay Lantawan, San Fernando.

Batatas surrendered to the police after the incident. He is now detained at the San Fernando Police Station pending the filing of a formal complaint.

COMPETING WITH PEOPLE. Dumanjug Mayor Nelson Gamaliel Garcia called dolphins, whales and sharks “parasites” and recommended that some of the should be killed. (Creative Commons photo on Flickr by Nico Kaiser)

Dumanjug mayor says whales and sharks “parasites,” some should be killed

Addressing participants of the Tañon Strait Protected Seascape Stakeholders’ Summit in Cebu City, Dumanjug Mayor Nelson Gamaliel Garcia called dolphins, whales and sharks “parasites” and recommended that some of the should be killed.

He said that these marine species have caused a decrease in fish catch and compete with people for food by consuming at least two tons of fish a day. Dumanjug is located right by the strait.

He suggested controlling the population of dolphins, whales, and sharks in the strait by killing some of them.

The Freeman: DTI speeds up installation of “Go Negosyo Centers”