This is the roundup of stories that came out in local publications today, April 21, 2016.

DAVAO City mayor Rodrigo Duterte dropped by Cebu City to join his allies of One Cebu in the formal launch of their alliance. Duterte arrived in Cebu City at 12:03 a.m. from a sortie in Aklan together with vice presidential bet Alan Peter Cayetano.

The alliance of the two parties will further strengthen Mayor Duterte’s candidacy in Cebu and at the same time, allow us to carry One Cebu’s candidates in areas where we have also fielded candidates. Sen. Aquilino Pimentel III in a statement.

Michael Angelo Sarno, the former Toledo City election officer, was “caught” bringing out documents from the Toledo City Comelec office at dawn Tuesday and is now in the middle of a political storm in Toledo City. Sarno was brought to the local police office and had his car searched in the presence of supporters of rivals Mayor John Osmena and Aurelio Espinosa. He was released only after Toledo Election Officer Gallardo Escobar came to his rescue.

Comelec Central Visayas Nick Mendros was angered by the incident, saying Sarno, who has been temporary assigned to Cebu City, asked his permission to go to his office and retrieve his personal files.

What’s the fuss all about? Its still the office of the Comelec even if it is a property of the Toledo City government. The reshuffling is a temporary assignment and it is still his office. What are they scared of? Comelec Director for Central Visayas Jose Nick Mendros.

A HUGE banner touting it as a corruption-free institution was mounted at the facade of the Capitol yesterday. Gov. Hilario Davide III said the banner conveys the message his administration is espousing—good and honest governance.

Capitol has faced accusations from rivals recently for improper use of funds; Former governor Gwen Garcia hit the P40 million beautification program, while last year, Capitol faced accusations of irregularity in the bidding of heavy equipment worth P250 million.

The message ‘Corruption-free institution’ isn’t only a mere slogan but a deafening call by the Cebuanos for what we have started. Gov. Hilario Davide III.

The Freeman: Cops nab P4M worth of drugs in Cebu City, Bantayan

Sun.Star Cebu: Local company to supply coconuts in US

Freeman: Heat leads to 80 percent increase in demand for watermelons

Freeman: Undefeated Fleming vows to steal the show in Donaire vs. Bedak 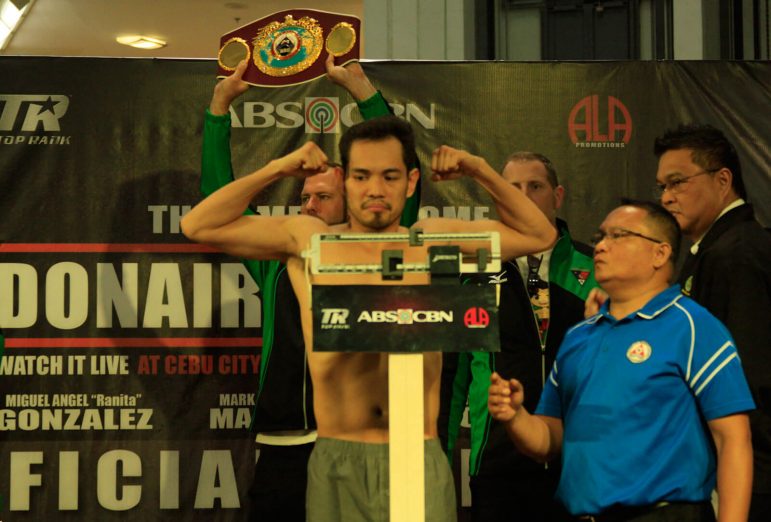 LAHI gyud ang Cebu. An inspired and emotional Nonito Donaire Jr. said he is drawing strength from the support of the Cebuanos and is dedicating… Make Your Own Havaianas 2016 turns Japanese

April marks the onset of full-on sizzling summer in the Philippines. It also marks one of the most anticipated events in the calendar, Make Your…