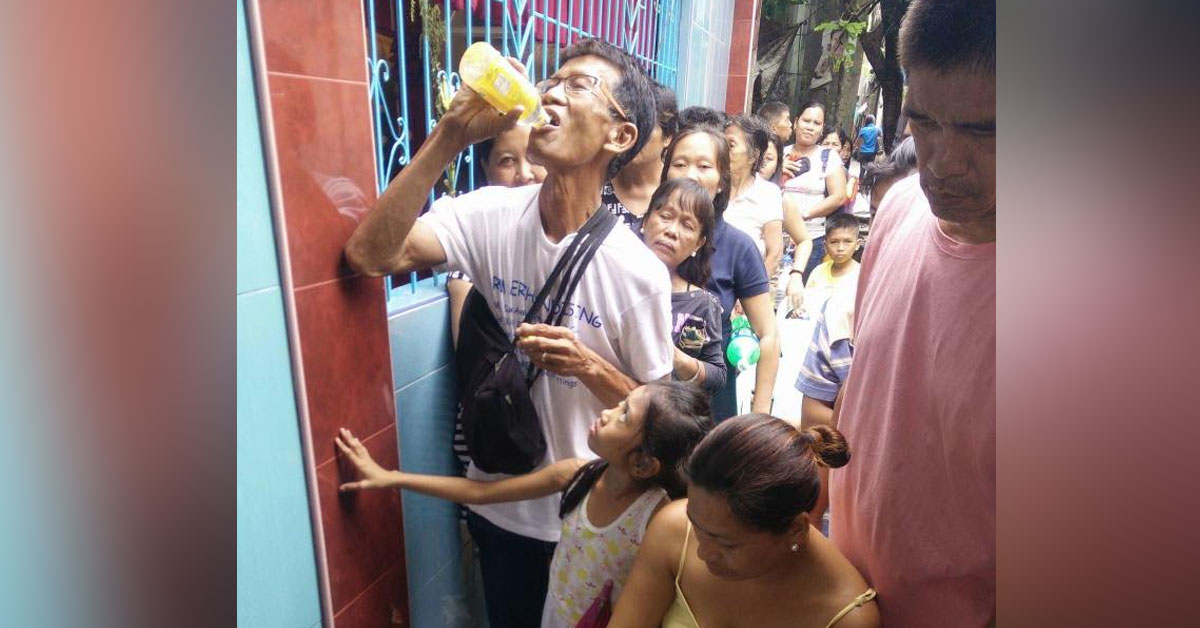 This is the roundup of stories that came out in local publications today, Aug. 1.

CAUTION. Churchgoers lineup to drink water that began dripping from a crack in the San Roque Parish in Basak-Pardo. (Photo from DYLA Facebook page)

After thousands of church-goers began trooping to the San Roque Chapel in Bask-Pardo to drink the supposedly ‘miracle water’ that started seeping from a crack in the wall, a health official issued the warning of the hazards of drinking unsafe water since the source of the water has not been determined yet.

A test should be conducted to determine whether the water is safe or not…we will also coordinate with the Cebu City Health office for updates. Rennan Cimafranca, DOH RESU 7 head.

After a Canadian expert said the P10.6 Bus Rapid Transit in Cebu was not a feasible move, the project faces further road bumps after the implementation was put on hold.

Michelle Collamar is now on hospital arrest after she allegedly enticed Gelyn Salimbaga with a fake promo in an attempt to kidnap her child last Saturday. Salimbaga said she and her one-month old baby were offered a ride by Collamar, who invited her to join a program for mothers that supposedly offered free groceries and cash. She was told to get the birth certificate of her child and when she left the boy in her car to retrieve it, she was no longer there when she returned.

A CCTV footage captured the car’s conduction sticker and they managed to trace the address of Collamar.

» Sun.Star Cebu: 8 foreigners resuced after boat conks out in Danao

» The Freeman: Capitol to hold aid to NGOs that failed to comply with COA policy

» The Freeman: Lapu-Lapu to start tight security for Ironman on Aug. 4

» Cheking Seares: Gov’t, not suspect, has burden of proof

» Lelani P. Echaves: How can one be bored in this world?

» The Freeman Editorial: It’s time for a mass-transport system in Cebu

For P599 a month, customers can get from Smart Bro an iPad Mini 2 with a 1.7GB monthly data allocation plus 1.1GB set aside for…