9 things you need to know about the Donaire vs. Bedak fight 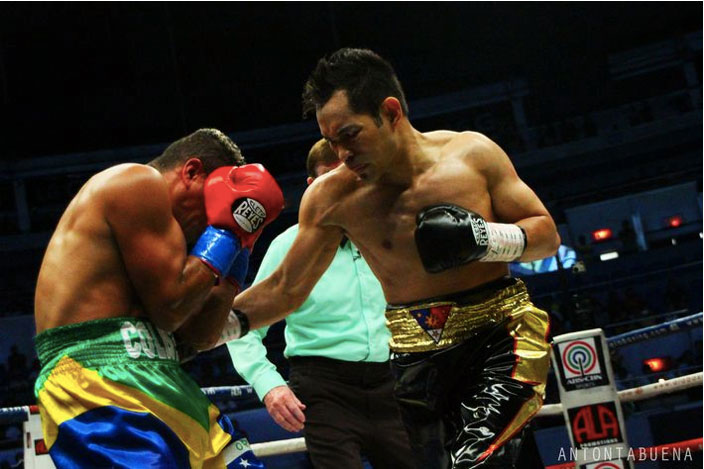 Cebu City will host the biggest boxing match in the Philippines this year on April 23, with Nonito Donaire Jr. himself in the main event. The event, co-promoted by ALA Promotions and Top Rank promotions, is also expected to draw the who’s who in boxing like Manny Pacquiao and Bob Arum himself. Excited? Here are 9 things you need to know about the event.

Nonito Donaire will be fighting in his 17th world title fight in Cebu City on April 23. (Photo from Nonito Donaire Jr’s Facebook page)

This is Nonito Donaire Jr’s first title fight in Cebu and will be his first defense of the WBO super bantamweight title he won against Cesar Juarez.

The Filipino Flash is 36-3 with 23 KOs. He has won his last three fights, two by KOs, since losing the WBA super featherweight title to Nicholas Walters.

Aside from having more knockouts, Donaire has fought more quality opponents like Vic Darchinyan, Cesar Juarez and Jorge Arce. Bedak, on the other hand, got his 10-fight winning streak against boxers who had a combined record of 133 wins, 112 losses and 10 draws. His last three KOs were against Giorgi Gachechiladze (13-9-1), Ignac Kassai (13-28-2), and Michael Isaac Carrero (11-23-3).

This is the second time the Cebu City Sports Center will host a fight, the first one was the Z Gorres vs. Fernando Montiel match. (Montiel, of course, is another famous Donaire victim.) The ring will be in the football pitch, just beyond the rubber oval.

Check the highlights of Donaire’s second-round win over Montiel.

The most expensive is P10,000 and includes cocktails and appetizers, while the cheapest is P50, for those willing to stand the entire fight.

Here’s the breakdown of the ticket prices.

CCSC has limited parking but there are a lot of options if you plan on bringing a car. During previous Azkals matches, fans parked behind the Cebu Normal University campus, while some chose to park at Robinsons Mall and walk to the venue. (It’s only a 10-minute walk away.)

Aside from Donaire, two of the Philippines most exciting fighters Mark Magsayo and Jason Pagara will also see action, while Mexican Miguel Gonzales will be facing Paul Fleming for the WBC Continental America super featherweight crown.

Cebu welcomed the first Emirates flight from Dubai on Wednesday, March 30, at the international airport in Mactan as part of the airline company’s circular…

Heading to the beach this summer? Aside from partying in the sand, you must also be looking forward to taking a lot of awesome photos…