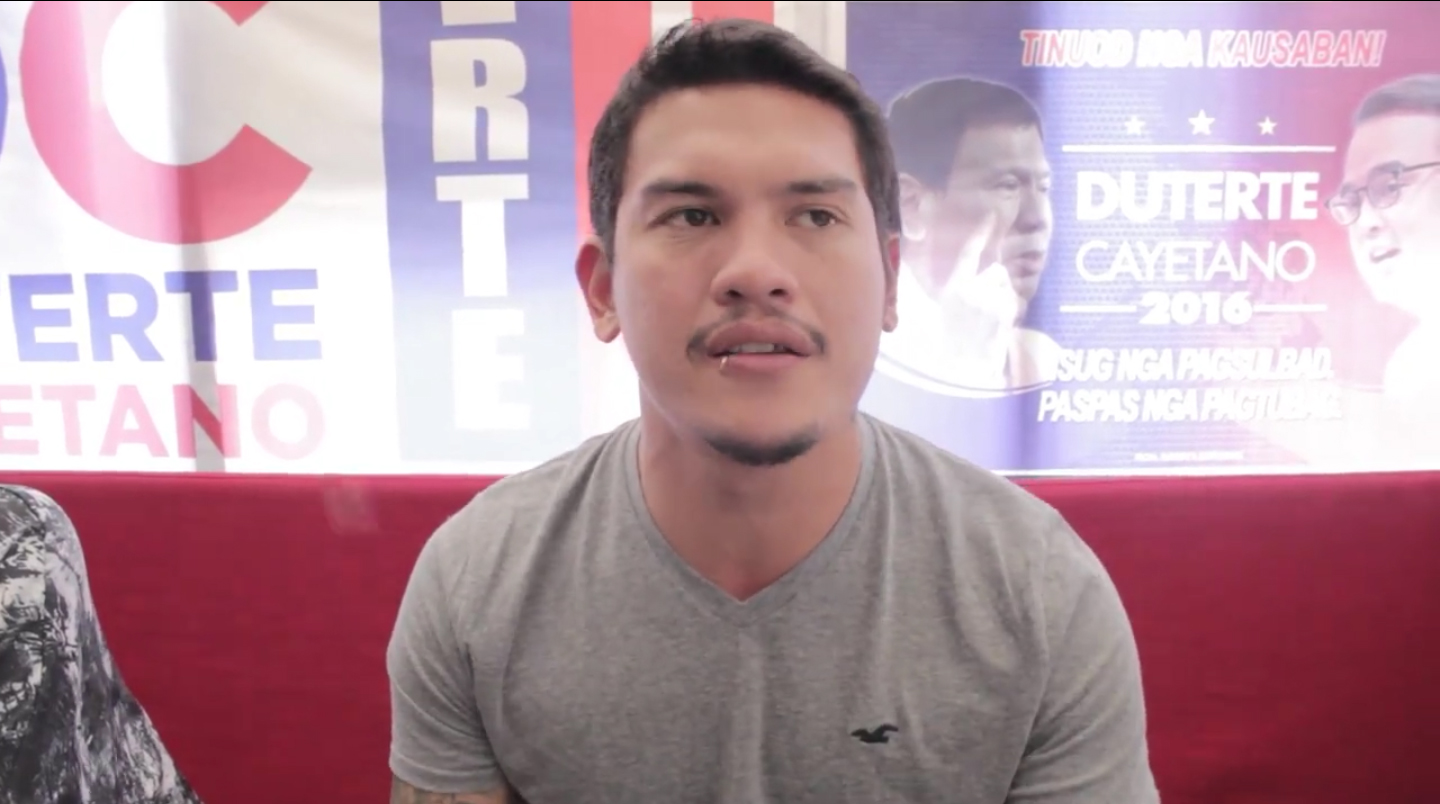 Sebastian “Basti” Duterte says his father, Davao City Mayor Rodrigo, will lead the country to real change if elected president. Basti was in Cebu last February 24 to pitch in for the Cebu campaign.

“I’m supporting my father’s presidential candidacy bid not because I’m his son but I believe that he is the candidate with the best platform,” he said in an interview.

Representatives from various sectors were present during the press conference at Isidra Comfort Cantina.

Why Duterte? Supporters say Digong to bring real change.Why vote for Mayor Duterte? His son Basti and other Cebu supporters say the tough-talking mayor will bring genuine change to the country. This video clip was taken in a press conference in Cebu City last February 24.

Dr. Rowena Burden of Doctors for Duterte, which is a subgroup of Cebu for Duterte, said she and her co-members volunteered campaign for Mayor Duterte saying the tough-talking Davao mayor will introduce genuine change in the country. Burden said free health care will be attainable under a Duterte administration because taxes will be efficiently used.

Mark Anthony Cuizon, president of PAMCC-AGLO or Panaghiusa sa Mamumuo sa Carmen Copper and a representative of the labor sector, expressed his support for Duterte saying he will end contractualization in the country.

Dolphins! They swam beside our boat as we neared Pescador Island off Moalboal for a day out snorkeling and enjoying the much better preserved underwater marine life in the southern town known for its long strip of white sand beach.

This is the roundup of stories that appeared in local publications today, Feb. 25, 2016. Ex-detainee: Today’s youth brainwashed by Marcoses. A former political detainee…