“Maging Laging Handa,” a series of disaster-readiness videos developed by Smart Communications (Smart), has been distributed to public elementary schools nationwide in support of the Department of Education’s (DepEd) initiative to integrate Disaster Risk Reduction (DRR) in the education curriculum.

Developed in partnership with PAGASA, Philippine Institute of Volcanology and Seismology, and the Mines and Geosciences Bureau of the Department of Environment and Natural Resources, the video series was launched recently at the disaster risk reduction and resilience in education forum of DepEd which was attended by the disaster coordinators from all regions. The videos, which promote Smart’s advocacy for a safer Philippines, are especially designed for children who are most vulnerable during disasters.

“The Maging Laging Handa videos of Smart are very valuable addition to our DRR curriculum for elementary students. In addition to being a fun educational material which improves memory retention, the content is localized and verified by experts,” said Ms. Ronilda Co, Director IV of the DepEd Disaster Risk Reduction and Management Service. “I’m sure our students will enjoy watching the videos while learning at the same time,” Co added.

The video materials cover precautionary measures and safety tips for various calamities such as typhoons, floods, tsunamis, storm surges, earthquakes, and landslides. The videos simplify disaster-related concepts like the typhoon signals, rainfall warning signals, and the differences between a storm surge and a tsunami.

A teacher’s guide as to how these videos can be integrated in the disaster risk reduction (DRR) curriculum was also unveiled during the forum.

DISASTER-READY. Participants of DepEd’s Disaster Risk Reduction and Resilience in Education Forum try their hand at puppeteering the three characters featured in the Maging Laging Handa video series developed by Smart. The preparedness videos are integrated into the DRR curriculum of elementary students.

“The good thing about starting disaster preparedness with children is that these children are able to extend awareness to their families. And when families are aware, it’s easier to get them to participate in the preparedness efforts in their barangay, municipality or provinces,” said Smart Public Affairs Group Head Ramon Isberto. “This is one way to mobilize communities and really start that culture of preparedness among Filipinos,” Isberto added.

Smart as an organization has embraced preparedness, and has been aggressively promoting the culture of preparedness among its partner organizations under its #SafePH program.

The videos, which can be viewed at www.smart.com.ph/SafePH, will now form part of Smart’s regular disaster preparedness caravans in various parts of the country to help strengthen disaster management capacities of local government units and their constituents.

To aid in disaster communications and response, Smart has also developed mobile apps and technology solutions such as the Batingaw and Project Noah apps, and the Smart Infocast. The telco has also been consistent in providing immediate libreng tawag services to areas affected by disasters using its satellite services. (Press Release) 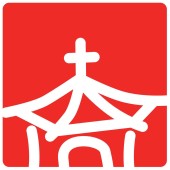