US-based corporation Concentrix will start business process outsourcing operations in Megaworld’s The Mactan Newtown in Lapu-Lapu City by the second half of 2016, executives from both companies announced yesterday, April 27.

“Concentrix is one of our biggest BPO partners. We value this opportunity of expansion that we can offer them. We’re happy and proud that they’ve chosen another Megaworld township as their home in Cebu,” Go said. MORE JOBS FOR CEBU. Concentrix and Megaworld officials announce the expansion into Cebu by the BPO company. Concentrix said it plans to hire up to 500 people by the yearend. Present during the press conference were (from left) Megaworld AVP and head of public relations and communications Harold Geronimo, senior vice president Jericho Go, Concentrix country general manager David Brooks, and director for administration Michelle Ignacio. (Photo by Marlen Limpag)

The BPO company plans to have a workforce of 450 to 500 at its Mactan Newtown office by the end of the year.

David Brooks, Concentrix Philippines country general manager, said they’re already in three locations in Manila but wanted to ease business continuity concerns of their clients in case a calamity prevents employees from showing up for work in their other offices.

Concentrix picked Mactan because it’s near the airport and Cebu supports a thriving BPO industry, he added. Concentrix is a first-time locator in Cebu and the fourth BPO company to open at The Mactan Newtown after The Results Companies, Enfra USA, and Manulife.

“The entry of Concentrix in Cebu, through The Mactan Newtown, is a clear indication of our continuing commitment to build the largest cyberpark in Mactan and to further strengthen Cebu’s position as the country’s top BPO hub,” said Go.

Megaworld plans to finish some facilities at the beachfront by the end of the year so that the BPO tenants at the 30-hectare urban township development can do their teambuilding and other work events there. According to Go, the target is to complete the transformation of what used to be the Portofino Beach Resort into a world-class tourism hub that includes a beach club, sports and recreational facilities, and hotel developments.

“The existing BPO companies in The Mactan Newtown have been ecstatic about the future of the township especially after we revealed our plans for the beachfront and the Mactan Shrine area. Where else in the country can you find a workplace that is just a few steps away from the beach,” he added. 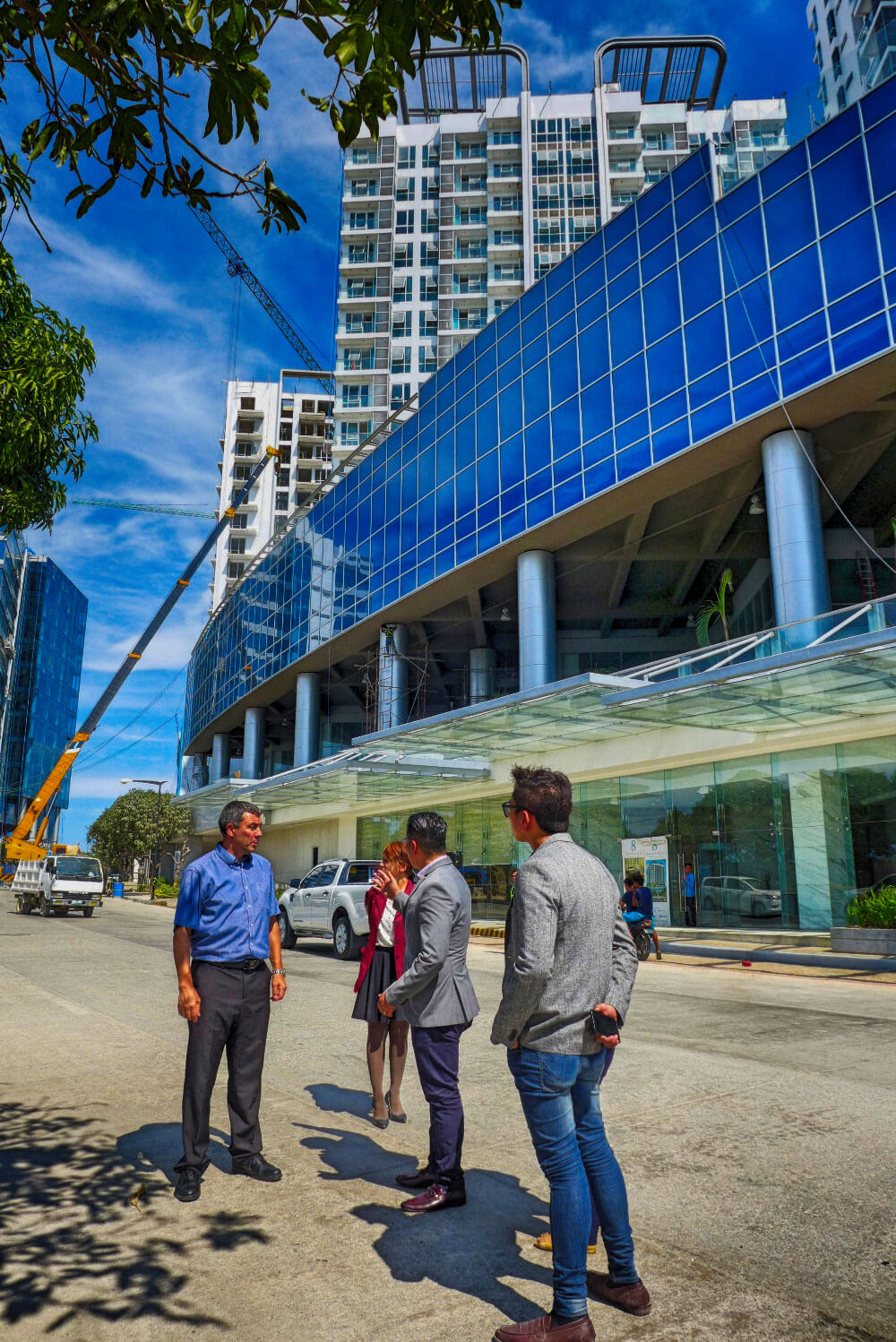 CEBU WORKFORCE. Concentrix plans to have a workforce of 450 to 500 at its Mactan Newtown office by yearend. Megaworld Corp. senior vice president Jericho Go and Concentrix Philippines country general manager David Brooks visit the area along with other company officials. (Photo by Marlen Limpag)

Go said 25,000 of the over 100,000 BPO workers in Cebu live in Mactan and being able to tap this huge resource is one distinct advantage for The Mactan Newtown companies.

He added that with Mactan’s proximity to the airport and the worsening traffic, the township is in a prime position to become a top IT center in Cebu.

The mixed-use cluster of 8 Newtown Boulevard has total leasable office space of around 25,400 square meters. Each of the four towers has three floors of office spaces while the ground floor will be leased for commercial and retail purposes.

The three levels of Tower 1 are now occupied by The Results Companies, which expanded its operations from One World Center this year.

With the opening of the new office towers in 8 Newtown Boulevard, the total office space inventory in The Mactan Newtown has already reached over 38,000 square meters, with the capability to generate at least 12,000 jobs.

Megaworld earlier announced that it will build around five to ten office towers in The Mactan Newtown by 2021, offering an estimated 150,000 square meters of office spaces that can accommodate around 45,000 workers in the IT-BPO sector.

The company has allocated P30-billion to develop The Mactan Newtown for a period of seven to 10 years. 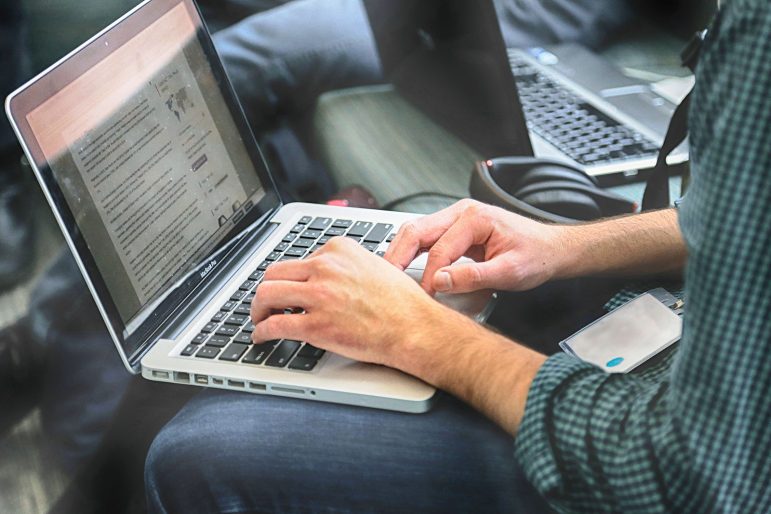 Following the cyber theft of voters’ records from the Commission on Elections (COMELEC) database, PLDT and Smart Communications are encouraging their subscribers to take precautions…

This is the roundup of stories that came out in local publications today, April 28, 2016. Supporters show up for LP, BOPK rally SOME 8,000 supporters…