This is hilarious! Comedy Cebu debuts with free show at Ibiza Beach Club in Mövenpick Hotel 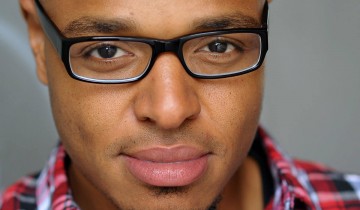 The show will feature some of the best stand-up comics not only in the country but from around the world. Comedy Cebu founder Gary Jackson, Sean Hebert from TakeOut Comedy HKG, GB Labrador and Alex Calleja from Comedy Manila and headliner Tony Baker from Comedy Central will be performing.

HEADLINER. Among the performers is Tony Baker from Comedy Central. (Contributed photo)

At 7:30 p.m. on Saturday, the group will stage “SinuLOL! International Comedy Show” in The Scrapyard Lounge, 2F The Henry Hotel-Cebu, One Paseo Saturnino on Maria Luisa Road entrance cor. Gov. M. Cuenco Ave., in Banilad. Entrance fee will be at P200 per person.

These comedians practice point-of-view comedy made popular by comic legends such as George Carlin, Louis CK, Ricky Gervais, Will Ferrell, Chris Rock, and Fil-Ams Rex Navarette and Jo Koy. This type of comedy, which makes use of anecdotal, life observation and perspective humor, is very different from the drag queen and insult comedy popular in mainstream comedy clubs here in the country.

Comedy Cebu said in a press release that it “does not only aim to bring seasoned stand-up comics from Manila and other countries to Cebu, but we are also intent on initiating the formation of a local observational comedy community.”

“Comedy Cebu’s goal is to provide not only quality stand-up comedy entertainment to Cebu and but also a productive avenue for aspiring comics of all ages, race/nationalities and gender orientations, who can deliver their sets using point-of-view comedy in Bisaya/Tagalog/English.

For more information about the group, check out their Facebook page at www.facebook.com/ComedyCebu or their website at www.comedycebu.com.

The Visayan Electric Co. (VECO) will pass on to consumers the P78 million cost of the underground cabling from the Capitol to Fuente Osmeña and…

Photo diary: From puto sikwate to banana cue, a culinary trip to Carbon

Many see Carbon Public Market as dirty or unsafe, but it is actually a haven for people shopping for cheap finds. From flowers to fruits and…