Each day at school, Sibugay Integrated School Grade 6 student Riza Mae Ardiente spends P2 of her P20 allowance to buy water from a decrepit dispenser near the faculty office.

For P1, she gets about a glass of water in a plastic bag that she twirls on top to seal and then bites off on one side to suck in the liquid. She gets one in the morning and another after lunch. She counts herself lucky. Others in school only have P5 as allowance and those who do not have money often ask teachers like Ryan Steve Panerio, “sir, naa kay piso? (do you have a peso?)”

Starting this school week, Ardiente can save the P2. Her school now has potable water, filtered to World Health Organization standards by an Aqua Tower put up on Valentine’s Day by volunteers from Columbia Sportswear Company and Primer Group of Companies working with the Planet Water Foundation. 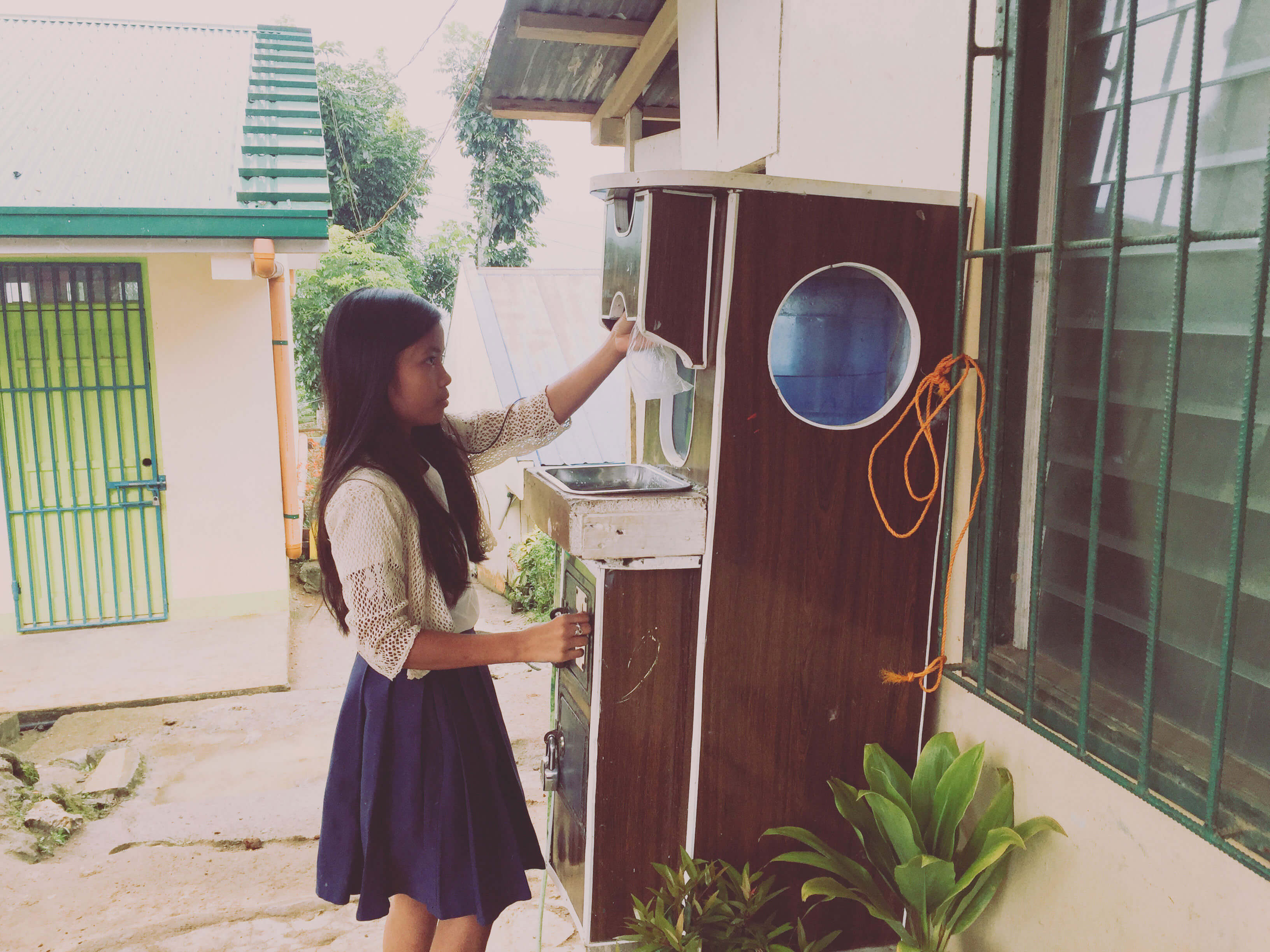 WATER DISPENSER. Grade 6 student Riza Mae Ardiente gets P1 worth of water from this machine near the faculty office of Sibugay Integrated School.

Brunk, who is based in the company’s headquarters in Portland, Oregon, was in Cebu to help the group put up the water tower and turn it over to the school community.

Before the tower was put up, the school only had spring water and deep well supply that were found not safe for drinking by a team from the Cebu City Health Department, said school principal Madeline Tinapay. There were cases of people getting sick because of the water, she said.

Tinapay said her school is “very lucky and thankful” to receive the donation. 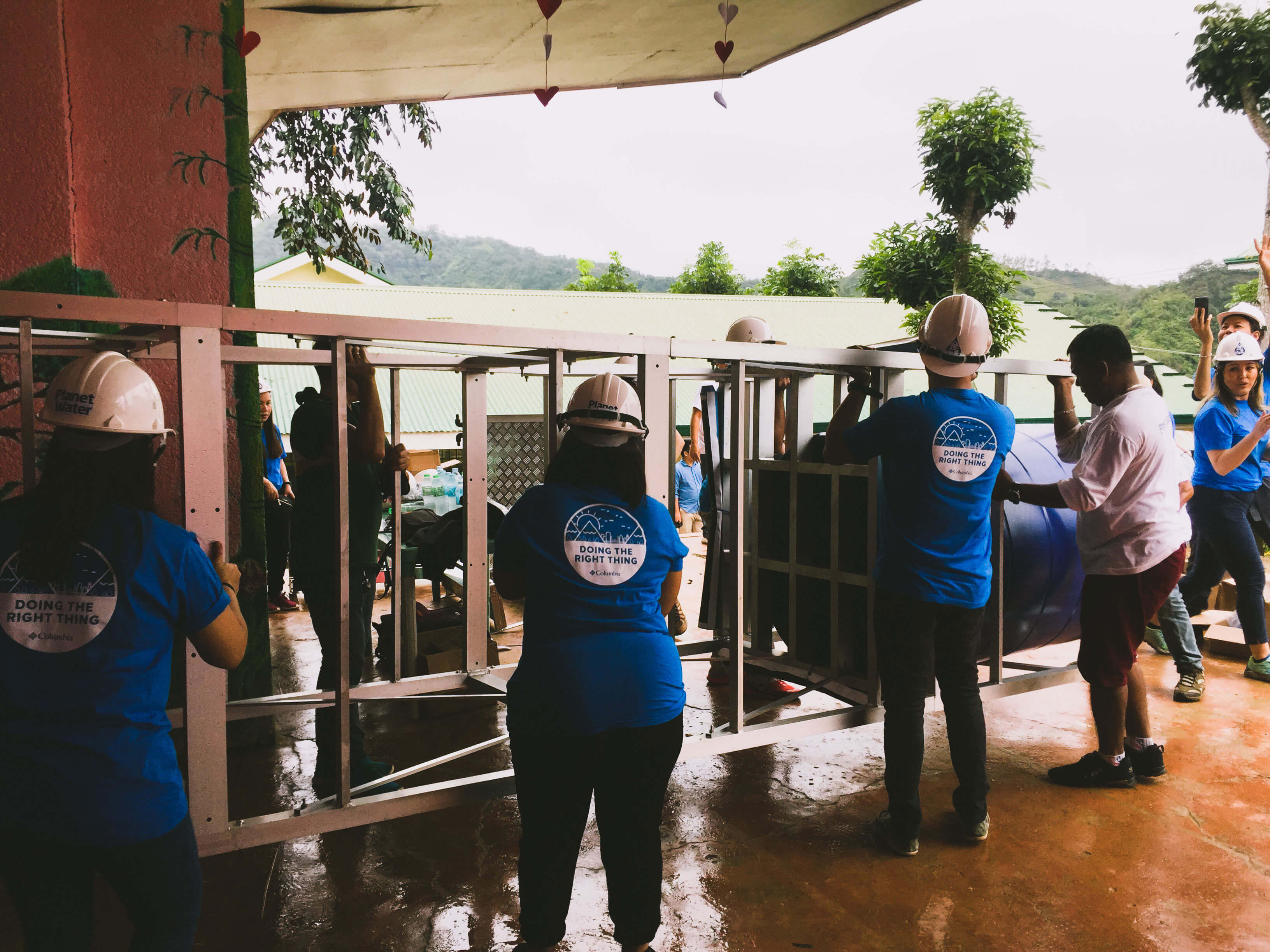 AQUA TOWER. Volunteers from Columbia Sportswear and The Primer Group prepare to erect the Aqua Tower that will provide potable water to students and faculty of the Sibugay Integrated School in a mountain barangay in Cebu City.

The Aqua Tower stores water and then makes it potable through a two-stage filtration process that uses ultrafiltration technology. The system uses activated carbon to enhance drinking water quality, according to the Planet Water Foundation.

Last Thursday, February 14, the team from Columbia Sportswear and The Primer Group of Companies went to Sibugay to assemble the tower, hold lectures on hygiene for students, and turn over the system to the school.

The group arrived mid-morning and then put together the different parts of the water tower. By lunch, it was up and ready for commissioning.

The community served a sumptuous traditional celebratory feast of lechon or roast pig, pansit, and native chicken soup. Tinapay explained It was a contribution of the parents, many of whom were unable to attend the momentous event for the community. Most families in the area grow and sell flowers and Valentine’s Day was one of their biggest business days. 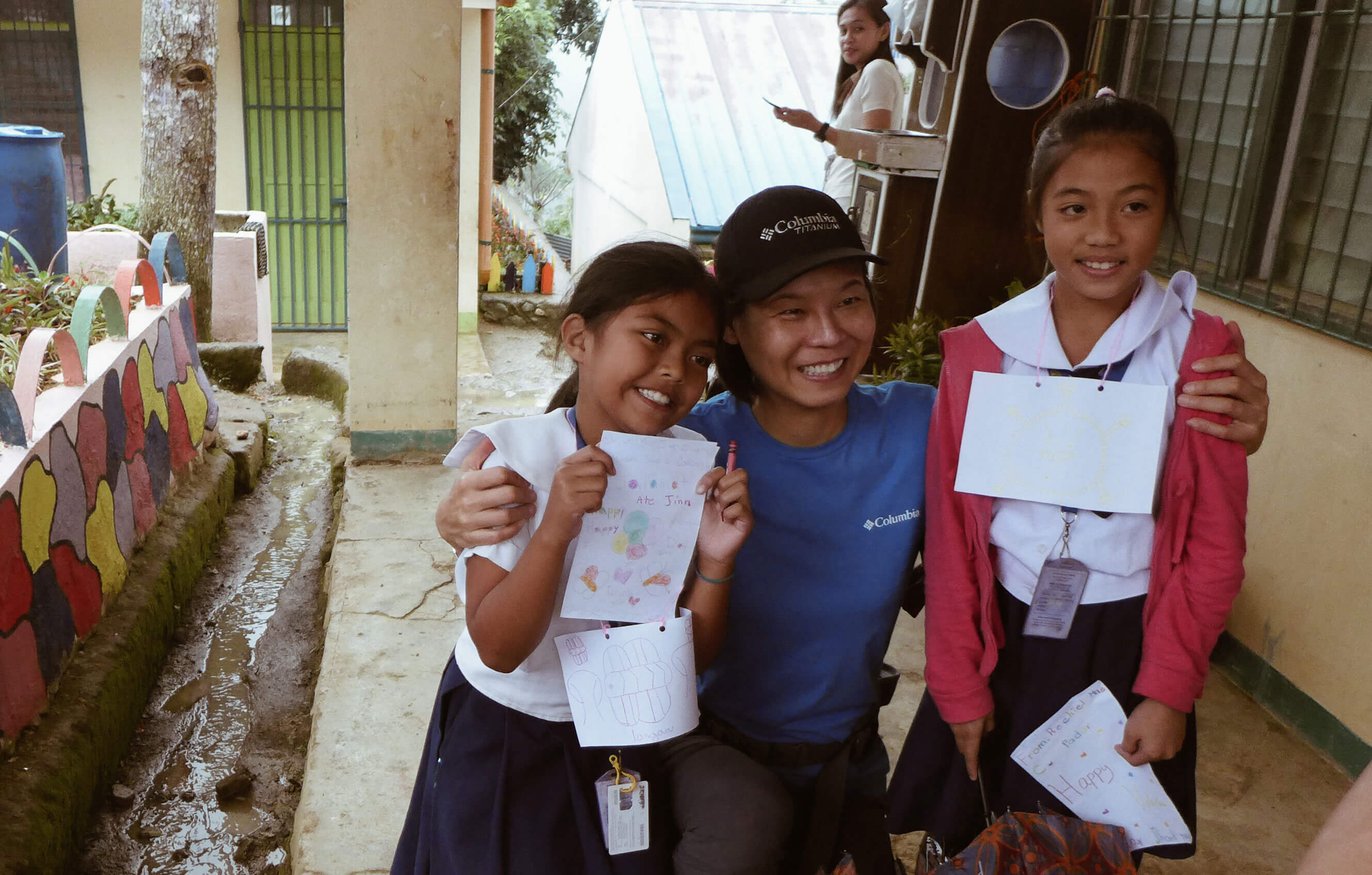 VALENTINE CARD. Students gave a Valentine’s Day card to express their gratitude to Jinn Brunk, Columbia Sportswear Community Program Manager. Brunk was with the team that built the tower and turned it over to the Sibugay Integrated School last Valentine’s Day.

The tower is the 9th installation by Columbia. The company started the project in 2016 and has worked with their factories to build 7 in Vietnam and 1 in India. This is the first time they worked with a distributor, Brunk said.

“Columbia is very committed with environmental conservation. We are an outdoor apparel company. We make products for going outside and if the environment is not clean, is not preserved, people don’t want to go out. It’s that easy, ” Brunk told MyCebu.ph in an interview.

She said the company has been “actively working with NGOs in protecting the environment and we’ve noticed that water is such an important issue, especially in emerging markets.”

Brunk said this is the first time they are working with a distributor. She said they always work with local partners because “they know which communities need clean drinking water.” 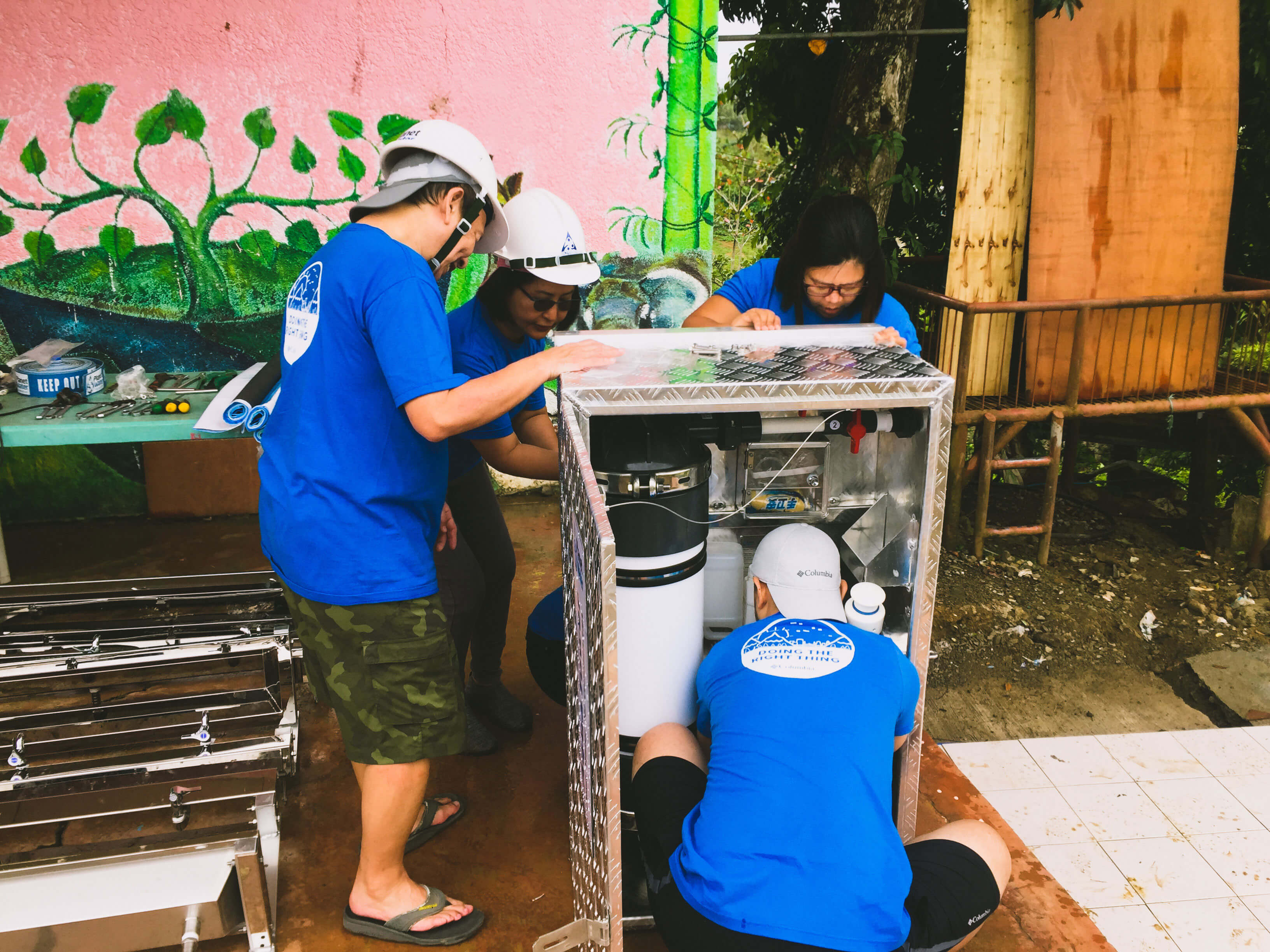 FILTRATION SYSTEM. The heart of the Aqua Tower is this filtration system that purifies water to World Health Organization standards. Working on the system are The Primer Group Director Johnny Thai and wife Evelyn (standing left and center) and Regional Manager Dino de Leon (seated).

Primer Group Corporate Social Responsibility Program Manager Kristine Villaflor said they worked with the Department of Education (DepEd) Cebu City to identify the beneficiary of the project. DepEd shortlisted 5 schools that the Primer Group visited to evaluate in October. They eventually chose Sibugay based on their criteria.

Villaflor said The Primer Group has different CSR programs on such areas as eco-tourism, environment, institutional partnerships, and donations.

Brunk said that to make sure the program is sustainable, Planet Water will send someone to regularly inspect the Aqua Tower and check its water quality. 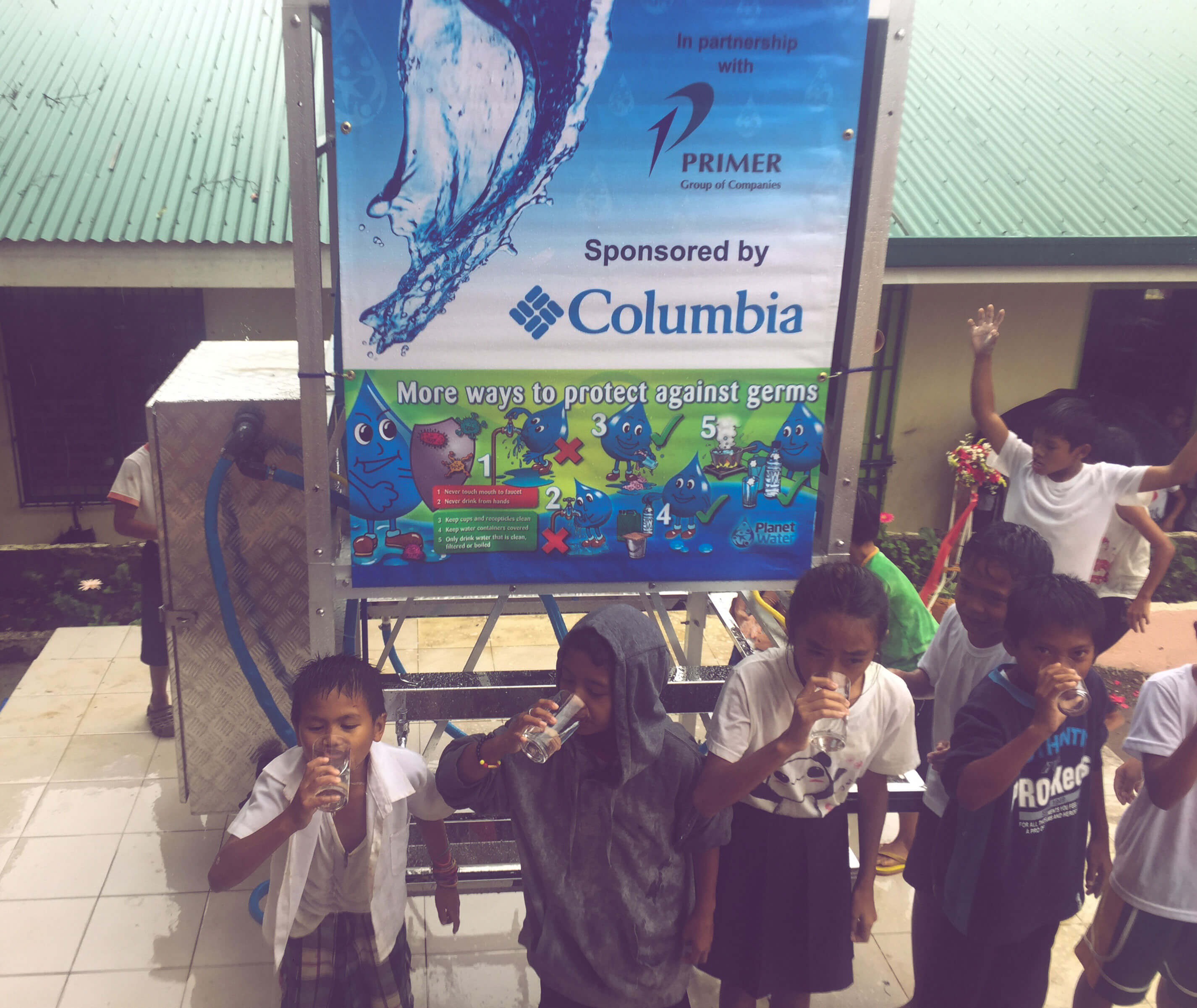 FIRST GLASSES. Students drink their first glasses of the water made potable by the Aqua Tower put up by Columbia Sportswear and The Primer Group.

Teachers and students thanked Columbia, The Primer Group, Planet Water, and the volunteers during the turnover in the afternoon. The commissioning ended with students playfully trying out the water tower in the rain that had been pouring since early morning. The students were washing their hands with soap according to the training they had earlier that day and drinking their first glasses of water filtered by the Aqua Tower. 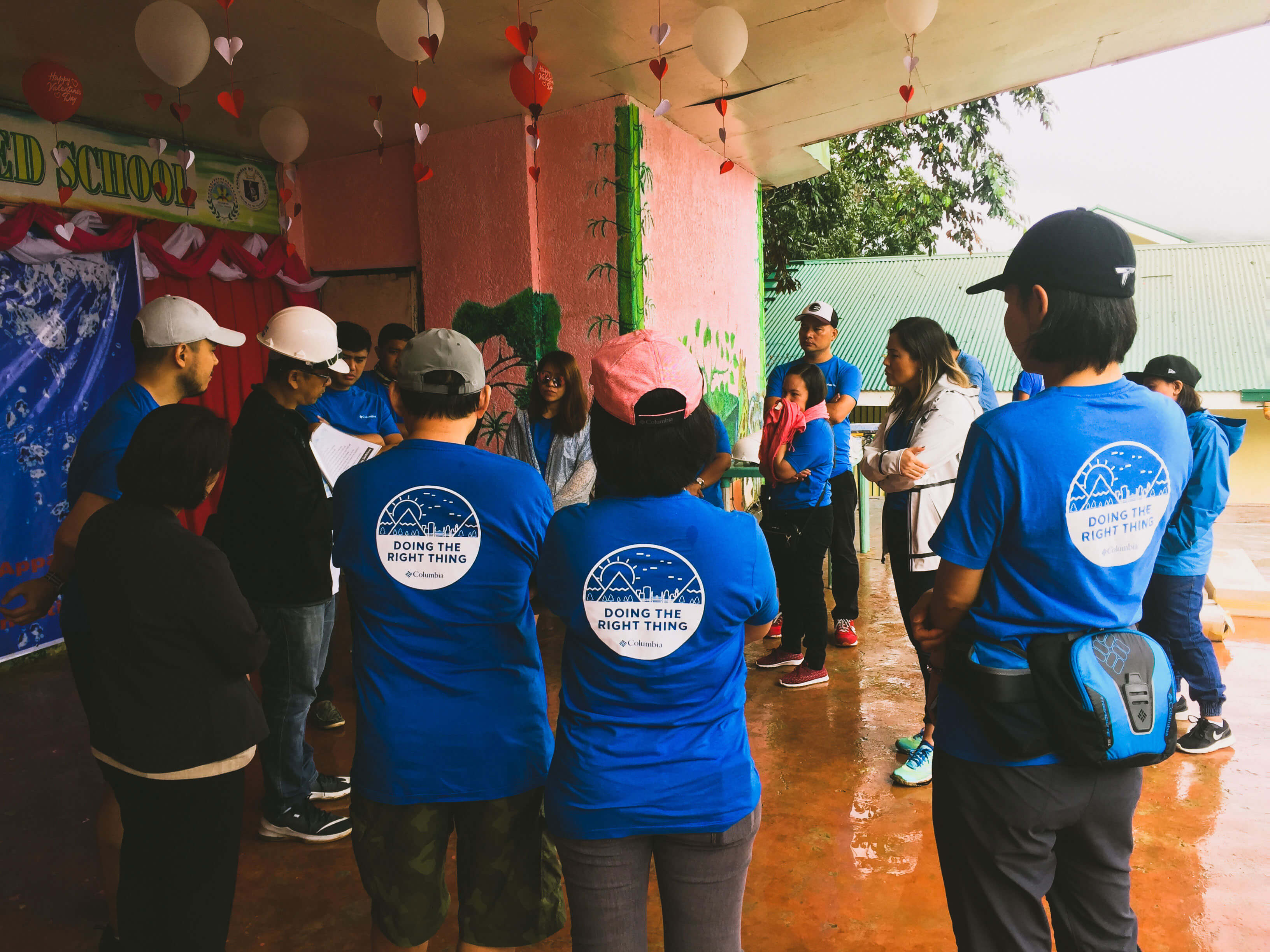 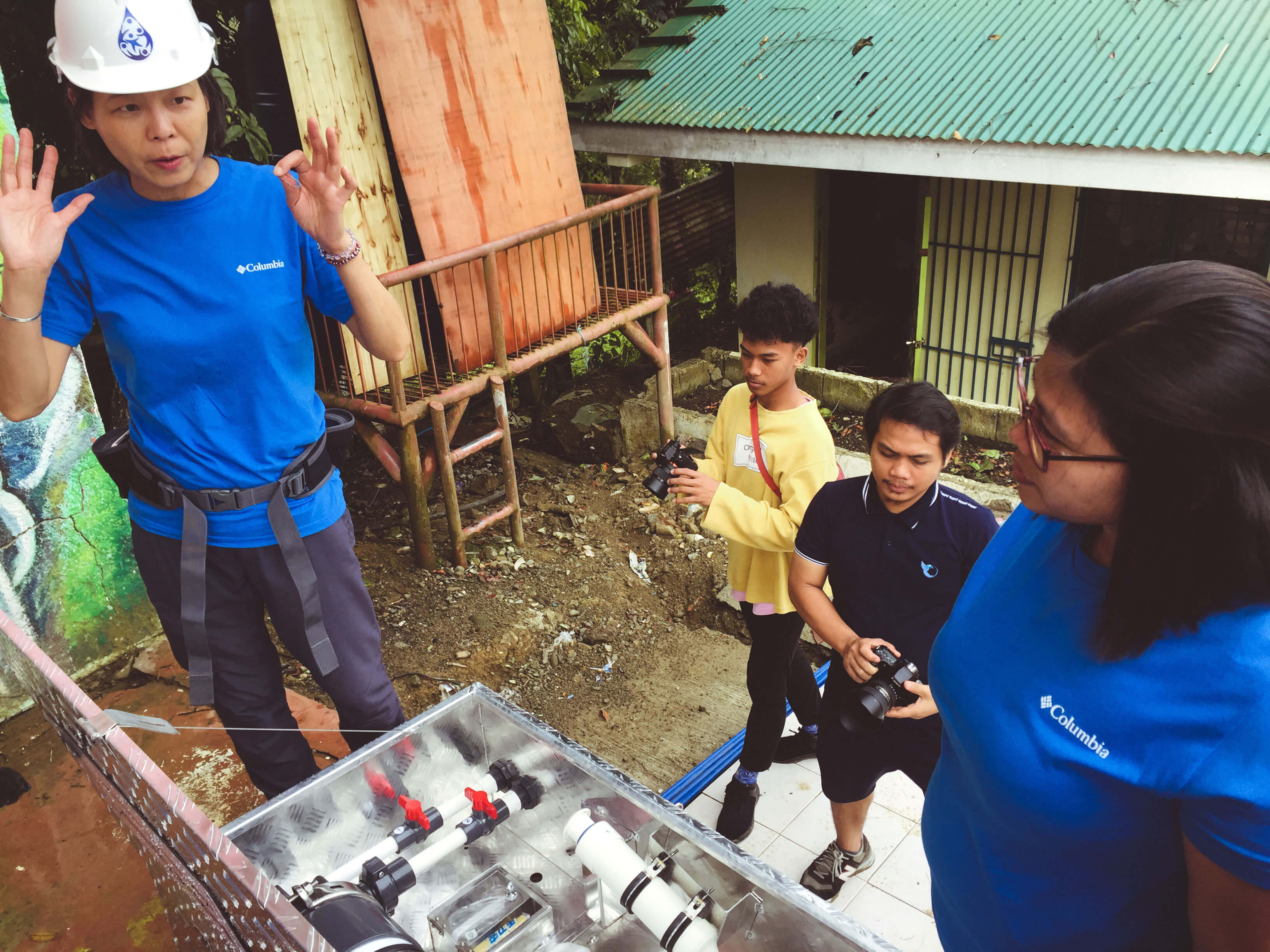 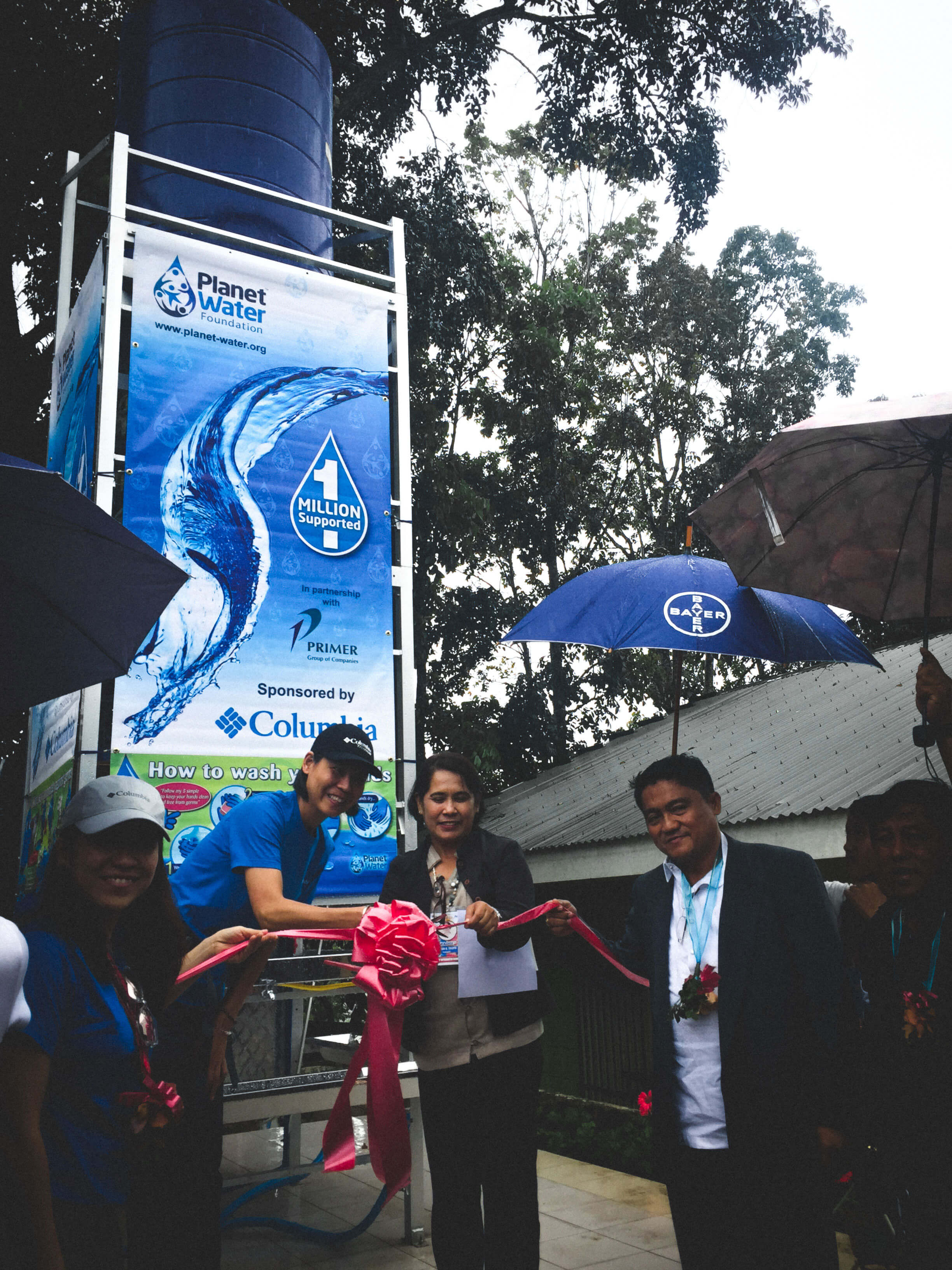 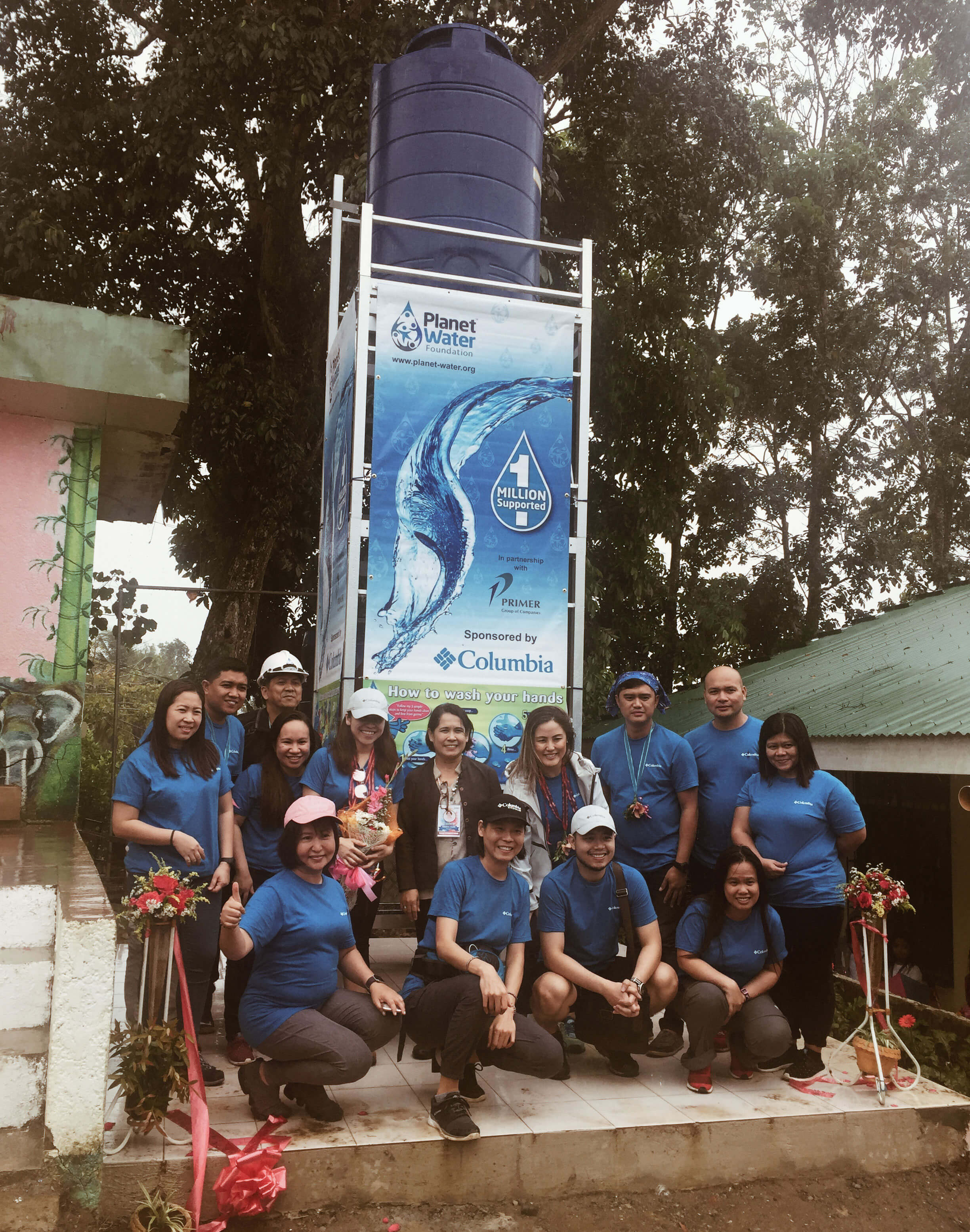 VOLUNTEERS from Columbia Sportswear Company and Primer Group of Companies with School Principal Madeline Tinapay after the turnover of the project. 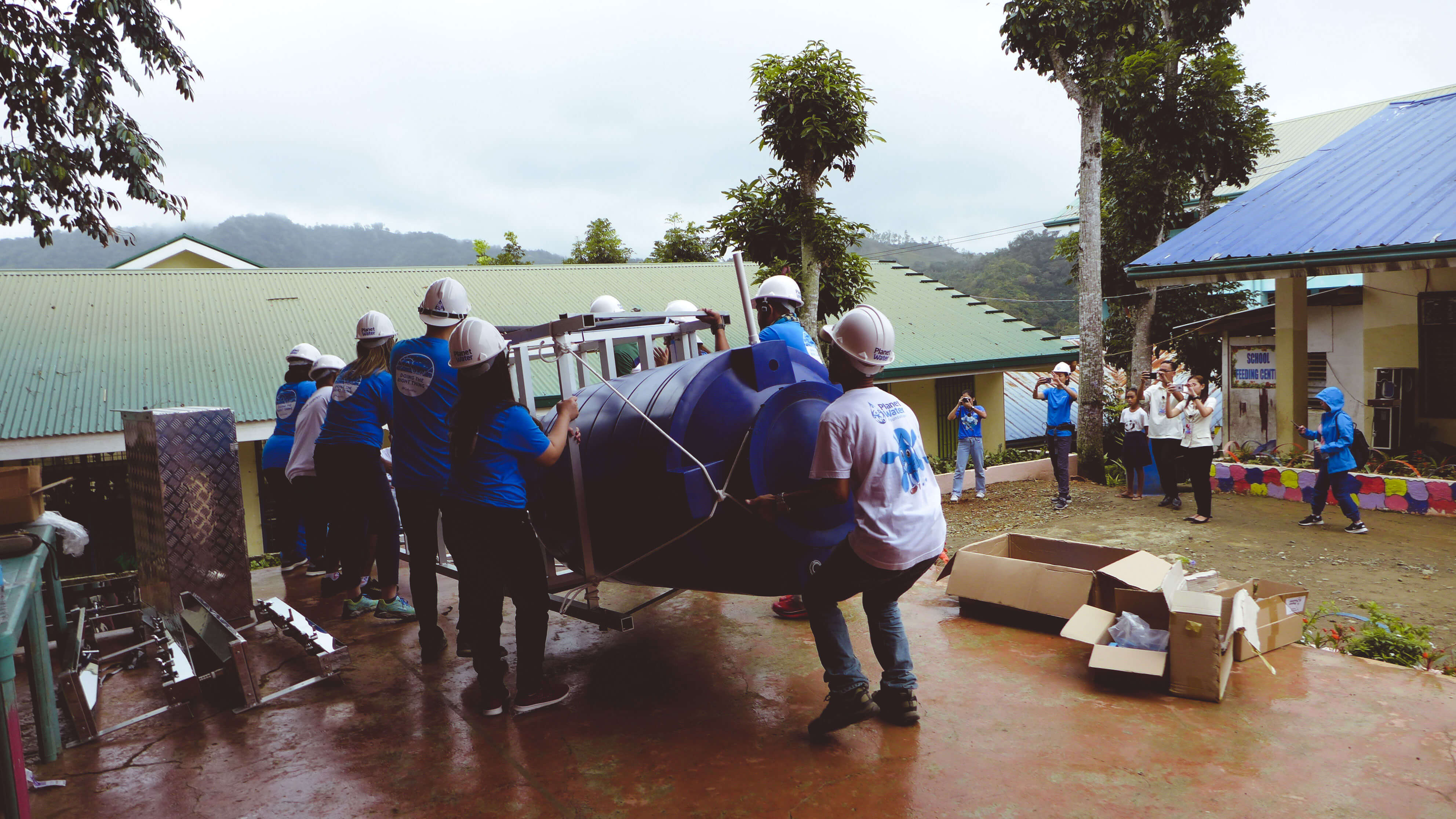 Volunteers get ready to put up the water tower. VOLUNTEERS put up the water tower. 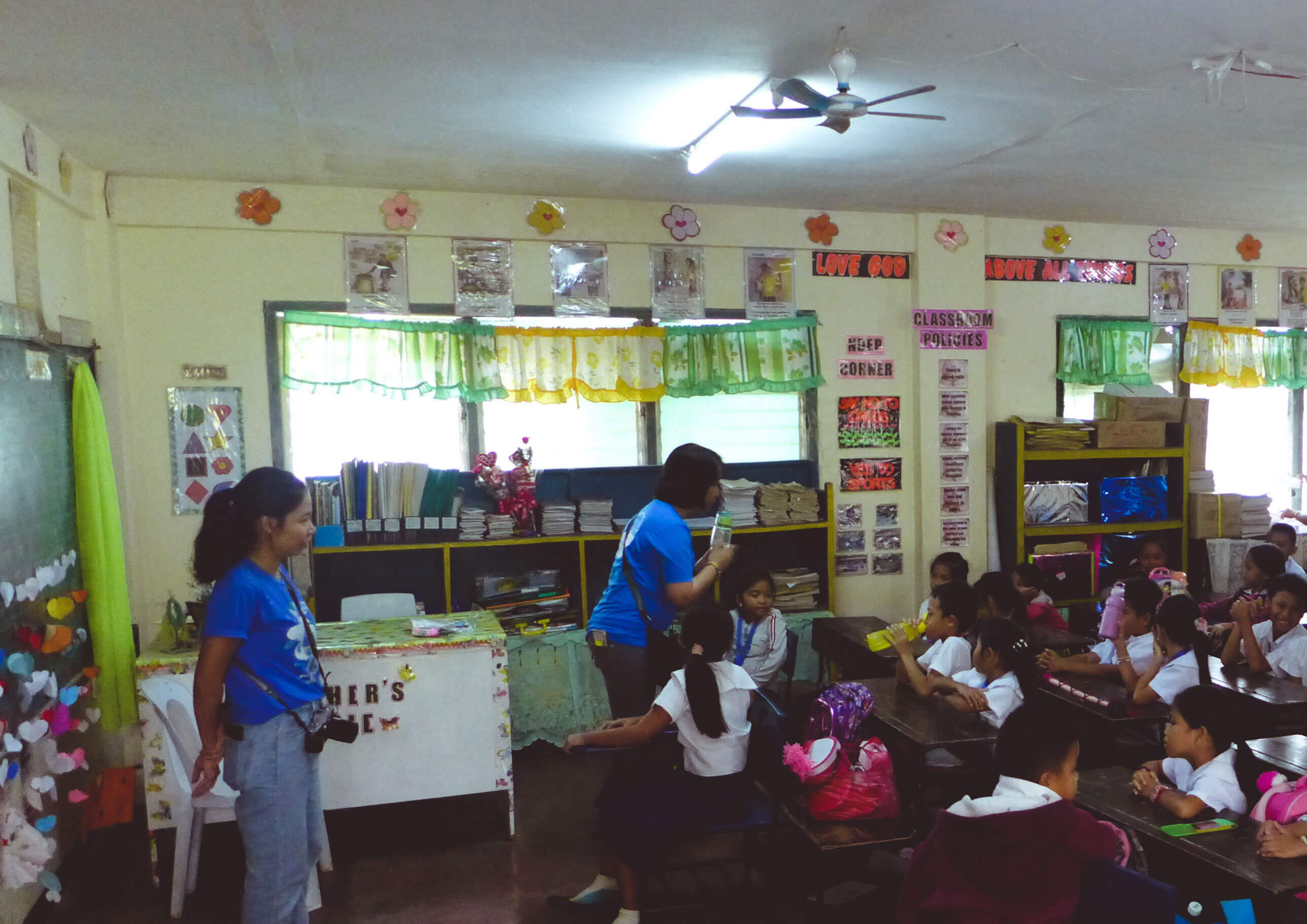 HYGIENE LESSONS. Evelyn Thai discusses tips on hygiene and sanitation and how students should make sure their water containers are clean. 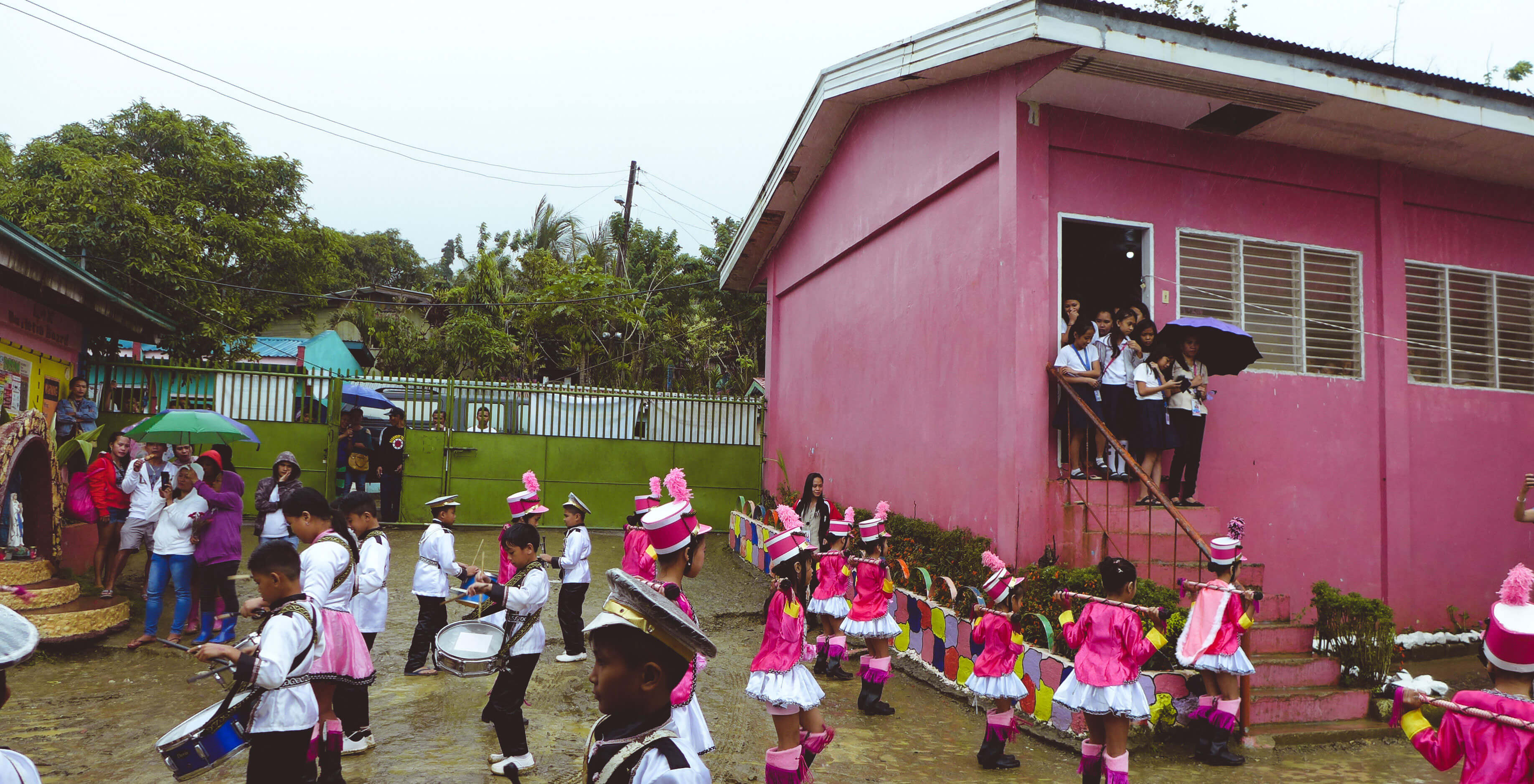 MEMBERS of the school’s drum and bugle corps perform during the turnover ceremonies. COMMUNITY DANCE. The highlight of the event was when students led volunteers, teachers, parents, and fellow students dance “I Love Cebu.” CLEAN, SAFE DRINKING WATER. The Aqua Tower put up by Columbia Sportswear Company and the Primer Group of Companies will serve clean and potable water to up to 1,000 people daily. 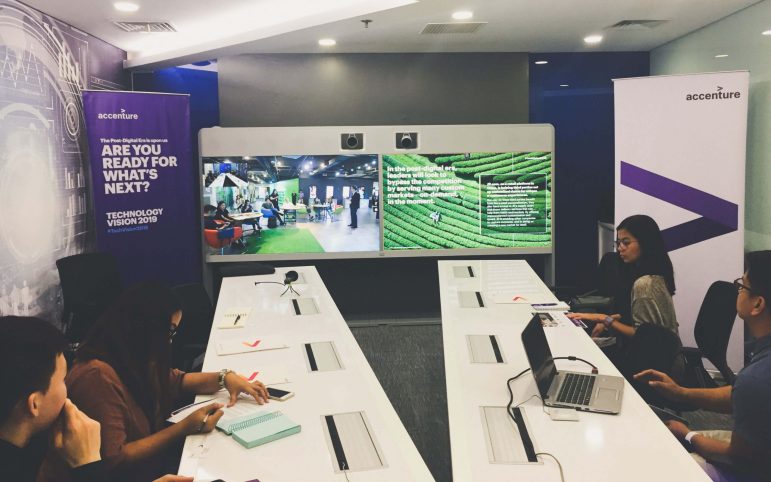 If everyone has gone digital, how do you stand out? Accenture report points way

Digital is no longer a differentiator for enterprises but “the price of admission to do business,” a top official of a global technology company said… Thinking of your 2019 travel goals? Shop ahead as Marco Polo Plaza Cebu joins Cebu Travel Catalogue International 2019 at the Ayala Center Cebu from…