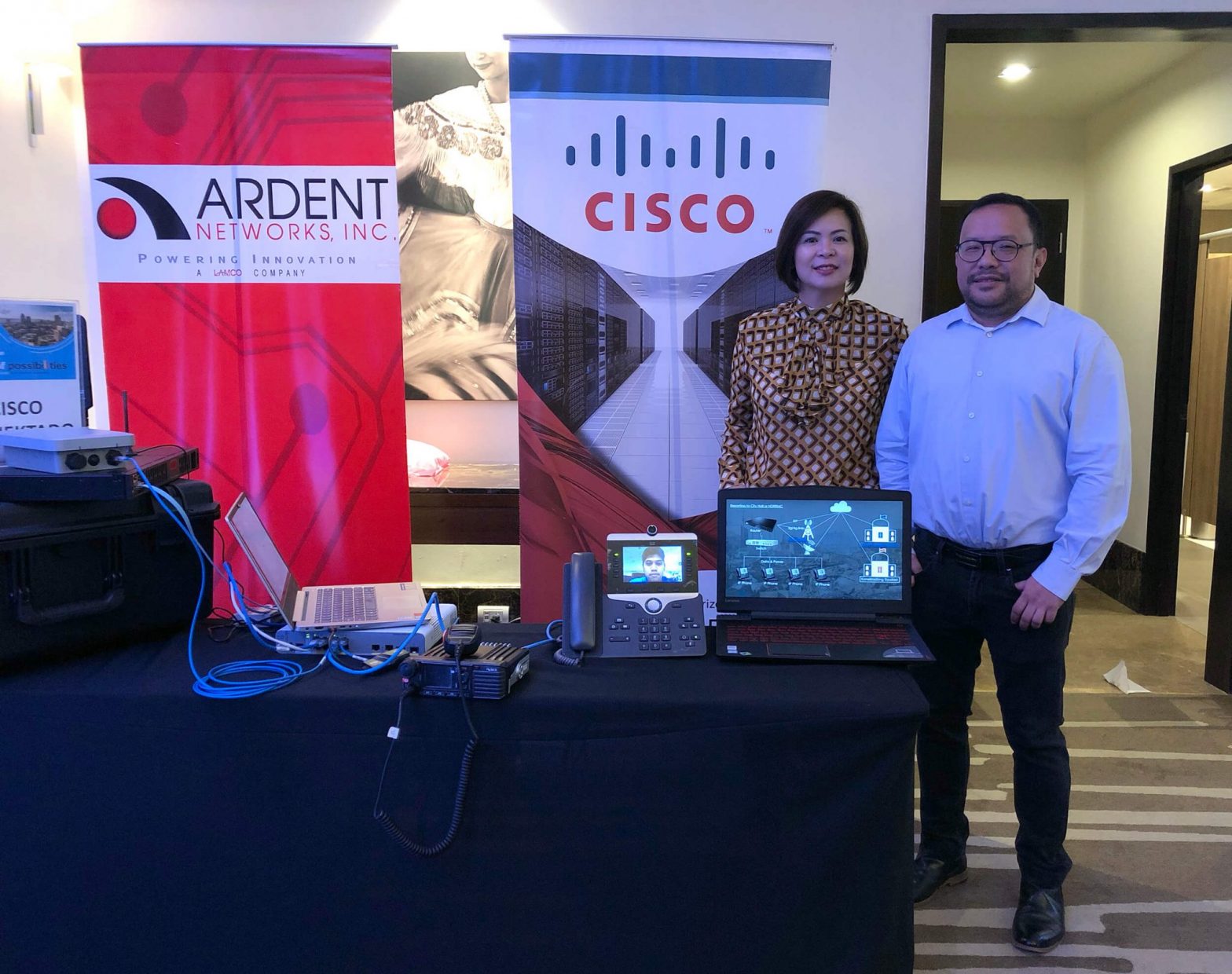 The product is Cisco KONEKTADO, an end-to-end solution that enables easy and effective collaboration and communication before, during, and after a disaster such as a strong typhoon.

Cisco Philippines Managing Director Karrie Ilagan said in a press briefing today that members of the company’s TacOps team were among those who extended assistance after Typhoon Yolanda caused widespread devastation in the Visayas in 2013. She said that they flew in large equipment to deploy a communications network to help in the disaster response.

Ilagan said the team learned a lot about the challenges in managing and responding to disasters and they tapped this knowledge in building a rapid response kit (RRK) – a portable package that is easy to deploy and use to quickly put up a communications network. It has since been used in various crises all over the world.

“Yolanda happened in 2013. The RRK was developed within months and was first deployed for the Carlton Complex Wildfire in East Washington in 2014. This is how quickly technology can be innovated to provide solutions for many of our country’s challenges,” Ilagan wrote in a paper.

Building on this and working with the National Disaster Risk Reduction and Management Council (NDRRMC) and its various partners to expand capabilities, the company built Cisco KONEKTADO to help local government units (LGUs) prepare for and manage disasters.

The system has several components all aimed at enabling LGUs and disaster response teams prepare for disaster or, if one has struck, quickly set up a communications network for coordination and reporting. It can link up with other LGUs and teams as well as national offices such as that of the NDRRMC.

It’s a communications center in a box solution that would take just 5 minutes to set up and by regular and non-technical people who have undergone training, Ilagan explained.

“The solution was built with components that are easy to scale as Cisco’s experience during Yolanda underlined mobility was key when it came to disaster response,” said Ilagan. “Cisco KONEKTADO is capable of establishing a reliable network that can aid tactical deployments for immediate disaster response with little to no downtime.”

But it’s not a solution that you keep in storage waiting for a disaster to come around, Ilagan said, as it’s also a command center that you can use anytime to coordinate responses and services in an LGU unit. With its video capability, it can also be used for training on disaster preparedness and response.

The Cisco KONEKTADO system comes in different packages that range from a basic one that facilitates connectivity to a more complex solution that can be used as a 911-style response system for a locality. What sets them apart as a response solution are such features as location data capability that will allow responders to know where a caller is via triangulation. The system can even ask a caller to share her camera so that responders are able to get visuals on the situation.

The system is built using Cisco hardware and software and is designed to work with legacy solutions such as the radios being used by LGUs.

It was first deployed in Legazpi City to help the city in the recovery from the damage wrought by Typhoon Tisoy in December.

Ilagan said they are doing a roadshow to introduce Cisco KONEKTADO to LGUs and other community stakeholders. She said that with Cisco’s extensive experience in building and enabling networks, theirs is the only end-to-end solution to help LGUs tap technology to deal with disasters.

Ilagan held a press briefing on the sidelines of the Cisco Engage Cities of Possibilities at the Seda Hotel where officials from LGUs and various business industries were briefed on the company’s wide range of technologies to aid in digital transformation.

More than 40 images of the Sto. Niño are on exhibit at Ayala Center Cebu in time for the celebration of the Sinulog Festival in… You can now pay contributions through SSS mobile app with PayMaya

Social Security System (SSS) has tapped digital financial services leader PayMaya to allow members to pay their contributions through the SSS mobile app. With the…