With bots, chat is more than idle talk 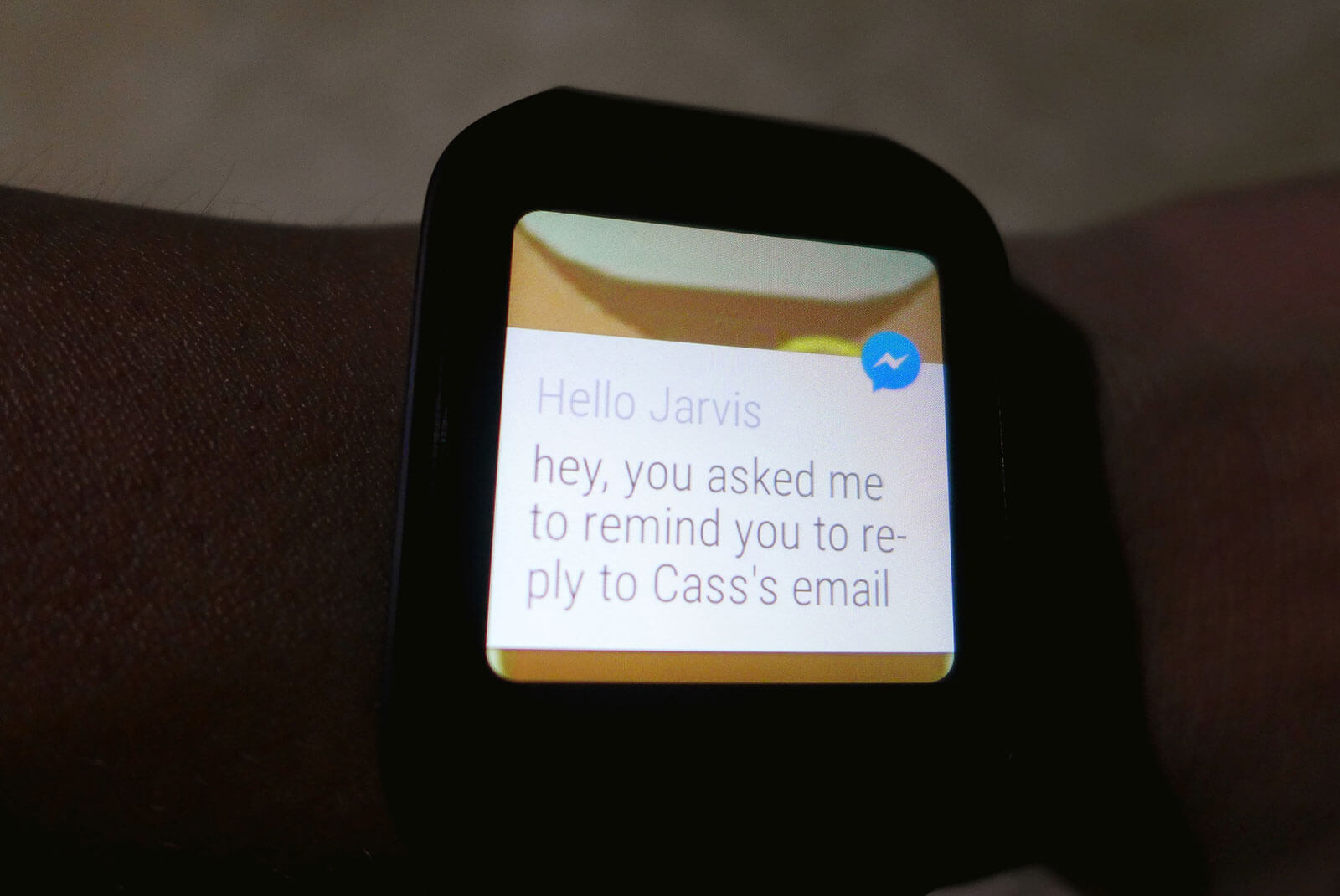 “Hey, Jarvis,” I sent a message to the eponymous Facebook Messenger chat bot, “remind me to reply to Cass’ email in 30 minutes.”

The reply came as quickly as the Facebook pop to notify you of an incoming chat message. “Okay, I’ll remind you to reply to Cass’s email at 10:24 PM on Monday, September 19.”

With robotic precision, the chat reminder came on the dot. And since it was via Facebook, it set up a klaxon of alerts and notifications in all my connected devices: phones, tablet, laptop, and watch.

Jarvis at hellojarvis.io, is an example of a chat bot, a conversational system built on chat, artificial intelligence, and data. What Jarvis does is remind you of things. Think of him as that butler (but who has a butler?), friend or sibling you always ask to call you up to either wake you up or remind you of something you needed to do. Only Jarvis never forgets and never gets too drunk to send that important reminder.

CHAT BUTLER. Jarvis reminds you of things that you ask him to keep track of.

Today, there are thousands of chat bots that do a variety of tasks, from keeping track of your expenses and income to being updated with the latest news. There’s even a chatbot for Selena Gomez that provides fans information about the actress and tells them “I love you” back.

Think of it this way: getting information by browsing a web page is like being handed a stack of folders that you have to riffle through to extract the data you need. Getting information via chat bots, on the other hand, is akin to asking a butler to do it for you. This butler goes through that stack of folders and provides you the answers you need, when you need it and, soon, where.

CONNECTED. Since bots operate on the Facebook Messenger platform, alerts and messages are ubiquitous, including in connected smart watches, which works well for reminders like this one.

Adoption of the network is exponential. It was only in April that Facebook founder Mark Zuckerberg launched their platform saying, “We think you should message a business just the way you would message a friend.”

The idea is called “conversational commerce.” You get information about a product or service through Facebook chat and then pay for it in the service itself. Last week, Facebook announced they have started accepting payments through chat with select US partners. This will then be rolled out globally.

GLOBAL NEWS. CNN sends a daily summary of top stories that allow you to get updated of global news. You can either read the summary in the chat or view the full article.

Already, technology giants Oracle and Google have announced their own platforms or the purchase of one – signal of a massive technology shift.

In Cebu, companies like TekWorx, which does ad optimizations for firms, rely on a bot system to streamline their workflow and alert on work progress. Theirs is built on Slack, a messaging system for work. Ever since using it, owner Bert Padilla said, it has become easier to manage projects.

LOCAL NEWS, GUIDE. Apart from delivering local news, you can also use chat bots as guide to places. Here, it answers a common question for Cebu visitors.

Our digital media startup deployed two chatbots, one for a resort in Mactan and another for an Asian telco gathering in Lapu-Lapu City. The bots are so effective – handling more than a hundred messages a day and generating more than a thousand room signups since deployment – that majority of users think they are actually talking to a person.

For bots, these are just early days. More powerful systems and capabilities are being developed and will be deployed soon.

But for now, there’s Jarvis. On Monday night he reminded me to put the beef soup inside the refrigerator before I sleep so that it won’t spoil.

This is the roundup of stories that came out in local publications today, September 22, 2016. Flush out trolls In a forum on How to…