Santa Catalina de Alejandria Parish Church in Carcar. Construction of this structure started in 1860 and was finished in 1875.

Centuries-old churches of various architectural influences that were built during the Spanish occupation of Cebu can be found along the entire stretch of the mainland and even in satellite islands. A trip down Cebu’s southern part is a glimpse into the religious aspect of Spain’s influence on Cebuano heritage.

• Church construction started in 1836 and was completed in 1848, roof was replaced in 1877 after it was destroyed by a typhoon
• Located at the city center, near the old City Hall

The structure bears influences of Greek and Roman architectural styles in the use of Doric columns to support a second floor balcony that serves as an awning shielding the entrance and in the arches used on the massive domed-roof belfries flanking a recessed facade.

Talisay City was formerly under the supervision of the Augustinians and used to be part of the San Nicolas Church before it was constituted as a parish by the Royal Decree of August 16, 1836.

Talisay is immediately after Cebu City and can be reached by public transport like jeepneys. A KMK bus at the SM City terminal also passes by Talisay.

2.
Church of the Immaculate Heart of Mary in Minglanilla

The tall and narrow bell towers with their cone roofs or spires of the Church of the Immaculate Heart of Mary in the town of Minglanilla are derived from Gothic architecture elements.

* Construction of the church occurred from 1880 to 1886
* It is among a few churches in Cebu with Gothic features
* The church’s exterior has been heavily renovated and was repainted in August 2005.
* Low-lying structures were added to accommodate more parishioners.

The town of Minglanilla is located after Talisay from Cebu City. A KMK bus parked at the SM City terminal leaves regularly for Minglanilla.

San Fernando became an independent parish in 1858. The current structure, called the San Isidro Labrador Parish Church, was started in 1870 but was only finished over 10 years later in 1886.

Like many other Spanish period churches in Cebu, the one in San Fernando is fashioned from cut coral stones.

The San Isidro Labrador Parish Church is also among the structures of Gothic design in Cebu. Gothic influences are shown in the church’s rose windows as well as in the openings that take the shape of a flamboyant arch.

* Structure’s two bell towers, made of concrete, are recent additions and do not fit with the overall original design
* Heavily renovated as well is the interior of the church

The town of San Fernando can be reached by bus. Buses to San Fernando park at the Cebu South Bus Terminal along N. Bacalso Avenue in Cebu City and make regular trips daily to the town.

The San Franciso de Asis Parish Church in Naga is small and different from other similar structures in Cebu. Its pediment is heavily embellished while its lower facade is bare, providing a startling contrast.

Alicia Coseteng, in her book “Spanish Churches in the Philippines,” said the decorative carvings on the church’s facade that include rosettes, leaves, and curlicues are a throwback to Mexican art called tequitqui.

Naga is a town south of Cebu. Buses at the Cebu South Bus Terminal make several trips for Naga on a daily basis.

This church in Carcar was built in 1860 and finished in 1875. It has Greco-Roman and Muslim features. The Roman influence can be seen in the massive arches that serve as doorway and line the nave. The minaret-like roofs of the bell towers are Muslim-inspired.

There are several bus trips to Carcar daily. Just go to the Cebu South Bus Terminal and take the bus bound for the town.

The church of Sibonga was completed in 1881. It is made of stone and brick and shows touches of Gothic influence in the spires that top belfries flanking the facade and in the use of pointed arches in the church’s windows and lone portal. A small rose window with iron grille is at the center base of the triangular pediment.

Sibonga is about 50 kilometers away from Cebu City. A bus trip takes two hours or less. Buses bound for the town park at the Cebu South Bus Terminal in Cebu City.

Argao’s San Miguel Arcangel Parish Church is among the well-preserved Spanish structures in Cebu. An inscription on the entrance sets its construction to 1783.

The church has baroque-rococo elements: its facade is topped by a triangular pediment and decorated with reliefs of birds, cherubs, and flowers. Columns resting on tall plinths divide the whole facade. Its belfry is separate from the church but connected by a low structure.

An arched entrance leads inside where cherub heads decorate the wooden corbels that support the ceiling, which is painted with scenes from the Bible.

Argao is two hours or so by bus from Cebu City and may be reached through any of the buses at the Cebu South Bus Terminal in Cebu City that ply the route daily.

Dalaguete became an independent parish in 1711 and construction of the San Guillermo el Hermitano Parish Church began in 1802 and ended in 1825.

Bricks and hewn coral were used for the walls and the church design is of baroque-rococo style. The Dalaguete church complex is arranged similar to Argao: the main church building is connected to the bell tower by a low structure and the convento stands across the belfry.

* Bas reliefs of floral motifs, finials, shields, and altar tables serve as facade and altar embellishments
* Structure’s belfry is octagonal and topped by a balustraded dome
* Side windows has pointed arches at the top that hint of Gothic influence
* Church’s arched ceiling features murals of biblical scenes.

Buses at the Cebu South Bus Terminal in Cebu City leave for Dalaguete several times in a day.

Constructed in 1783, the Church of the Nuestra Senora del Patrocinio in Boljoon is among the oldest stone structures in Cebu. Some of its architectural elements are an exaggeration of the baroque-rococo style.

Boljoon is accessible by a bus trip from the Cebu South Bus Terminal in Cebu City.

The foundation for the Church of the Nuestra Senora de la Inmaculada Concepcion was laid in 1830 but it was completed 18 years later. The adjacent bell tower was built in 1858.

An eight-hour fire that hit the church in 2008 and destroyed the altar, long chairs, and several religious icons.

Cut coral stones were used for the church pillars and walls. It used to have brick tiles for the roof but this was replaced with galvanized sheets in 1932.

* Pilasters divide the facade and pediments vertically, softened by the arched windows on the second floor and opening on the first floor
* Finials and the Spanish royal seal decorate pediment

Oslob is served by bus trips from the Cebu South Bus Terminal in Cebu City. 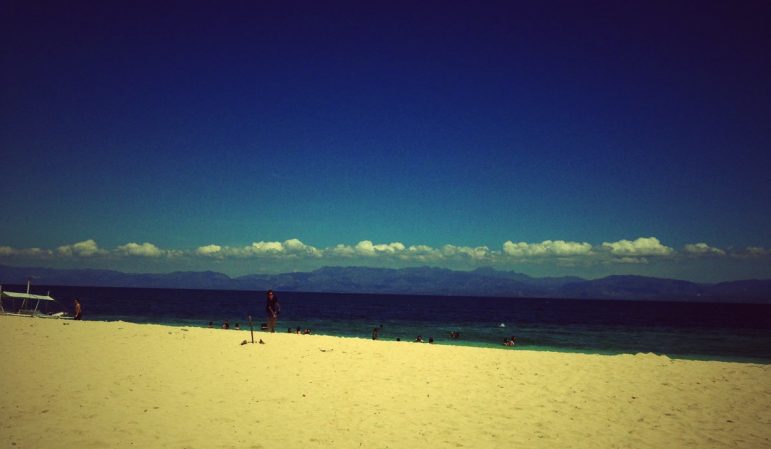 Cebu beaches are known for their fine white sand and clear waters. Being in the center of a long and narrow island that is 200… 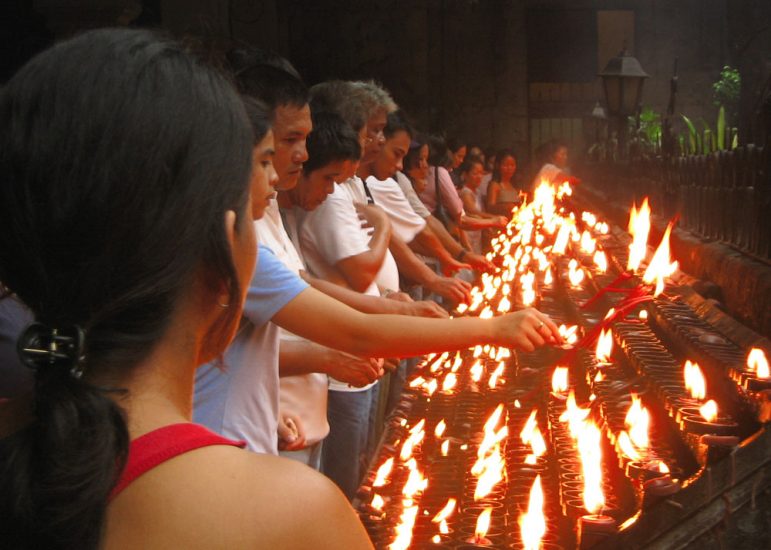 Cebu is an architectural feast of Spanish period churches in the styles of late Baroque, neoclassical, Greco-Roman, and Gothic or a combination of their elements….