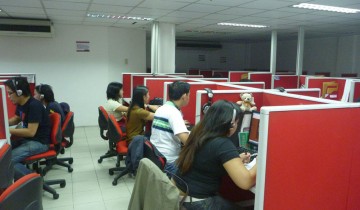 A labor group filed a petition yesterday for an across the board P145 increase in the daily wage of Central Visayas workers.

The Cebu Labor Coalition (CELAC) filed the petition with the Regional Tripartite Wages and Productivity Board (RTWPB) 7. The wage board last increased salaries in Central Visayas in November 2014, according to a Sun.Star Cebu report, when it issued an order for a P13 per day basic pay adjustment in Bohol and in 10 towns and 1 city in northern Cebu. It ordered companies in the rest of Central Visayas to incorporate an earlier P13 cost of living allowance into the basic pay of their employees.

“It is also about time for the wage board of Region 7 to assess and evaluate their failure to provide substantial and significant wage increase for the workers.” — CELAC said in its petition, according to Sun.Star Cebu.

CELAC said the wage board has been merely ordering “token” salary increases in the 26 years of its existence.

The minimum pay in Central Visayas ranges from P275 to P340, the fourth largest rate among 17 regions, according to Sun.Star Cebu.

Pope Francis won’t be able to attend IEC in Cebu

Pope Francis will not be able to attend the International Eucharistic Congress 2016 that will be held in Cebu City in January, according to Catholic Bishops’ Conference of the Philippines president Archbishop Socrates Villegas.

Villegas, in a report at the official CBCP website, also ruled out another papal.

“Let us give other countries the chance to see him. Because if we insist, it’s as if we’re being selfish because it will lessen his opportunities to visit other countries.” — Archbishop Socrates Villegas, as quoted by the official CBCP website.

In neighboring Mandaue City, authorities are going after motor repair shops that block the sidewalks and force pedestrians to walk on the streets. A council resolution authorizing the crackdown was passed last Monday.

Councilor Jimmy Lumapas, who sponsored the resolution, said many of these shops are in Barangays Ibabao, Mantuyong and Guizo.

The Office of the Ombudsman suspended 4 of 5 Highway Patrol Group (HPG) 7 policemen accused of killing lawyer Noel Archival and two of his companions in an ambush in Dalaguete last year.

Former HPG 7 director Supt. Romualdo Iglesia, former HPG 7 Special Operations Team chief Insp. Joselito Lerion, SPO4 Edwin Galan, and PO1 Alex Bacani have been suspended for six months without pay. Former HPG provincial chief Eduardo Mara was not included in the order because he has retired from government service, according to the ombudsman.

Iglesia, Lerion and Bacani are facing a multiple murder case for the killing of Archival, his aide Candido Miñoza and driver Alejandro Jayme. They also face a frustrated murder case for injuries sustained by Paolo Cortes, the sole person to survive the ambush. Galan was cleared by prosecutors.

“Considering that the pieces of evidence gathered by NBI-PNP Task Force Archival appear to be strongly indicative of the culpability of the respondents for grave misconduct…it is warranted that respondents be placed under preventive suspension for the duration of the case.” — read the order written by graft investigation and prosecution officer Myra Zipagan and approved by Ombudsman Conchita Carpio-Morales

The policemen are fugitives and the subject of a nationwide manhunt by the National Bureau of Investigation.

Police go over the vehicle lawyer Noel Archival was riding when he was ambushed and killed in Dalaguete. (Photo by Mark Luzano)

“The wheel’s skid mark on the road reached 16 meters; it wouldn’t have reached that far had the bus’s speed been under 40 kph.” — Citom Operations Division Chief Jonathan Tumulak, according to Sun.Star Cebu

“I was aware the Garcias were interested in the radio stations.  But I’m just one person holding on.  There are nine of them in politics.” — Provincial Board Member Gigi Sanchez-Zaballero, according to Cebu Daily News

There’s a delicacy that’s bubbling in Cebu. Tuslob buwa is basically puso (rice cooked in woven coconut leaves wrapping) dipped into a sauce simmering away in a frying pan, hence the name tuslob (to dip) and buwa (bubbles) or more accurately, the froth that is formed when the soup of pig’s brain with liver and spices simmers in a frying pan until it is reduced to a thick sauce.