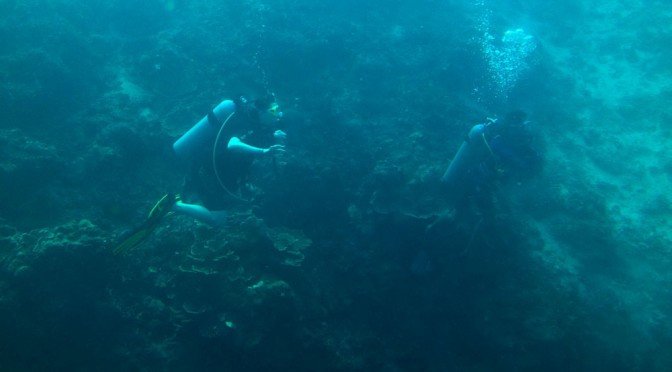 Although it had highly controversial beginnings, the Cebu Yellow Submarine continues to operate in Lapu-Lapu City and is one of Mactan Island attractions.

Instead of the JPark Island Resort and Waterpark (formerly Imperial Palace Waterpark Resort and Spa), the underwater vessel operated by the Cebu Yellow Submarine and Undersea Tour Corp. now docks at the Hadsan Cove Beach Resort in Barangay Agus.

The Cebu Yellow Submarine can accommodate 50 people and go down to a depth of 35 meters.

I was one of those who were on the first few voyages of the Cebu Yellow Submarine when it first opened in March 2013, shortly before its operations were suspended by the Lapu-Lapu City Government upon allegations that it had destroyed corals in its underwater tour path.

Cebu Yellow Submarine executives settled the issues with the City Government and were permitted to continue doing business in Mactan.

The tourist submarine brings guests to a depth of 35 meters and takes them on an underwater tour of Lapu-Lapu seas. Guests sit facing the portholes or glass windows that provide them a view of the different fish species and other underwater scenes.

I don’t know if he is still the operations manager but Anelito Gabisan, when he first introduced us to the Cebu Yellow Submarine, said it was the first of its kind in the Philippines.

Since it was a new type of vessel, Gabisan revealed it took them almost a year of working out licenses and safety certifications before they were issued a special permit to operate by the Maritime Industry Authority (Marina) on March 26, 2013.

A view of the underwater world can be seen through the Cebu Yellow Submarine’s glass portholes.

The permit had to be based on the international safety certification issued to the tourist submarine by the Korean Registry of Shipping. It allows the submarine to head 500 meters out to sea before going down to a depth of 35 meters, Gabisan added.

Jun Kim, who was the general manager way back in 2013, said the vessel can accommodate around 50 passengers and operate for eight hours during the daytime.

He assured that the vessel is very safe, having undergone stringent inspection by the international accreditation group Korea Registry of Shipping.

The submarine can undertake immediate resurfacing during emergency cases without any ill effects on its passengers, and this was shown during our underwater tour.

We stumbled upon Bella’s Bites Soups and Salads along a line of clothing shops in Marina Mall, Lapu-Lapu City. Doubling as a cafe and restaurant,…