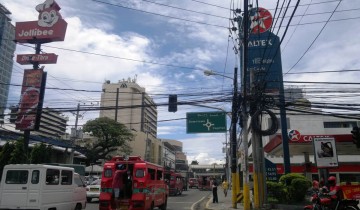 Traffic in Metro Cebu is getting worse and The Freeman has sounded a clarion call – the “lack of imagination and inspired leadership” in solving the city’s traffic problem is driving it “to the brink of economic stagnation.”

Cebu Chamber of Commerce and Industry (CCCI) president Teresa Chan, meanwhile, said the minimum fare should be P6.50 or even P6 and not the P7 that was approved because the price of diesel is now P28.75 per liter and may decrease some more in the coming days. Cebu imploding from traffic mess: The Freeman warns in editorial

There is no truth to the assumption that Cebu’s traffic situation is not as bad as Metro Manila’s. On the contrary, it is far worse.

Metro Manila is the seat of government and therefore enjoys top priority in the landing of big ticket infrastructure projects meant to address traffic congestion. Cebu City does not enjoy the same status in the pecking order of government projects. It has to fight and beg for what is left of the national infrastructure pie. Or it is forced to borrow.

This lack of imagination and inspired leadership is driving Cebu City to the brink of economic stagnation. Do not be fooled by the unbridled rash of real estate development and construction because they represent only one aspect of growth. Unless some solution is found and found fast for the traffic mess that is already here and choking everyone, even vertical development will have to consider its contribution to the overall congestion.

Stakeholders of the Bus Rapid Transit project to be implemented in Cebu will be in the city today to look into the impact of the project on businesses, drivers and transport operators. The group will come up with a “comprehensive plan to restructure and review” the project’s social management aspect, according to a report from The Freeman.

“We really have to carefully peruse the project’s social aspect as there would be displacement otherwise we will be in big trouble socially.” BRT office head Rafael Yap.
The Freeman said at least 2,614 jeepney drivers of 1,307 jeepney units and 912 operators with 1,191 franchises and 22 routes will be affected by the BRT project.

More than 30 structures on Osmeña Boulevard and General Maxilom Avenue were cleared by Cebu City Hall in preparation for Sunday’s Sinulog Grand Parade. Among those cleared was a stage built by Crown Regency Hotel for a concert outside its main entrance. City Hall said the structure did not have a permit.
City Hall also warned those who want to hold street parties not to put up structures that will obstruct the route of the parade on Sunday and procession on Saturday.

Vicente Rama Memorial Elementary School and Apas National High School were the top contingents in the elementary and secondary divisions of the Sinulog sa Kabataan sa Dakbayan yesterday.
Don Vicente Rama won with a performance inspired by the animated film “Antz.” Its 100 dancers dressed as ants impressed the judges at the Cebu City Sports Center to score the first win for the school.

Apas, meanwhile, banked on a simple dance routine and synchronized movements to win, according to a Sun.Star Cebu report.

The group’s choreographer said they did not expect to win, considering they only started practicing during the Christmas break.

“Our concept is praising the Sto. Niño through different sets of prayers, from the old ones up to the present. Our routine is simple ra gyud tungod sa kagamay sa.” — Apas choreographer Venancio Esparaguera, as quoted by a Sun.Star Cebu report.

Cebu Governor Hilario Davide III has ordered provincial engineers to speed up the repair of provincial roads and other infrastructure damaged by tropical storm Seniang, The Freeman reported. Capitol will repair provincial roads in the towns of Alcantara and Barili that have been rendered impassable by the storm. To speed up repair and rehabilitation, Capitol will buy heavy equipment.
The Freeman: Davide: Hurry up on road repairs

“It is but a rare occurrence that a foreigner will develop such immense interest on Cebuano history as substantiated by his lifelong dedication to the research and study of Cebu.” — resolution naming Dr. Michael Cullinane adopted son of Cebu City

“We are concerned about this matter because this can help our employees a lot. While P5 may not be feasible, considering the operational costs, we hope our jeepney operators and drivers will help the riding public, the majority of our population who are wage earners, by offering P6.” — CCCI president Tess Chan. A group of BS Entrepreneurship students from the University of San Carlos have built a bottled juice drink business that has been described by a Sun.Star Cebu report as “gaining popularity in supermarkets, school canteens, and shipping lines.”

Their drink, Quenchers, started out as a school projected that they decided to turn into an actual business. Their company now produces more than 2,000 bottles of the drink every week.

This year’s first Suroy-Suroy Sugbo will head to Cebu attractions in the southern city of Carcar and towns of Barili, Moalboal, Alegria, Malabuyoc, Oslob, Boljoon,… 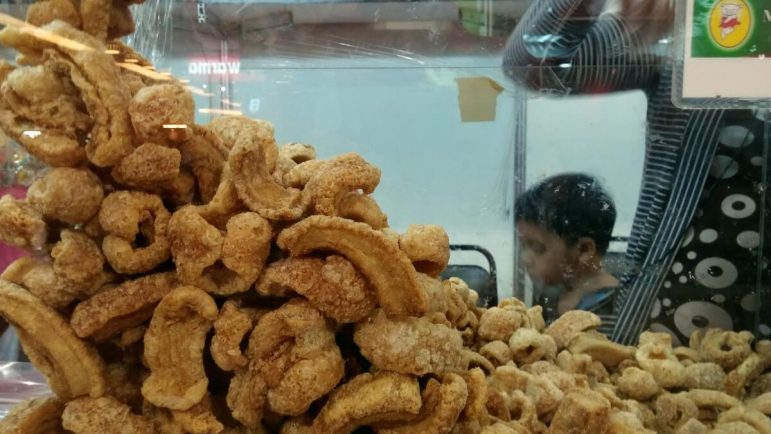