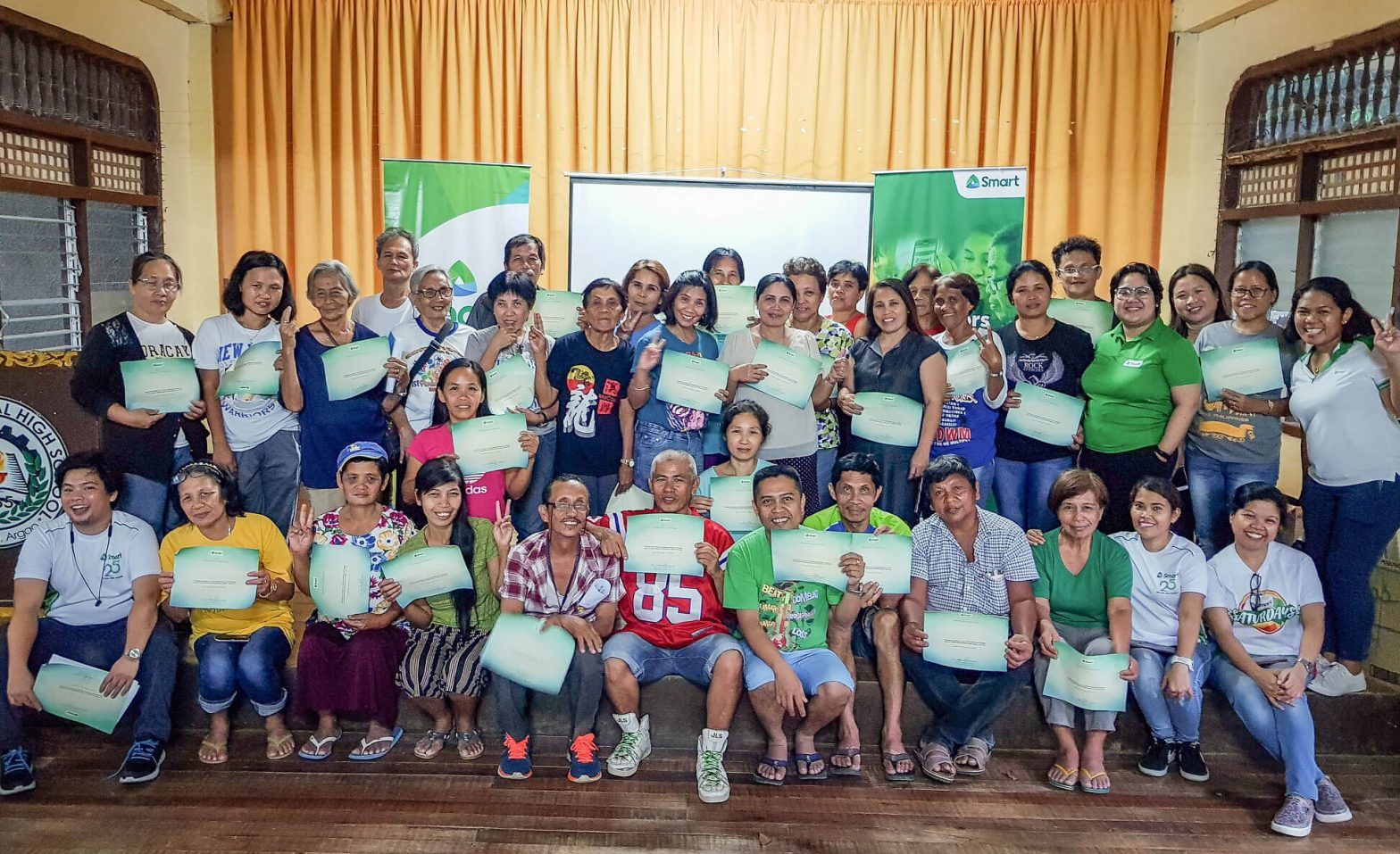 From north to south, Cebu youth are coming together to make sure that Cebu’s seniors are keeping up with the changing times

Nanay Miliang of Colawin, Argao stood out in more ways than one. Apart from being the oldest learner in the room, she also had the most interesting companion—where other lolas had their small grandchildren in tow, Nanay Miliang’s companion was her four-legged guardian, a 9-year-old dog named Tanduay.

Already 82, Nanay Miliang’s age did not stop her from energetically participating in a recent Smart Millenniors session held in their barangay.

Ever faithful, Tanduay stayed by Nanay Miliang throughout the session. Together, they listened to the lecturers as they shared their knowledge about smartphones, social media and internet safety. They even participated in icebreakers side by side.

“I’m happy to have learned all these things, but I admit I still have more studying to do when I get home,” she said after the session.

Nanay Miliang and 60 other senior citizens from Sts Peter and Paul Parish in Bantayan Island, and from Colawin and neighboring barangays in Argao joined the recent runs of the Smart Millenniors Program in Cebu.

During the sessions, the elders were paired up with youth volunteers from their communities, who assisted them as they became more familiar and comfortable with smartphones and social media platforms like Facebook.

The volunteers, who were from the Sts Peter and Paul Parish Youth Coordinating Council and the Colawin National High School, also taught the seniors how to do video calls in chat apps like Messenger, as well as how to watch shows online via video streaming services like YouTube.

Nanay Miliang, 82, was one of the oldest participants in the Argao session. She and her fellow seniors learned more about smartphones, social media and internet safety during the session.

In Bantayan, participant Marilyn Negapatan, a retired teacher from Bantayan National High School, was all smiles at the end of the session.

“I started with only a little knowledge, but thanks to this program, I was able to enrich myself,” said Negapatan, who was joined by churchmates and fellow chapel leaders. “I learned a lot and enjoyed while at it, too.”

In Colawin, the excited seniors trooped to the Colawin National High School (CNHS) to learn from their teachers–digital-savvy senior high school students of CNHS.

Last year, Smart fired up a Long Term Evolution (LTE) site in Colawin. Since then, the once quiet and remote barangay has seen big changes as it became more connected to the rest of the country and the world, with families growing closer, and students performing school tasks better.

Former Chief Justice Hilario Davide Jr., a native of Colawin and a ‘millennior’ himself, dropped by the session to address fellow seniors. “Technology has made the world smaller, because it brings people closer through connectivity,” he said. “I encourage all of you to learn as much as you can during the program, and to use technology for good.”

The seniors, who mostly had children now living away from them, expressed how much they wanted to learn and keep abreast with technology. “We don’t want to be left behind,” they said.

The youth volunteers teamed up with Smart employee volunteers in facilitating the whole-day training sessions. “I feel overwhelmed. I realize now that I know how to teach,” shared Colawin student Joana Kristelle Albeos.

Her classmate Lessly Jyn Orbeta, on the other hand, was more excited about teaching her own grandmother at home. “I am very happy that Smart came back to our school. I am very excited to teach my grandma as well,” said Orbeta, who grew up with her lola, but is currently living away from her. “I can’t wait to see her again and teach her all of this,” she added.

Cebu-based Smart employee Kenneth Asuncion was among the volunteer lecturers. “It’s heartwarming to do something that has a direct impact to people. This is proof that technology can really bring communities together,” he said, adding that making seniors aware about online scams and identity theft on the internet is important, too.

Aside from the lectures, the group also engaged in an interactive game on internet safety concepts, as well as a photo contest to put their new smartphone photography learnings to use. At the end of the program, Smart raffled off new smartphones to a lucky Millennior and volunteer.

“This phone will definitely help me make my reports for school,” said Hannah Grace Omas-as, the CNHS volunteer who won in the raffle. An honor student, Hannah shared that without a phone and the internet, she had a hard time researching for her papers. “But more than this phone, my experience teaching the elders—that was also a gift,” she added.

The Smart Millenniors program, spearheaded by Smart, enlists the help of youth volunteers in teaching senior citizens about technology, particularly how to use their smartphones, mobile data, social media and video to enrich their lives.

For its efforts in expanding the technological know-how of seniors across the country, the Smart Millenniors program was awarded a Silver Anvil at the recent 54th Anvil Awards. Since its launch in 2017, it has already conducted sessions with seniors around Metro Manila, Laguna, Cebu and Cagayan de Oro.

Is the original really encased inside Magellan’s Cross?

No, according to several historians. The panel placed at the foot of the cross makes two astonishing claims: that it contains the original Magellan’s Cross… 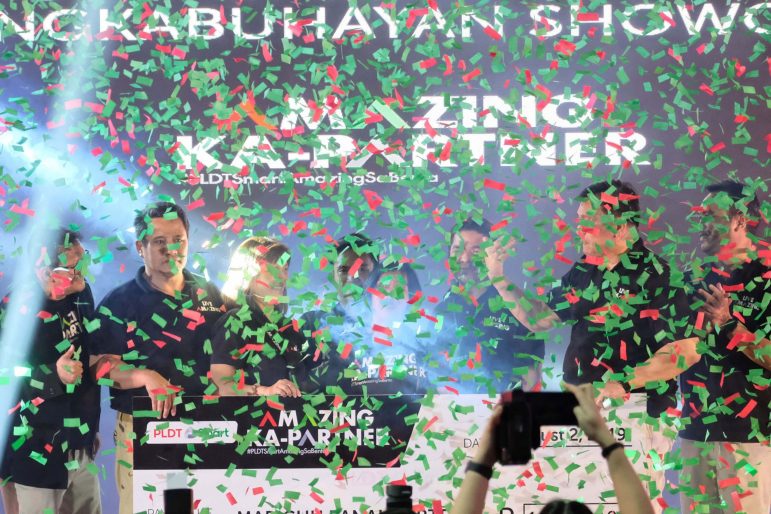 Five brand-new millionaires, and more than 100 winners of motorcycles, mobile gadgets, load wallets, grocery items, and other premium items—these are the exciting highlights of…