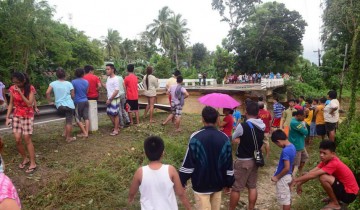 It’s gloomy weather in Cebu today, with dark skies and light to moderate rains affecting most of the metro. The weather bureau said Cebuanos can expect the situation to continue until Wednesday due to a weather disturbance it calls the tail end of a cold front.

1. Tents set up at Sibonga Bridge

Two heavy-duty tents are to be set up on both ends of the collapsed Dumlog Bridge in Sibonga to alleviate the inconvenience of passengers, a Capitol official said. Each tent measures 20 by 30 feet.
The move was in anticipation of commuters returning to Cebu City after spending the holidays in their hometowns in south Cebu. Last Friday, there was a line more than a kilometer long of passengers from the south and neighboring island of Negros trying to get to Metro Cebu. (Sun.Star Cebu: Shelter) 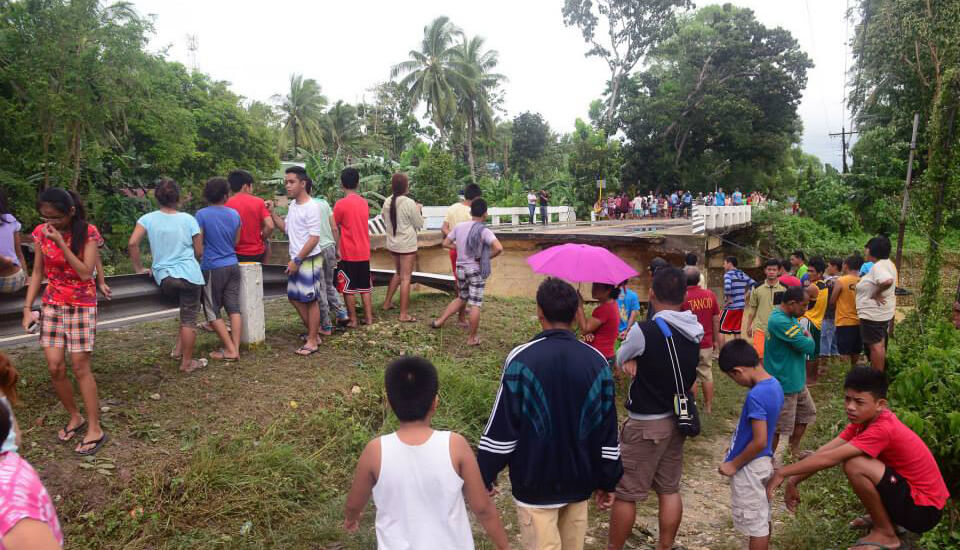 VITAL LINK. The Dumlog Bridge in Sibonga is a vital link in the south coastal highway that leads all the way to southern Cebu from Cebu City. (Photo by Mark Luzano)

As engineers rush to put up a steel bridge, the mayor of Sibonga said the local government will try to come up with other measures to lessen the disruption caused by the damaged Dumlog Bridge to passengers and drivers. The bridge, destroyed by tropical storm Seniang (international codename: Jangmi), is a vital link in the south coastal highway that leads all the way to southern Cebu from Cebu City. One temporary solution the mayor is thinking of is paving the land on both sides of the bridge so cargo vehicles can pass through.

“All these products are wasted because they cannot pass through,” Sibonga Mayor Lionel Bacaltos said on agricultural goods that need to be transported to Cebu City.

Four Cebuanos were identified to be among 16 Filipino crew members of the Bahaman ship Bulk Jupiter that sank off the East Vietnam Sea last Friday, January 2. The cargo ship was on its way to China from Malaysia when it sank off Vietnam. It was able to send a distress signal at 11:30 a.m. on January 2. Sun.Star Cebu, quoting a dyAB radio report, identified the crew members as: Jerome Dinoy, 23, third officer, a resident of Lapu-Lapu City; Renato Toribio II, 36, of Bantayan, Cebu; George Espliguera Jr., 27, OS 2, of Cebu City; and Renner Karl Abogadie, 29, chief mate, a native of Baybay, Leyte currently living in Mandaue City. (Sun.Star Cebu: 4 Cebuanos among crew missing from foreign boat)

Two new sinkholes were reported in the towns of Alcantara and Badian in southern Cebu last week. The Alcantara municipal engineer said he received reports that one even caused “half a mountain” to collapse in Barangay Cabadiangan. The sinkhole reportedly measured 35 feet deep and formed on the slope of the mountain.

“After the soil caved in due to heavy rains caused by typhoon Seniang, some coconut trees’ leaves were already level with the ground,” Arturo Palencia, Alcantara Municipal Engineer, told Cebu Daily News.

(Cebu Daily News: Sinkhole swallows ‘half a mountain’ in Alcantara; another found in Badian town)

Of the 537 new HIV cases recorded in October 2014, 10 percent or 53 individuals came from Central Visayas. The National Capital Region is still the highest with 38 percent. Region IVA or the CALABARZON is second at 14 percent.

According to the DOH, 95 percent of victims are male and the “median age” was 27 years old, with the age of cases ranging from 18 to 57 years. DOH said the common modes of transmission were sexual contact at 518 of the total cases and needle sharing by drug users, with 19 cases. (The Freeman: CV third nationwide on HIV cases – DOH) 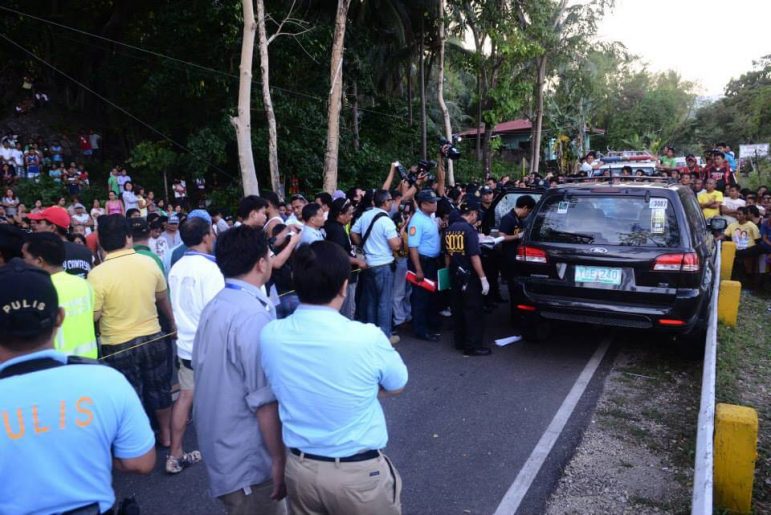 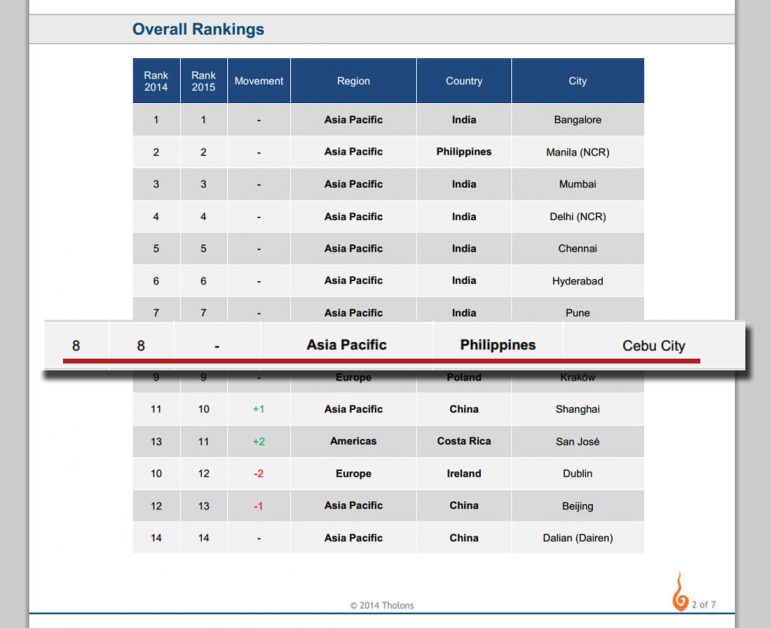