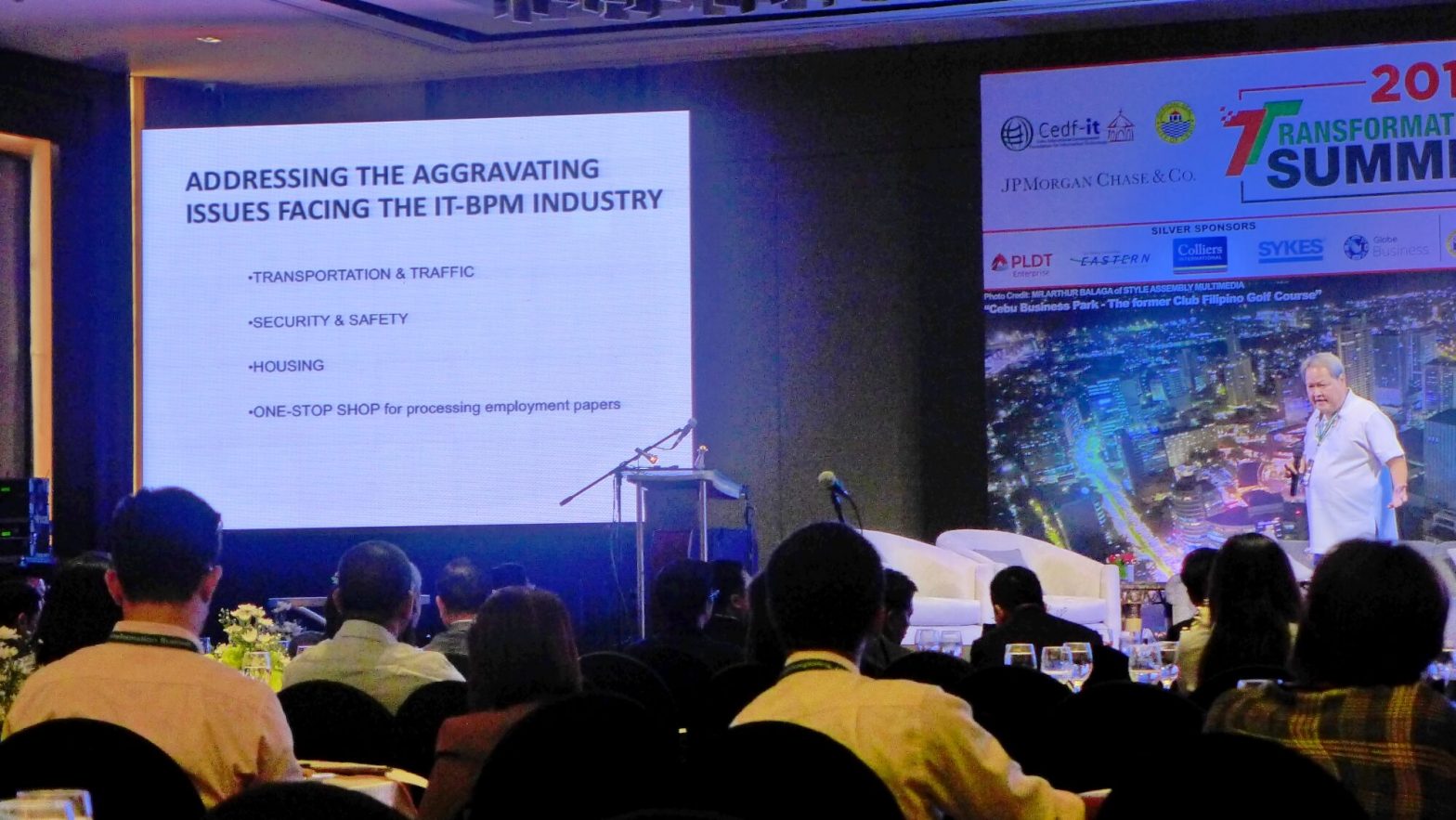 The IT and BPM industry brings in P9.6 billion in new money to Cebu City every month. By the end of 2019, that figure will balloon to P20 billion monthly, even by low estimates, said Cebu City consultant Joel Mari Yu.

Yu gave an overview of IT/BPM in Cebu City in yesterday’s Transformation Summit at the Marco Polo Plaza Cebu. Yu led the now defunct Cebu Investment Promotions Center, which has been credited with bringing in investments to the city.

“The numbers I’m showing you are modest assumptions based on first class data gathered from primary sources,” Yu prefaced his presentation.

WHAT WE NEED TO DO. By dealing with aggravating circumstances for investors in Cebu, the target of 200,000 employees in the IT/BPM industry by 2019 can be easily achieved, said Cebu City consultant Joel Mari Yu.

Assuming a 1:1 ratio between salaries and wages and operating expense, P7.6 billion in new money flows into Cebu monthly, Yu said. This is based on an employee count of 130,260 in 2016. The figure is also limited to Cebu City and does not take into account locations like Mandaue City and Lapu-Lapu City.

“This is new money coming in monthly,” Yu said. “When Shoemart makes money, they sell to Juan to pay Pedro. It’s recirculated money. But when you bring in a foreign investor, the money is remitted from abroad every month. Every single month they remit money to pay for their expenses, for their operations in this country.”

Today, Yu said, Cebu City gets P464 million in monthly rental income from IT/BPM companies. By 2019, that will grow to at least P700 million monthly.

Hitting the target of 200,000 IT/BPM employees in Cebu City by end of 2019 is achievable, Yu said. It will not even entail promotions and marketing.

“It is a matter of Cebu City dealing with aggravating circumstances facing the IT/BPM industry,” Yu said.

These key problems are transportation and traffic, security and safety, housing, and the need for a one-stop shop for processing employment papers. By dealing with these problems, Cebu City will get even more investments and locators.

“I do not like the former mayor because he was one of the bigger reasons why the CIPC closed shop,” Yu said to end his talk. “But he said something and I would like to end by quoting him. Can we do this? Together we can make it happen.” In celebration of this year’s Mother’s Day, Oakridge Business Park held a SUPER MOMMIES Movie Day Out last May 14, at the Oakridge Pavilion, an… 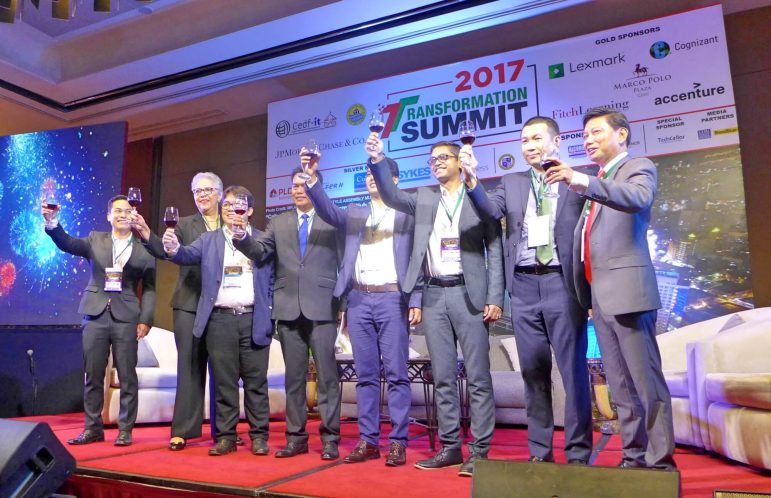 Seeing the need for an organization that will look after the interest of the information technology and business process management sector in Cebu, the Cebu…