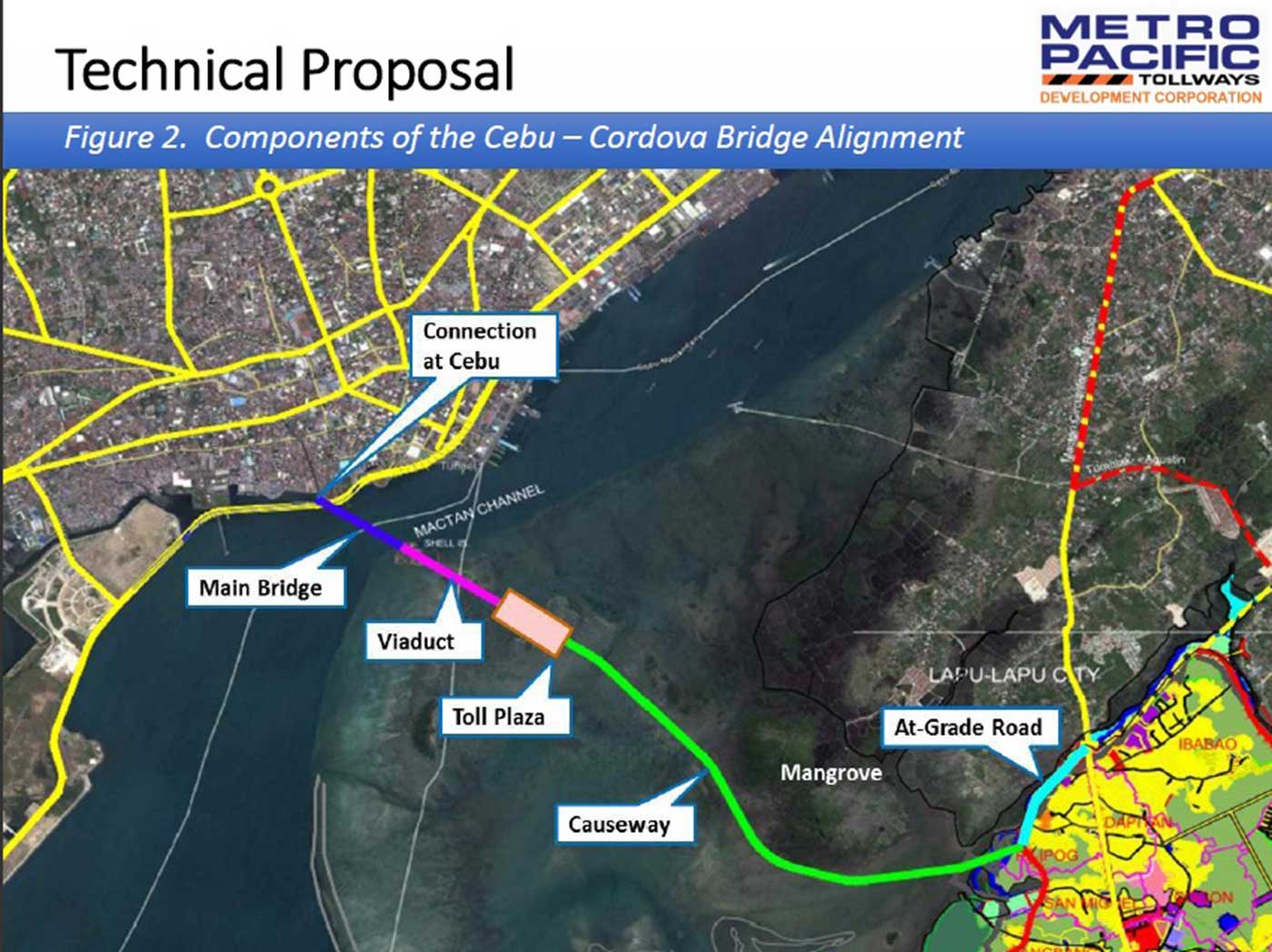 Acting Cebu City Mayor Edgardo Labella has issued the notice of award for the Cebu-Cordova Bridge Project to the Metro Pacific Tollways Development Corp. (MPTDC). With the notice, the company can now start processing the permits for the construction of the bridge.

“Please be informed that you have been awarded the project for the formation of a Joint Venture Agreement with the City Government of Cebu and the Municipal Government of Cordova for the financing, design, construction, implementation, operation and maintenance of an 8.55 km toll road to be known as the Cebu-Cordova Bridge, including the construction of the connections to Cebu City and Cordova, the main bridge, structure, viaduct, causeway and roadway,” Labella said in a letter to MPTDC chief executive officer and president Ramoncito Fernandez, The Freeman reported.

CEBU-CORDOVA BRIDGE. An earlier iteration of the plan for the 3rd Cebu bridge. (Image taken from Regional Development Council website)

Cebu City Committee on Awards member Mary Rose Salvatierra told The Freeman no other bidder submitted a challenge to the MPTDC proposal. She said the notice of awards was supposed to have been released in the second week of December but various incidents, including Mayor Michael Rama’s 60-day suspension last December 10, delayed the release.

Salvatierra said MPTDC can now start processing permits for the project like getting clearances from the Philippine Coast Guard and the Cebu Ports Authority.

Construction of the third Mactan bridge is expected to start in the first quarter of 2016, said Cordova Mayor Adelino Sitoy.

Under the latest proposal, the Cebu-Cordova Bridge will span eight kilometers from the mouth of the Guadalupe River to Shell Island and then Cordova town. It will have a toll plaza and causeway. The bridge is projected to cost P27 billion, higher than the initial estimate of P17 billion.

The project broke ground On January 1, 2015. The project will be undertaken under a build and operate scheme with Cebu City and Cordova getting a share of the toll that will be collected from users of the bridge. An estimate placed the toll for bridge users at P55.

Cebu Daily News, in a news report published in January 2015, said the Cebu-Cordova Bridge could be opened to the public as early as 2018. A 3rd Mactan bridge is seen to ease crippling traffic in the existing 2 bridges and their surrounding areas in Lapu-Lapu and Mandaue Cities. 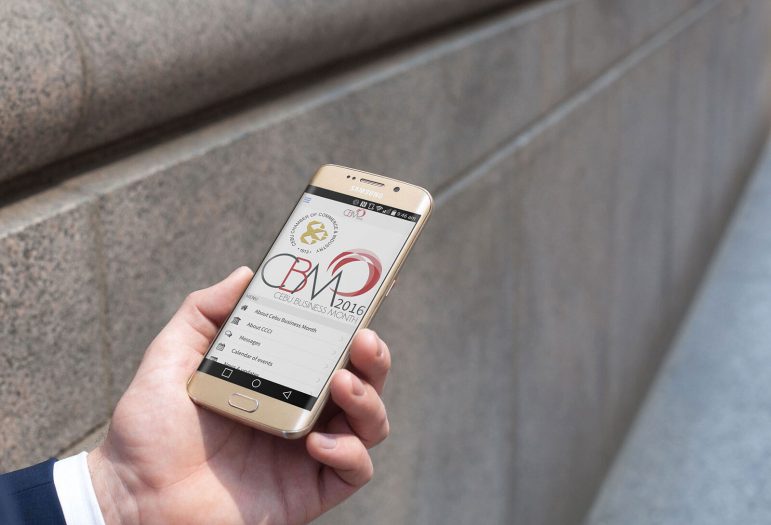 In line with the Cebu Business Month 2016 theme “Digital Cebu,” organizers released an updated version of the Cebu Business Month mobile app. The app will serve as guide to Cebu’s biggest business event, which is held every June. It will also feature stories and updates about the event in the months leading to it. The app will also include articles about the Cebu business community.

With the Smart Money MasterCard, dependents of OFWs can receive cash remittances from family abroad straight to their Smart Money account. When the account is linked to a mobile phone, the easier it is to monitor remittances; dependents can even perform various financial transactions simply via SMS.