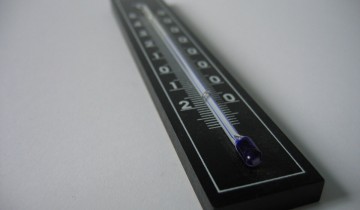 Charges have been filed against an Australian national, his underage girlfriend and parents involved in trafficking and pornographic activities of children in the municipality of Cordova last year.

The Office of the Cebu Provincial Prosecutor found evidence to charge five people, including Peter James Robinson, an Australian national, and his underage Filipina girlfriend, for their involvement in pornographic activities in Cordova town, Cebu last year.

Robinson, 51, is facing charges of 10 counts of violating Republic Act 7610 that penalizes child prostitution and other forms of child abuse as well as five counts of rape.

A separate charge was also filed against him and his 17-year-old girlfriend for allegedly violating Republic Act 9775 or the Anti-Child Pornography Act.

“We are not happy that parents are involved because as Filipinos we know that we care for our family. But this should serve as an example to all the other parents that they should not sell their own children.” — Atty. Noemi Truya-Abarientos, spokesperson of the Children’s Legal Bureau

COLDEST FOR THE YEAR. The northeast monsoon is bringing cold mornings to Cebu. The weather bureau said warmer days will start in March yet. (Creative Commons Flickr photo by Marek Papala)

According to Pagasa (Philippines Atmospheric, Geophysical and Astronomical Services Administration) Mactan, Cebu station, Cebu experienced the coldest temperature this year at 22.4 degrees Celsius at 5:10 a.m. on Feb. 4, 2015. This is due to a northeast monsoon, which is responsible for the recent cold mornings in Cebu.

Last year’s lowest temperature was recorded on January 25 at 20.8 degree Celsius. Warmer days will start in March when the southwest monsoon takes over, the weather agency said.

No academe support for ‘Cebu Hub for English Excellence’

The Cebu Business Club (CBC) lamented the lack of support for its initiative called “Cebu Hub for English Excellence” (CHELE).

CBC initiated CHELE in December 2010 as an advocacy to develop Cebu as a destination for learners of English as a Second Language (ESL).

At least 10,000 tourists come to Cebu to take up ESL subjects for six months to a year, based on 2011 figures.

On our way to Santander, Cebu, we looked for and dropped by Maria’s Batchoy in the town of Dalaguete after hearing from friends and acquaintances…