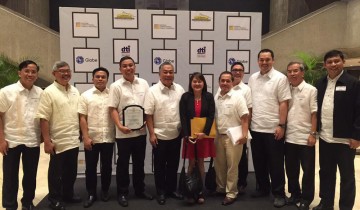 Both Cebu City and Cebu Province did well in the Third Regional Competitiveness Summit yesterday.

Cebu Province, on the other hand, was third in the Most Competitive Province category after Davao Del Sur and Misamis Oriental. 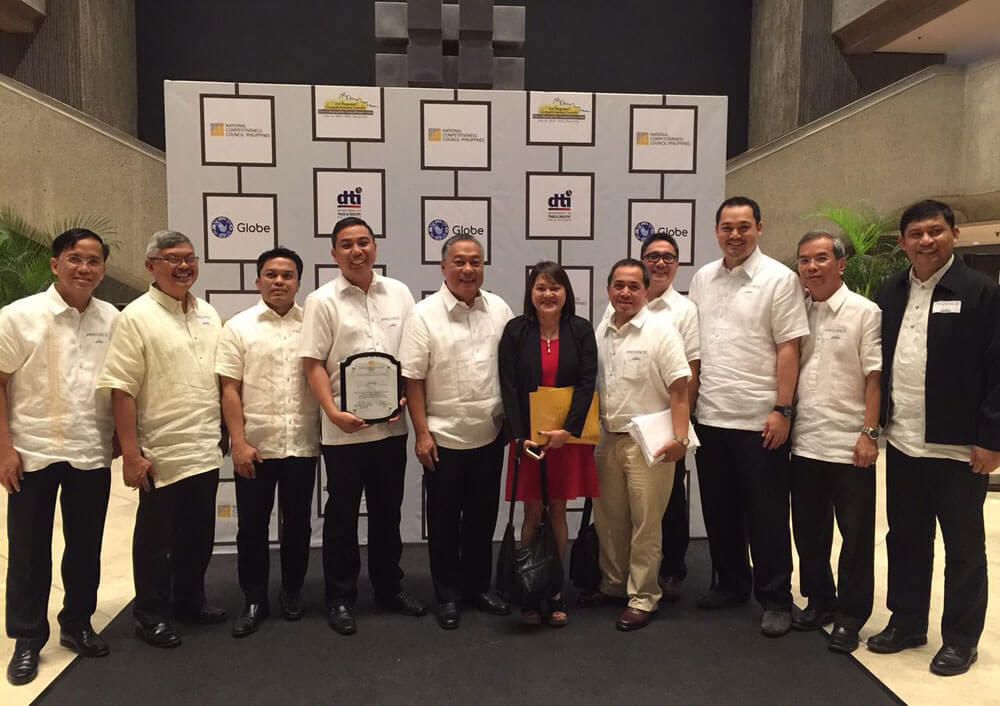 AWARD. Cebu Gov. Hilario Davide III (center) leads Capitol officials in getting the award for being among the country’s most competitive provinces. Also with Davide is his wife, Jobella. (CAPITOL PHOTO)

The award and event are organized by the National Competitiveness Council (NCC).

“It’s something that we, Cebuanos, especially businessmen, can be proud of.” — Philippine Chamber of Commerce and Industry area vice president for the Visayas Jose T. Ng, according to Cebu Daily News

“We accept this recognition as a challenge to do more and be better.” — Cebu Governor Hilario Davide III

“We should always aim high. I didn’t even know that this has been going on. This time, we already have the money. We should prepare for all of this next year.” — Cebu City Mayor Michael Rama

Traffic authorities in Mandaue City will soon start implementing a traffic scheme that will have 2 roads designated for 1-way traffic.

The traffic office will designate S.B. Cabahug St. and the J.P. Burgos St. as one-way roads:

Traffic Enforcement Agency of Mandaue acting chief Glenn Antigua said they will be putting up signs to guide motorists. 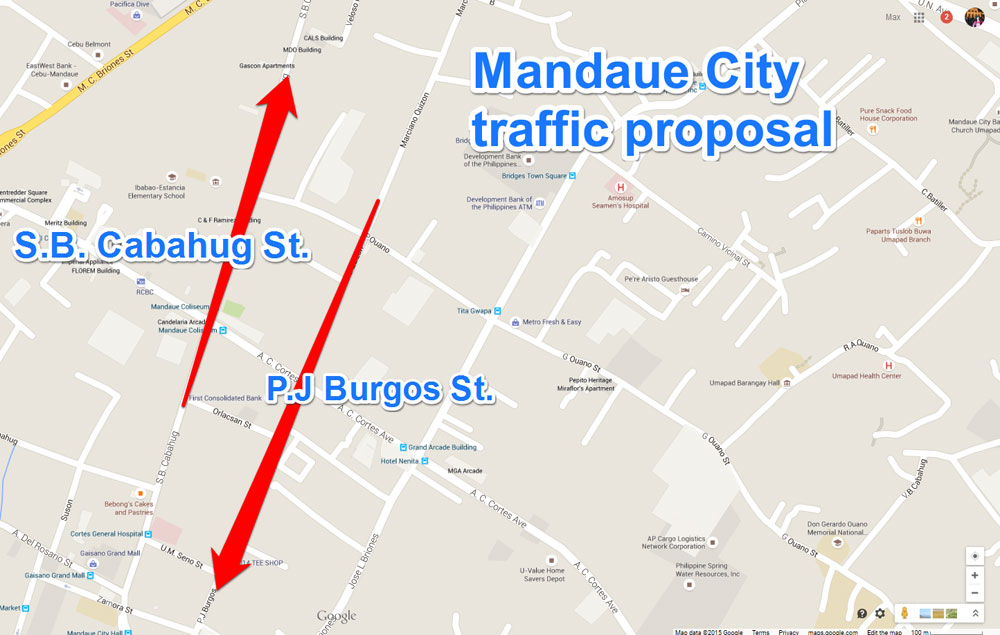 MANDAUE TRAFFIC PLAN. Mandaue traffic officials are proposing the designation of some streets in Mandaue City for one-way traffic.

“If the feedback is positive, we will craft an ordinance making the scheme permanent.” — Councilor Elstone Dabon, chair of the City Council committee on transportation, according to Sun.Star Cebu

“This will not solve heavy traffic instantly. We have so many vehicles and the road and drainage projects of the DPWH 7 are ongoing.” — City Planning Officer Florentino Nimor Jr.

Private companies and government agencies without designated breastfeeding stations face a P1 million fine and a cancellation of their business permits. The setting up of such stations are mandated by a law passed in 2010. The law also requires employers to give nursing workers lactation breaks during work hours, on top of the regular lunch and snack breaks.

National Nutrition Council Central Visayas nutrition program coordinator Parolita Mission told The Freeman less than 10 percent of companies in the region have set up breastfeeding stations. Missions said companies can defray the cost of building the station through tax credits.

The company that owns radio station Bantay Radyo has informed the National Telecommunications Commission it will be transferring its office to the Cebu CFI Cooperative Building on M. Velez Street, Cebu City.

Sarraga Integrated and Management (Siam) Broadcasting Corp. did not renew its contract with the late vice governor Gregorio Sanchez, Jr. that will expire this month. Siam Broadcasting rejected a renewal offer by Provincial Board Member Board Member Grecilda Sanchez-Zaballero.

The company, instead, signed a new contract with CFI, which was founded by retired judge Esperanza Garcia, the mother of Rep. Gwendolyn Garcia. The Sanchez and Garcia families are political rivals.

» Purchase of P900,000 worth of hormones above board, Cebu City officials tell auditors 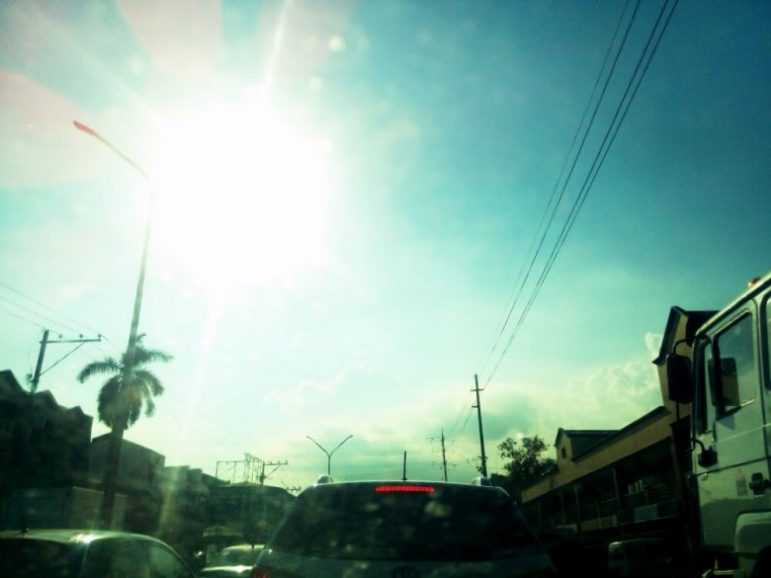 It will be “very hot: in the days ahead, the Philippine Atmospheric, Geophysical and Astronomical Services Administration (PAG-ASA) warned the public. PAG-ASA Visayas Director Oscar… 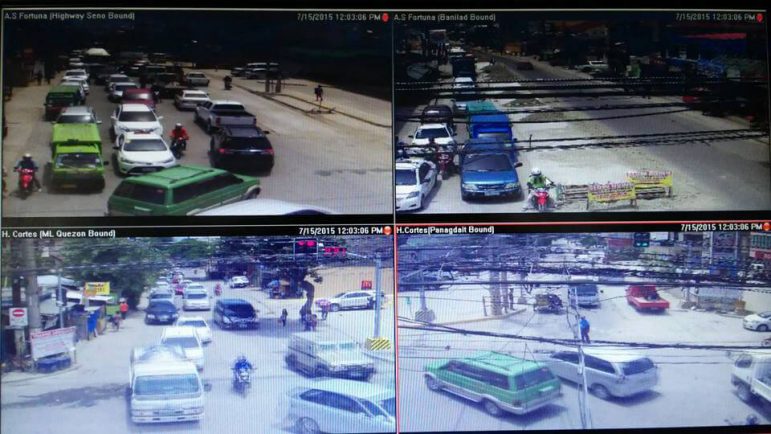