Lack of transparency in some government agencies and the practice of informal payments to move business transactions forward pose the biggest threats to Cebu’s competitiveness.

A good number of Cebu enterprises that were the respondents of a survey conducted by Isla Lipana & Co. in collaboration with the Cebu Chamber of Commerce and Industry (CCCI) admitted they were asked for gifts and tokens in the course of their dealings with government officials and agencies.

At least 20 percent of those surveyed said they made informal payments within the last 12 months, according to CCCI Trustee Aldie Garcia who revealed the survey results in a press conference shortly before the CCCI General Membership Meeting yesterday, October 29, 2019.

Garcia, who is at the same time the assurance partner of Isla Lipana, defines informal payments as anything asked for or given above and beyond what is required in lawful transactions.

Close to half said they paid to rectify delays in business transactions while another 17 percent did so because they were asked to by a government official or agency.

What’s disturbing, added Garcia, is the 17 percent of respondents who admitted voluntarily giving gifts to gain favors or advantage. “For micro to medium enterprises, giving between 1-10 percent of annual business expense is already life and death of the company. How much will you need to sell to be able to recover,” he pointed out.

Cebu’s competitive rating, which had suffered in the last three years, served as platform for the discussion and later on the decision to conduct the business survey.

CCCI President Virgilio G. Espelita said the goal of the survey “Shared Ambition: Driving Cebu Competitiveness to the Next Level” was to get the pulse of companies and their inputs on what it would take for businesses to thrive.

“Being truly the voice of business, it is our responsibility to tell the truth,” he added, citing that the chamber’s objective in revealing the survey results is simply to hasten public and private cooperation that would lead to solutions.

Espelita said the concerned local government units and government agencies were apprised of the survey results along with CCCI recommendations. Their respective department secretaries were furnished copies of the chamber’s communication.

Survey respondents were asked to rate the transparency of government agencies they frequently deal with and the Department of Trade and Industry (DTI), Securities and Exchange Commission (SEC), Department of Information and Communication Technology (DICT), Armed Forces of the Philippines (AFP), and Bureau of Investments (BOI) came out in the top five.

In the bottom five are the following: Bureau of Customs (BOC), Bureau of Internal Revenue (BIR), Bureau of Fire Protection (BFP), Department of Transportation (DOTR), and Philippine National Police (PNP). 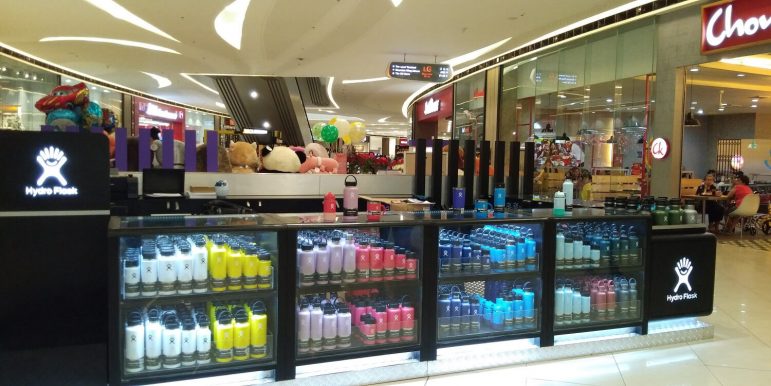 When it comes to keeping your drink hot or cold, nothing beats the performance of Hydro Flask. The insulated stainless steel flasks can keep your…

To boost Iloilo City’s bid to be one of the country’s best urbanized cities, PLDT wireless subsidiary Smart Communications, Inc. has signed an agreement with…