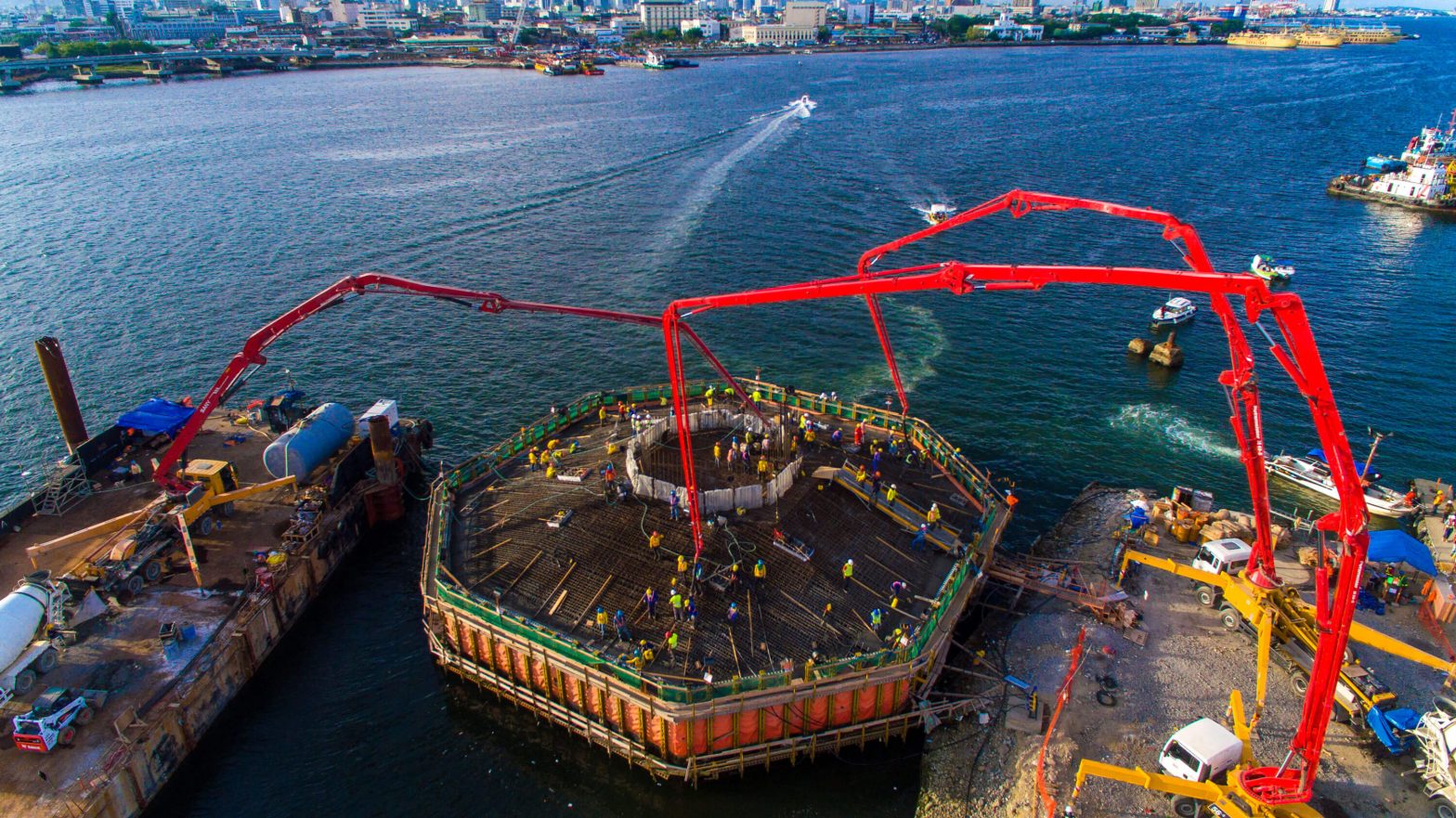 Progress on the construction of the 8.5-kilometer Cebu-Cordova Link Expressway (CCLEX) will be more visible now, particularly for those passing by the Cebu South Coastal Road (CSCR) viaduct, after the completion of all the bored piles for the project’s main bridge pylons.

The concrete pours for the pile caps of the two towers between Mactan Channel are almost done, after which, self-climbing formworks for the building of the twin pylons or towers will follow. Piling works for the main bridge’s support anchors have also been completed.

Onshore piling continues for the Cordova viaduct from the temporary causeway while construction of the CSCR ramps’ columns and piers are ongoing. Embankment works are also ongoing for the permanent causeway.

As of the latest count, a total of 1,519 personnel has been fielded for the construction of the CCLEX project.

“We are delighted to give this update that we have hurdled this major milestone of completing the piling works for the pylons of the main bridge and almost done with the large concrete pouring for the pile caps. We are working hand in hand with our team to complete the works on the other components of the project and be able to deliver the CCLEX, as committed, in 2021,” Cebu Cordova Link Expressway Corporation (CCLEC) President and General Manager Allan Alfon said.

The P30 billion CCLEX project will have two lanes in each direction and will feature the main navigation span twin pylon stay cable bridge, viaduct approach bridges in Cebu City and Cordova sides, CSCR on and off ramps, causeway and toll plaza.

The span and height of the bridge will allow large vessels to pass underneath and the link is expected to serve at least 50,000 vehicles daily. It will also give Cordova direct access to Cebu City and is envisioned to decongest the traffic in the two existing bridges and provide faster link between Mactan island and mainland Cebu.

CCLEX features a lighted cross on top of the pylons to symbolize Cebu’s significant role as the cradle of the Catholic devotion.

CCLEC, a subsidiary of Metro Pacific Tollways Corporation (MPTC), will build, operate and maintain CCLEX under a joint venture agreement with the local governments of Cebu City and Cordova.

MPTC is the largest toll road developer in the Philippines and currently owns, manages and operates the North Luzon Expressway (NLEX), the Subic Clark Tarlac Expressway (SCTEX) and the Cavite Expressway (Cavitex). MPTC has other toll roads currently under construction, namely the Cavite Laguna Expressway (CALAEX), the NLEX Connector Road, as well as the ongoing expansions of the NLEX. MPTC also has substantial investments in other toll roads in southeast Asia notably in Thailand, Vietnam and Indonesia

CCLEC broke ground on the CCLEX project on March 2, 2017, an activity led by President Rodrigo Duterte. CCLEC awarded the “Design and Build” contract for CCLEX to Cebu Link Joint Venture (CLJV) on December 19, 2017.

CLJV is a consortium of Spanish company Acciona Construccion S.A., and Filipino companies First Balfour, and D. M. Consunji Inc. CCLEC also engaged the services of COWI A/S of Denmark with the Philippines’ DCCD Engineering Corporation, as its sub-consultant, to be the project’s technical advisor/owner’s engineer. Norconsult, a Norwegian consultancy firm, was also tapped as the project’s independent consultant.

The toll bridge project started civil works in July 5, 2018 and has successfully secured financing to ensure its completion.

CCLEX is MPTC’s first expressway project outside Luzon and first public-private partnership project with the local government units of Cebu City and Cordova.

Aside from beefing up Cebu’s road network, CCLEX will help spur economic growth and boost investments not just in Cebu City and Cordova Municipality, but also in the entire Cebu Province and Visayas region. (Press Release) 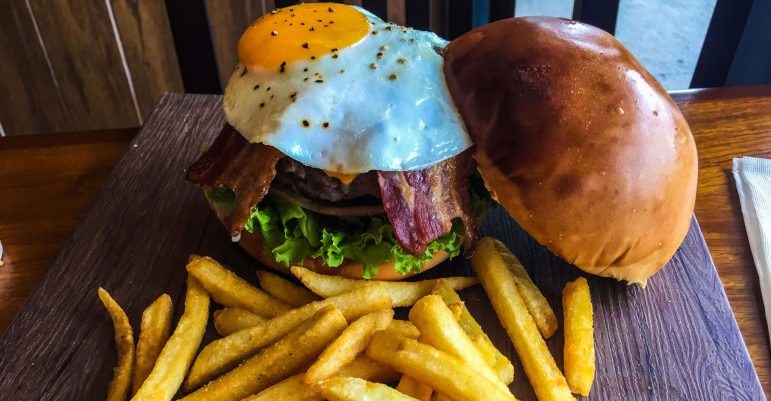 To cater to visitors arriving in or leaving Cebu via the Mactan-Cebu International Airport, TGI Fridays opened its third branch here and 26th nationwide at…