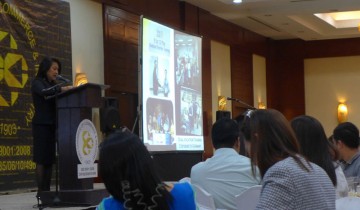 A year into her term as president, Ma. Teresa B. Chan reported that the Cebu Chamber of Commerce and Industry (CCCI) improved the productivity and broadened business ties of Cebu’s entrepreneurs.

Cebu’s leading business organization conducted seminars, workshops, and trainings on entrepreneurship, human resource development, financial management, and other topics crucial to business growth and development from the start of her term on May 16, 2014, Chan said.

“In promoting the continuous improvement of productivity, quality standards and efficiency, we raised the bar for Cebu’s entrepreneurs,” she cited, adding that CCCI conducted year-round activities in collaboration with other groups to provide companies with the necessary skills to remain competitive in a global business environment. 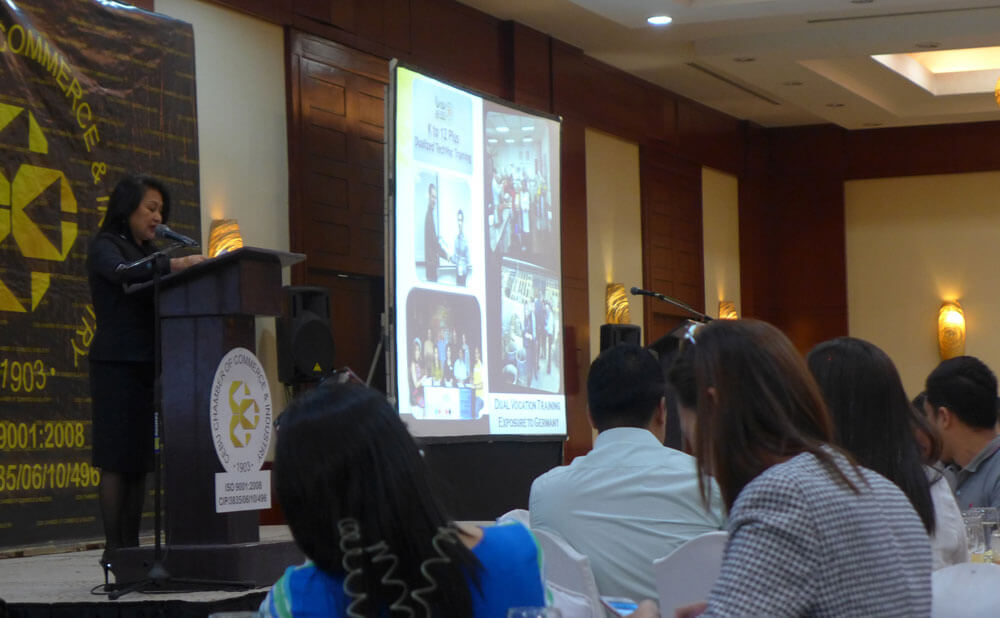 RAISING THE BAR. Cebu Chamber of Commerce and Industry president Tess Chan says that “in promoting the continuous improvement of productivity, quality standards and efficiency, we raised the bar for Cebu’s entrepreneurs.”

She added during the CCCI General Membership Meeting and Induction of New Officers and Trustees on May 15, 2015 that they also organized inbound and outbound trade missions to expand the network of member companies.

As a solution to the challenge hounding micro, small and medium enterprises (MSMEs) that is lack of credit access, Chan said that CCCI signed an agreement with the Small Business Corporation and Philexport Cebu to facilitate developmental financing for MSMEs.

One major achievement of CCCI in 2014 was the launch of the Cebu Food Consultancy Group that’s tasked to assist the food sector meet international safety standards so it can participate in the global market.

The group was formed in partnership with the Department of Science and Technology (DOST) 7 and AFOS Foundation, Chan said in her report.

CCCI also entered into partnerships with such groups as the Cebu Bankers Club, Federation of Countryside Rural Banks, SGV and Company, and Department of Trade and Industry (DTI) to strengthen the capabilities of micro, small and cottage industries.

The chamber also continues to offer administrative aid to businesses, such as exporters who need help in authenticating their export documents.

According to Chan, the group also serves as forum for gathering business consensus on matters with economic significance. These include such concerns as identifying the necessary road and infrastructure projects in support of industries that act as economic drivers of Cebu and other Central Visayas provinces.

The Coordinating Roads and Infrastructure Investment for Development (CR+ID), a project funded by the Australian Government through the Asia Foundation, is one example of such mechanism, she said.

To widen the market and network of CCCI members, Chan said they co-hosted an international event, organized a trade mission to Malaysia, and facilitated forums and sessions with trade delegations from different countries that visited Cebu.

CCCI partnered with the Provincial Government in hosting the World Economic Forum’s Young Global Leaders or OCEAN event in May 2014, added Chan. It also acted as the liaison of the United Nations, International Labor Organization, and AFOS Foundation in bringing about the early recovery and rehabilitation of livelihood and commerce in Northern Cebu, which sustained heavy damages from super typhoon Yolanda.

Chan said they expect delegates from the trade, services, manufacturing, ICT and other sectors of Japan to arrive in Cebu this June 1.

CCCI continued to highlight national, regional, and local issues through position papers, public hearings, and other activities that put the spotlight on such concerns as importation requirements, port and airport congestion, waste management, flooding, and power shortage.

The chamber, Chan said, was instrumental in bringing about a solution to the congestion in Cebu ports. The problem, caused by overstaying and seized cargoes, was compounded by confusing and new documentary requirements from the Bureau of Internal Revenue (BIR), Bureau of Customs (BOC), and Department of Foreign Affairs (DFA), she added.

After almost a year of dialog and meetings and with the help of various stakeholders, all parties were able to come to an agreement on surcharges and storage fees that eliminated the congestion before the issue can become a pilot case for the Ombudsman Visayas.

The business group, at the same time, lent its expertise to other chambers. It formed the CCCI Bantayan Chapter to facilitate recovery in the Yolanda-stricken island and guided business organizations in Bohol, Ormoc, Siquijor, Dumaguete, Negros Occidental, and Bislig.

CBM 2015, on the other hand, carries the theme “Glocalized Cebu” and is aimed at teaching companies to focus on local strengths to compete in the global marketplace.

As CCCI enters its 112th year, it will continue to focus being a catalyst for Cebu’s economic development, Chan added.

“We all have an enormous responsibility to continue the very challenging process of creating more solid strategic plans and ensure that it be inclusive, not only of everyone’s thoughts and opinions but that the benefits to be reaped would also be encompassing,” she further said. 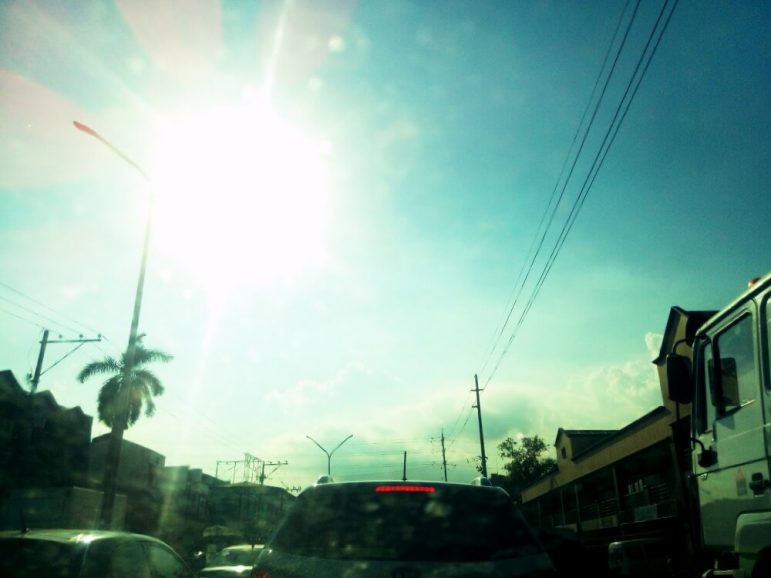 Cebu records hottest day in 2015; it will get even hotter: weather specialist warns

Cebu recorded today, May 21, its highest temperature for the year, with the weather station in Mactan logging 35.3 degrees Celsius at 2:30 p.m. That…

1 Comment on Cebu records hottest day in 2015; it will get even hotter: weather specialist warns 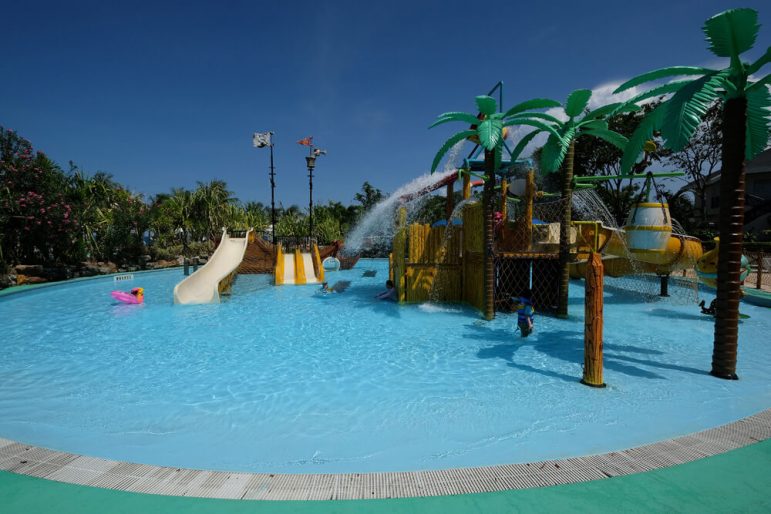 Summer’s not over at Cebu’s only five-star waterpark resort, Jpark Island Resort and Waterpark (JPI).