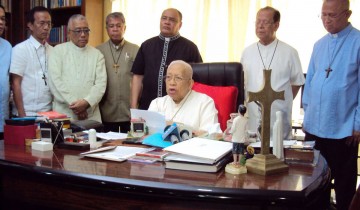 After the backlash on retired Cebu Archbishop Ricardo Cardinal Vidal when he read a statement calling for President Benigno Aquino III to resign, the prelate clarified through his secretary that what he read was the stand of the National Transformation Council (NTC) and not his.

Cebu Archdiocesan media liaison officer Msgr. Joseph Tan, meanwhile, cautioned the group against misrepresenting church officials after they included Cebu Archbishop Palma in the list of bishops who support the call for the President to resign.

The Commission on Audit (COA), meanwhile, has called the attention of the Cebu City Government about unimplemented, terminated and ongoing 2014 infrastructure projects worth millions.

Primary Homes, which sponsors the Cebu News Digest, prides itself as being “your reliable partner” in building your dream home. In Cebu City, it has The Penthouses at Woodcrest Residences, “where units are located at the top floor that features open corridors within newly designed hallways, an exceptional spacious floor plan with large dining and living areas and a balcony with which to take in the most breathtaking views from sunrise to sunset.” Check it out in the company’s website.

JUST READING NTC STATEMENT. Cardinal Vidal was only reading the NTC statement and was not articulating a personal stand, according to his secretary. (Photo taken from NTC Facebook page)

The statement calling on President Benigno Aquino III to step down that retired Cebu Archbishop Ricardo Cardinal Vidal read last Friday was not his personal stand but that of the National Transformation Council (NTC).

“It’s not the Cardinal’s message. It was the stand of the group (NTC).” — Fr. Jojo de Aquino

De Aquino said Vidal showed him the NTC statement hours before he read it in a press conference in his house. De Aquino said he noticed it was calling for President Aquino’s resignation and raised this concern to Cardinal Vidal. He said Vidal immediately started making corrections on it.

De Aquino said Cardinal Vidal’s reading of the statement was only meant to bring concerns raised by NTC to light. He said NTC members often come to his house to tell the archbishop of their concerns.

De Aquino said it was only on the day after the press conference that that the cardinal realized the effect of his gesture. He said Vidal was saddened by how the message was interpreted.

ABS-CBN report on the incident.

Vidal thought NTC members and the bishops went to his house only for his post-birthday celebration, de Aquino said.

“As I have mentioned in several occasions, the Church respects the opinions and sentiments of the citizens who are calling for the president’s resignation. However, the Church is not in the position to issue such political statement for it is beyond her competence.” — Cebu Archbishop Jose Palma

“I don’t like to use the word that they (Cardinal Vidal and Archbishop Palma) were used by NTC for their political ends because it’s too harsh. I just want to caution them to avoid misrepresentation or any semblance of it.” — Msgr. Joseph Tan, Cebu Archdiocesan media liaison

Tan said Palma was surprised when he was listed among the bishops who supported calls for President Aquino’s resignation.

“It came unannounced and unplanned as far as the Archbishop of Cebu was concerned. In his (Palma’s) mind, he was there to just grace the Cardinal’s post-birthday lunch.” — Msgr. Joseph Tan

Ninety-three infrastructure projects worth a total of P629.45 were supposed to be implemented in 2014.

However, according to a three-page audit observation memorandum dated Jan. 27, only 48 out of 93 projects were implemented. These amounted to P228.66 million.

Twenty-eight projects with a combined cost of P332.65 are still ongoing, with 17 of them beyond their targeted date of completion.

COA asked the City Development Council to faithfully monitor and evaluate the implementation of the projects so that any cause of suspension or other related problems will be immediately addressed.

It also asked the Cebu City Government to explain the cause of the delays and to fast-track implementation of its ongoing and suspended projects.

According to the Land Transportation Franchising and Regulatory Board (LTFRB), the petition to reduce taxi fares remains pending amid movements in the prices of fuel.

The taxi fare rollback petition was filed by Negros Oriental Representative Manuel Iway. Iway petitions for a P40 flag-down rate to be reduced to P30 and a further reduction of P1 or from P3.50 to P2.50 for each of the next succeeding 300 meters.

“We will just wait until the prices of fuel will stabilize before coming up with the exact amount of fare reduction.” — LTFRB 7 Director Rey Elnar

Rates of petroleum products went up last week following a series of rollbacks in the past months.

The Metro Cebu Taxi Operators earlier opposed the call to reduce taxi fare, pointing out that the prices of spare parts and accessories have remained the same.

New water channels for Colon, not enforcement of easement law

Instead of requiring establishments to remove parts of their structures that have encroached or are even built over the river in Colon Street, the Cebu City Government would now construct new water channels to address flooding in the area.

The Freeman: LTO confirms operation of colorum multicabs at the SRP

The Freeman: Sole proprietorships seen to increase in 2015 – DTI 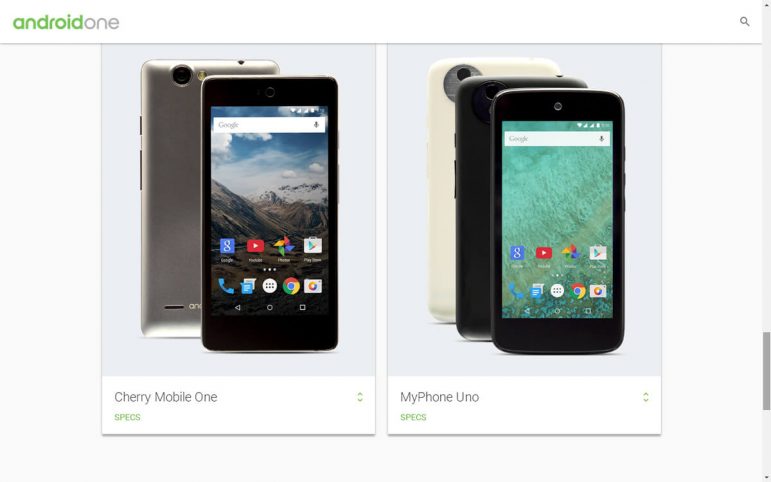 Smart, Sun to bring Google’s Android One smartphones to Philippines

After introducing free mobile internet access, Smart Communications, Inc. (Smart) is set to bring Google’s Android One smartphones to the country, strengthening further its bid to get more and more Filipinos to experience and harness the benefits of the Internet by making available an array of cutting-edge, yet affordable mobile devices. 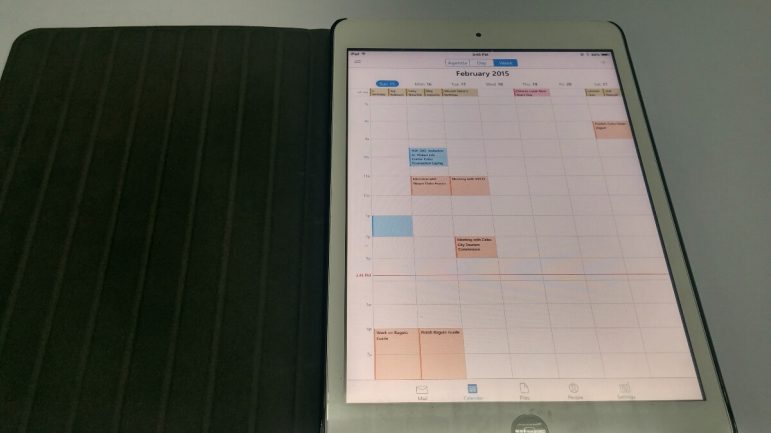 The best Gmail client on iOS was built by Microsoft, several reviewers said on the first release of Outlook, months after the tech company bought Acompli, the mobile email client it is now based on.