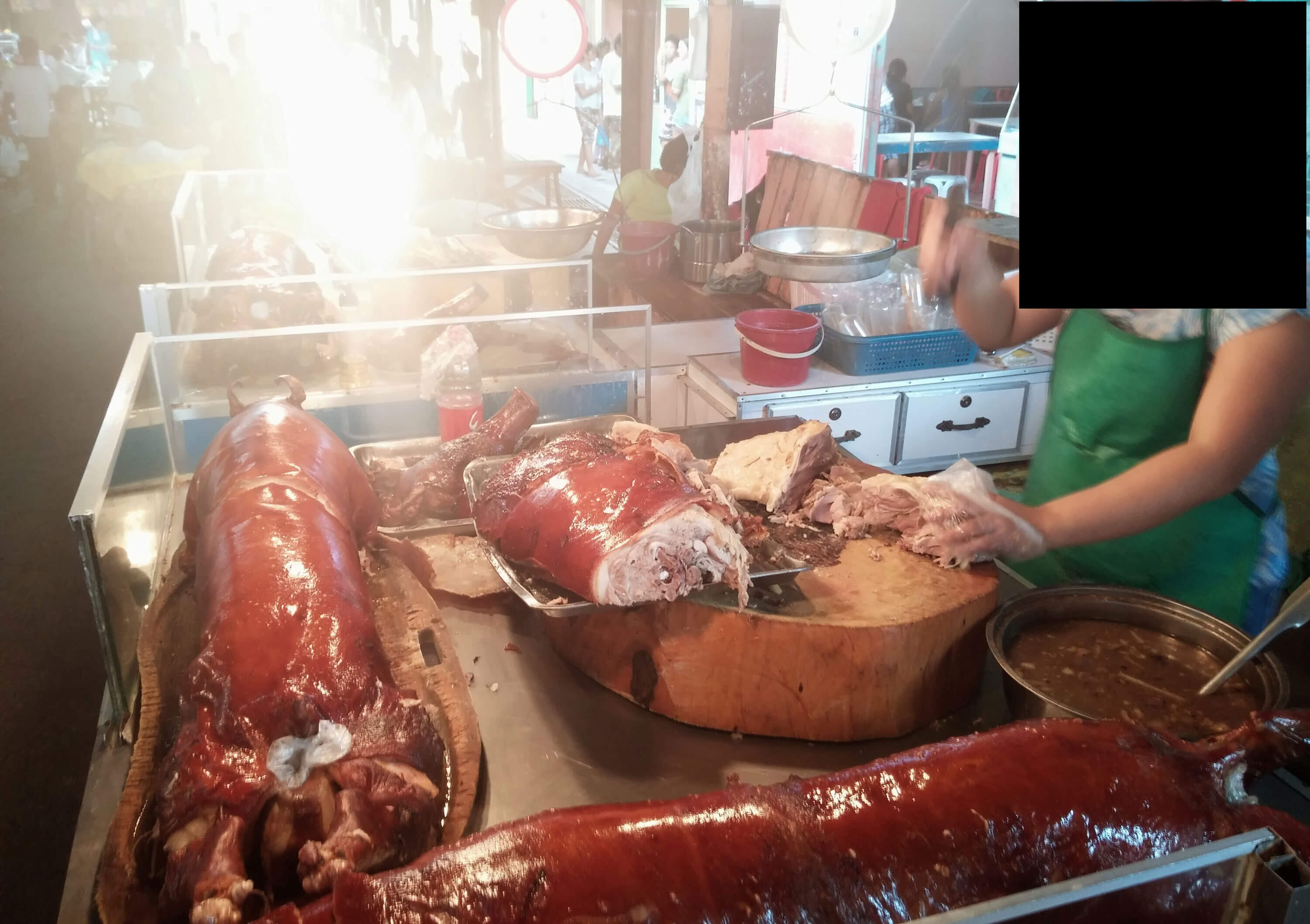 A recent report of how lechon vendors in Carcar City’s public market intimidated a customer into buying lechon spurred sharing online of horrible experiences with the vendors, with many calling for a boycott.

Many of those who shared their experiences, via comments and status updates on Facebook, centered on three main complaints:

1) Vendors allegedly cheat on the weighing scale. Several customers report getting less than what they paid for.
2) Bait and switch. Several people report getting spoiled lechon when ordering for takeaway. Apparently, vendors stuff stale lechon, some already rancid, when the customers aren’t looking. Most people find out only when they reach their destinations after dropping by the Carcar public market.
3) Being intimidated and forced into buying. Several have reported being forced into buying lechon even if they haven’t yet decided to purchase.

Carcar lechon has long enjoyed a reputation of being delicious. It offers a different twist to the classic roasted pig identified with Cebu – flavor is infused by pouring a “soup” mixture of 7-Up, pineapple juice, water and nine secret herbs and spices in the stomach cavity before it is sewn with abaca twine, Guiling’s Lechon owner Miguela “Guiling” Gendreuli said in an interview in 2012.

Guiling said she slips several pieces of patiotes into the belly to infuse a richer aroma. She frowns on lemon grass as it gives the cooked meat a “roasted chicken flavor.”

But the culinary reputation of Carcar lechon has gone rancid with widespread complaints of unsanitary conditions – the lechon stalls are in a dirty market near canals – and the behavior of the vendors. Complaints against the lechon vendors have been raised and shared through the years.

In a meeting with the vendors, Carcar City Mayor Mercidita Apura was quoted to have said, “Ako naluoy ko ninyo kay kamo ra’y gapatay sa inyong negosyo. Nahiubos ko ninyo sa inyong pagpaka uwaw dili lang nako but sa tanang Carcaranon.” (You are the ones killing your own businesses. I am disappointed with you because you are not just embarrassing me but all Carcaranons.)

Whether buying a gift for a friend afflicted with wanderlust or gearing up for your own adventure, Flight 001 in Ayala Center Cebu should be…

Start your Christmas celebration with Pinoy music at Halu-Halong Pasko, on November 9, 7 p.m. at The Terraces in Ayala Center Cebu. The hour-long event…