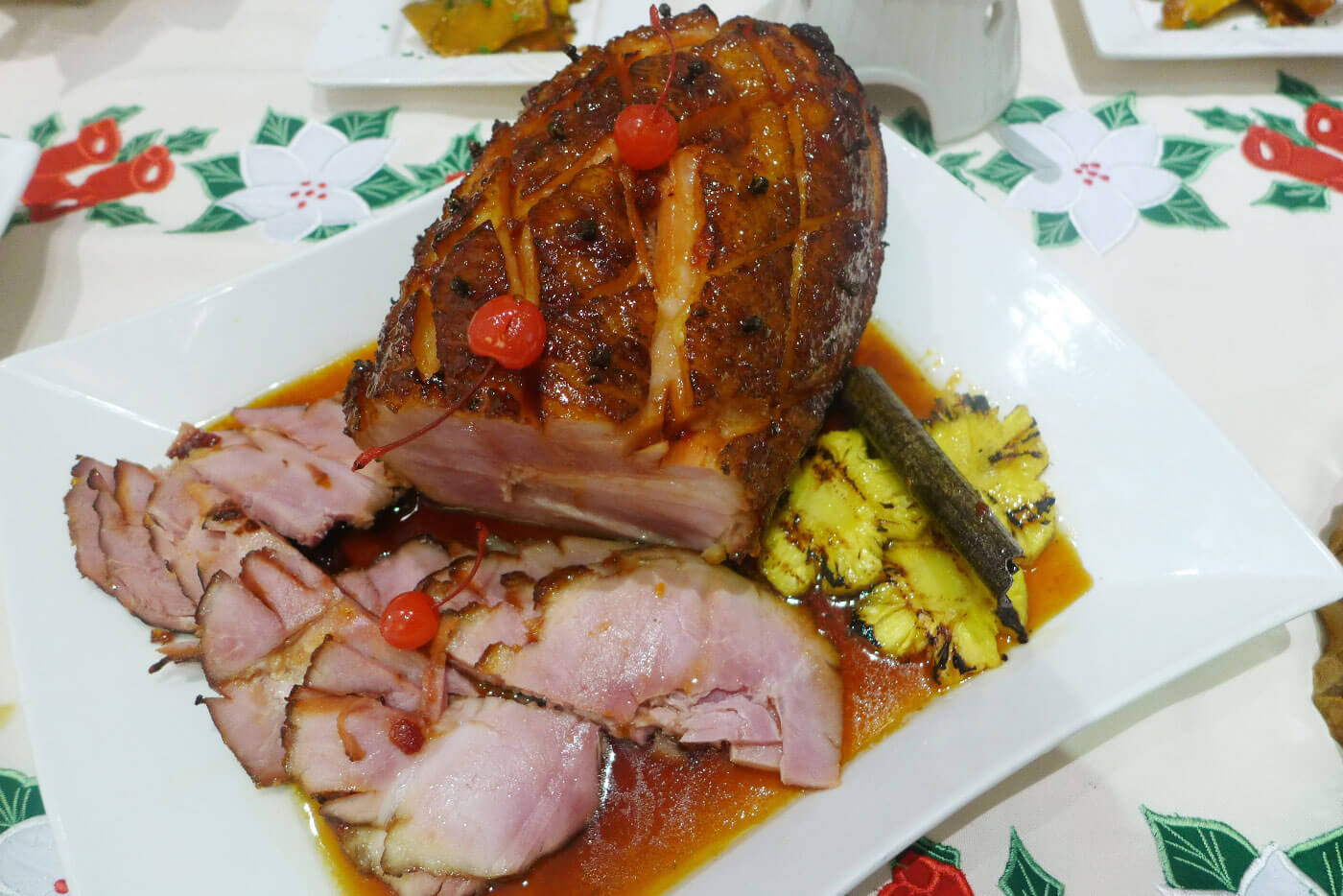 The Festive Buffet that opens today, December 16, until December 23 and resumes on December 26 to December 30 features the holiday favorites on top of the regular lunch and dinner spread in Cafe Marco. The Cafe Marco buffet is a sumptuous spread of international cuisine that regularly features culinary events throughout the year.

CHRISTMAS HAM. This holiday favorite is back as part of the Cafe Marco buffet during the holidays.

During the holidays, the buffet will feature tasty and much-awaited holiday items like the Christmas ham, puto bumbong, chicken relleno, bibingka, among others. The buffet spread will also feature desserts like macaroons and the much talked about malicious cookies. Marco Polo is also featuring during this season a Christmas version of its popular ensaymada.

Included in the festive spread is the zenzi, a type of Italian snack that was a childhood favorite of executive chef Stefano Verillo.

On December 24, Christmas Eve, lunch buffet is still P1,149 per person, exclusive of drinks, but dinner buffet is at P1,999 per person, inclusive of free-flowing house wines, local beers, chilled juices and sodas at Cafe Marco.

Rellenong manok is a must-try.

Also on Christmas Eve, the hotel will host a special dinner buffet at P1,200 per person, inclusive of one round of chilled juice or iced tea, at the Grand Ballroom. The dinner will have live music entertainment. During the Christmas Eve dinner, Mr. and Mrs. Claus will be going around the different restaurants to spread holiday cheer.

For those who want an intimate dinner with a great view, Blu Bar and Grill offers a festive set dinner with wine pairing at P3,500 per person.

The hotel is also offering a 20% discount on Cafe Marco buffet from 10 p.m. onwards on December 24.

On Christmas Day, lunch and dinner buffet will be at P1,999 per person. The price already includes free-flowing house wines, local beers, chilled juices and sodas.

Festive ensaymada is the Christmas version of the popular pasalubong choice of hotel guests.

At the hotel lobby, Marco Polo Plaza Cebu set up a Chef’s Christmas Store that allows people to create their own Christmas hamper with goodies such as homemade jams, pudding, cookies, and chocolate Santa Claus. People can also order the glazed ham for P1,800 and a whole Christmas turkey for P3,500.

Marco Polo Plaza Cebu is also offering a Christmas Surprise Room Package starting at P4,800, which is inclusive of buffet breakfast for 2 and a box of 3 ensaymadas. On December 31, room packages starting at P14,665 includes buffet breakfast, 2 tickets to the New Year’s Eve Gala Dinner at the Grand Ballroom and Countdown Party with a spectacular fireworks display at the Grand Balcony.

Those interested to avail themselves of the packages and promotions can call 253-1111 or email [email protected].

Eggnog to cap your holiday meal.

When you let go, the force of the drop will take you on a spiral spin along the sides of a concave structure before plunging you into the water through a bottom hole in an exhilarating space bowl experience at Jpark Island Resort and Waterpark. The space bowl slide, a 48-meter fall into a six feet deep pool, is among the top draws and possibly the scariest activity at the Cebu resort’s famous Waterpark, possibly rivaled only by the giant green slide.

With its clear blue sea and fine sandy beach, luxurious suites and villas, and wide selection of food and drinks, the Be Grand Resort Bohol in Panglao Island has all the ingredients for an enjoyable getaway in the island of Bohol.