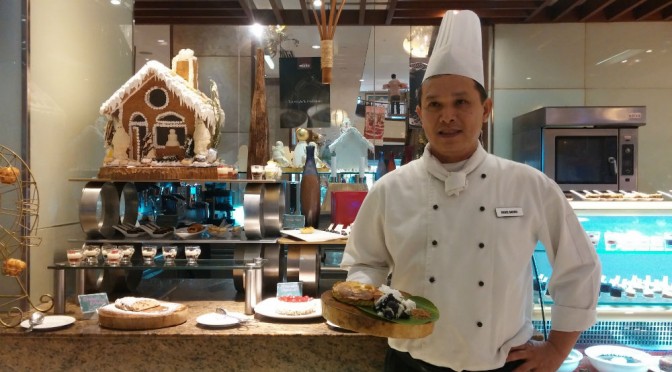 The new dishes are on top the usual international buffet spread at Cafe Marco. 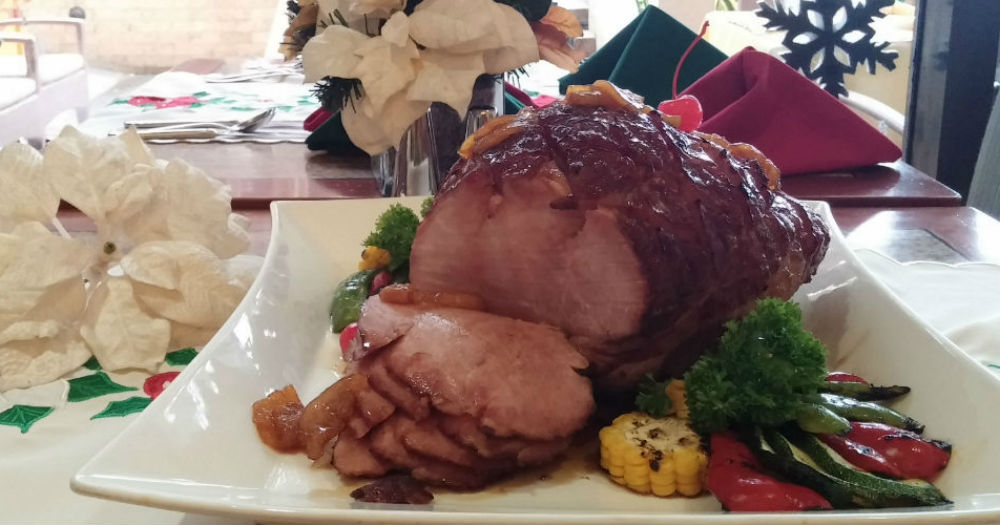 Cafe Marco features a whole hind of Christmas in its lunch and dinner buffets for the festive season.

In addition, Cafe Marco now has its own bibingka and puto bumbong maker. Guests may now order bibingka with salted egg and the purple-colored rice cake, a popular delicacy during the Christmas season, at the dessert station.

Another new feature of the buffet is the free-flowing house blend iced tea drink that comes in four different flavors. 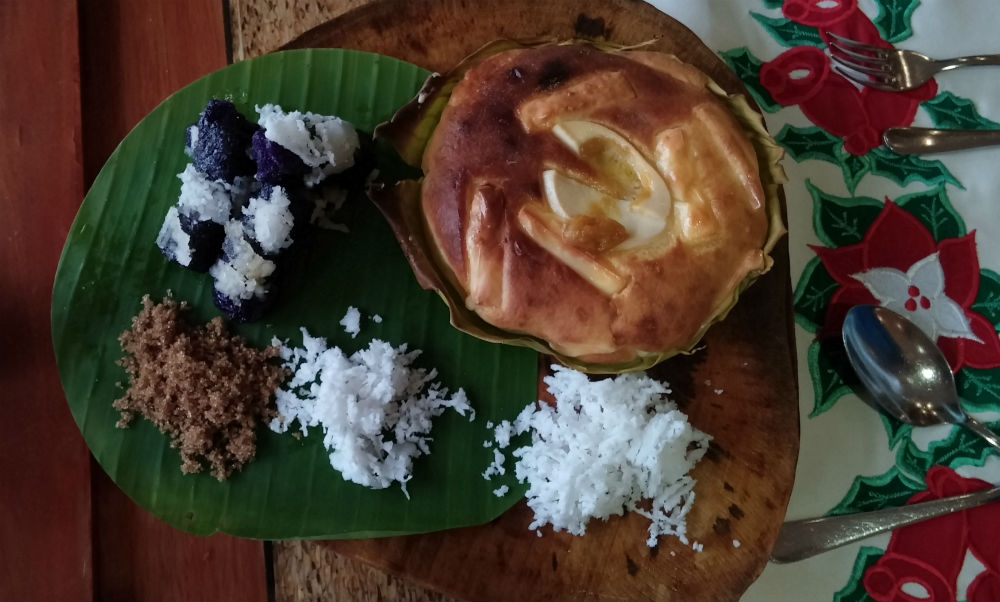 Bibingka with salted egg and puto bumbong are new features at the Cafe Marco dessert station.

On Christmas Eve, December 24, 2014, the lunch buffet is still at P1,144 and includes free drinks. Dinner is P1,818 and comes with free-flowing house wines, local beer, chilled juices, and soda.

On Christmas Day, both the lunch and dinner buffets are at P1,818 and include unlimited wines, beer, juice, and soda. 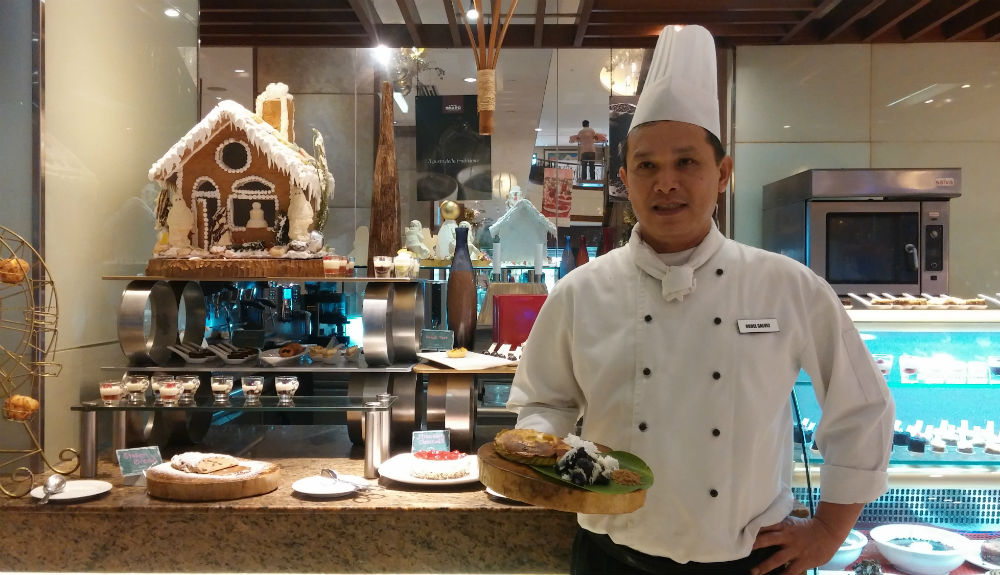 Mr. and Mrs Claus will be spreading Christmas cheer during the Christmas Eve dinner. A Christmas Eve mass is also scheduled in the Grand Balcony at 10 p.m. Also on December 24, from 10 p.m. onwards, the buffet comes at 20 percent discount. 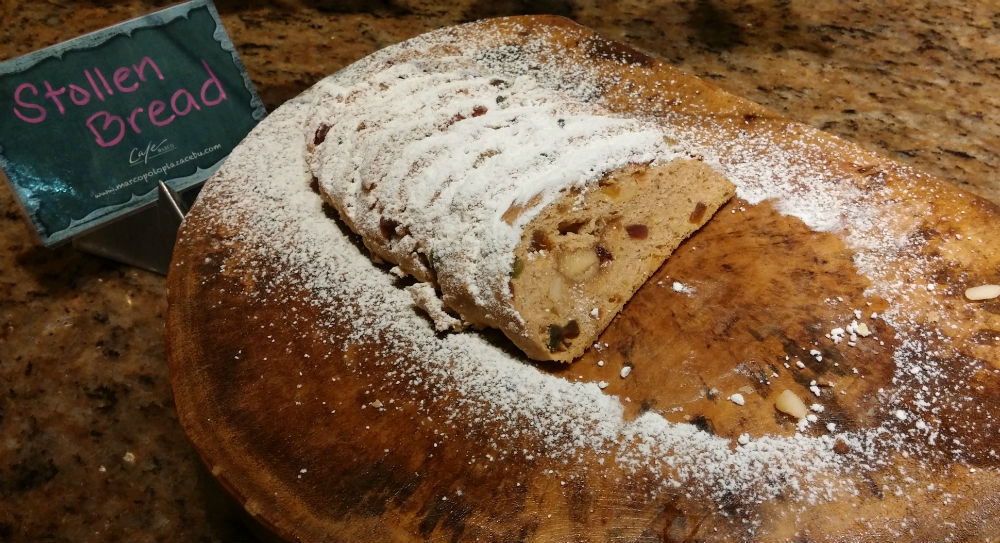 Cafe Marco’s version of the fruitcake is stollen bread. Stollen is a traditional German cake. 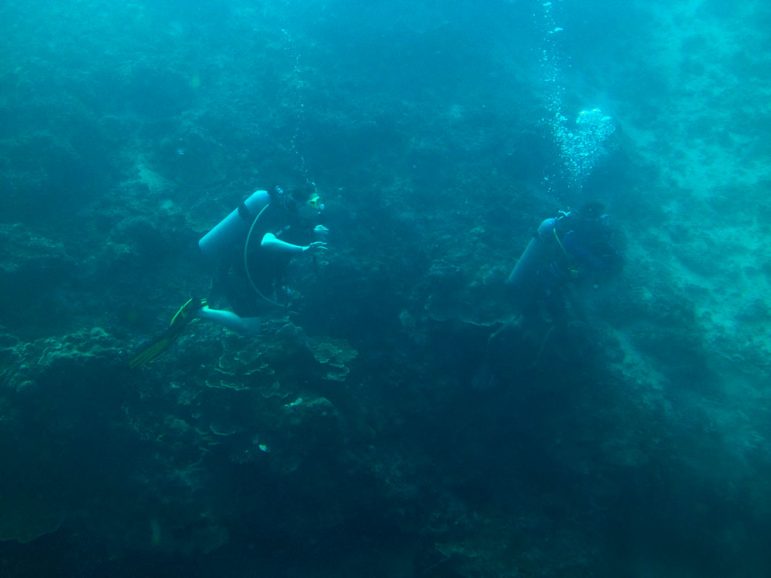 Although it had highly controversial beginnings, the Cebu Yellow Submarine continues to operate in Lapu-Lapu City and is one of Mactan Island attractions. Instead of… 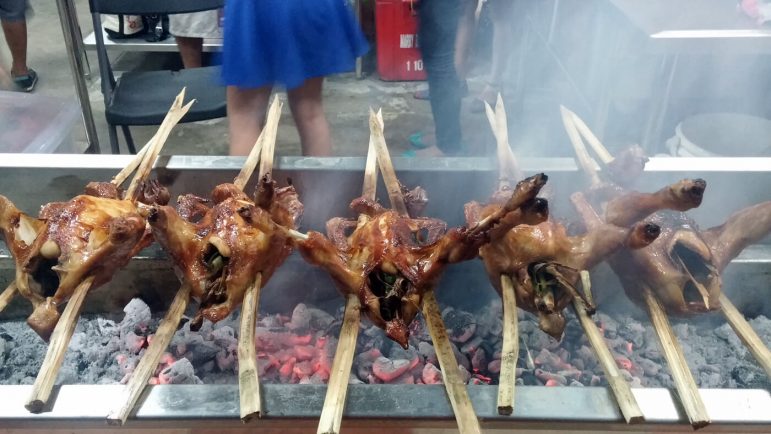