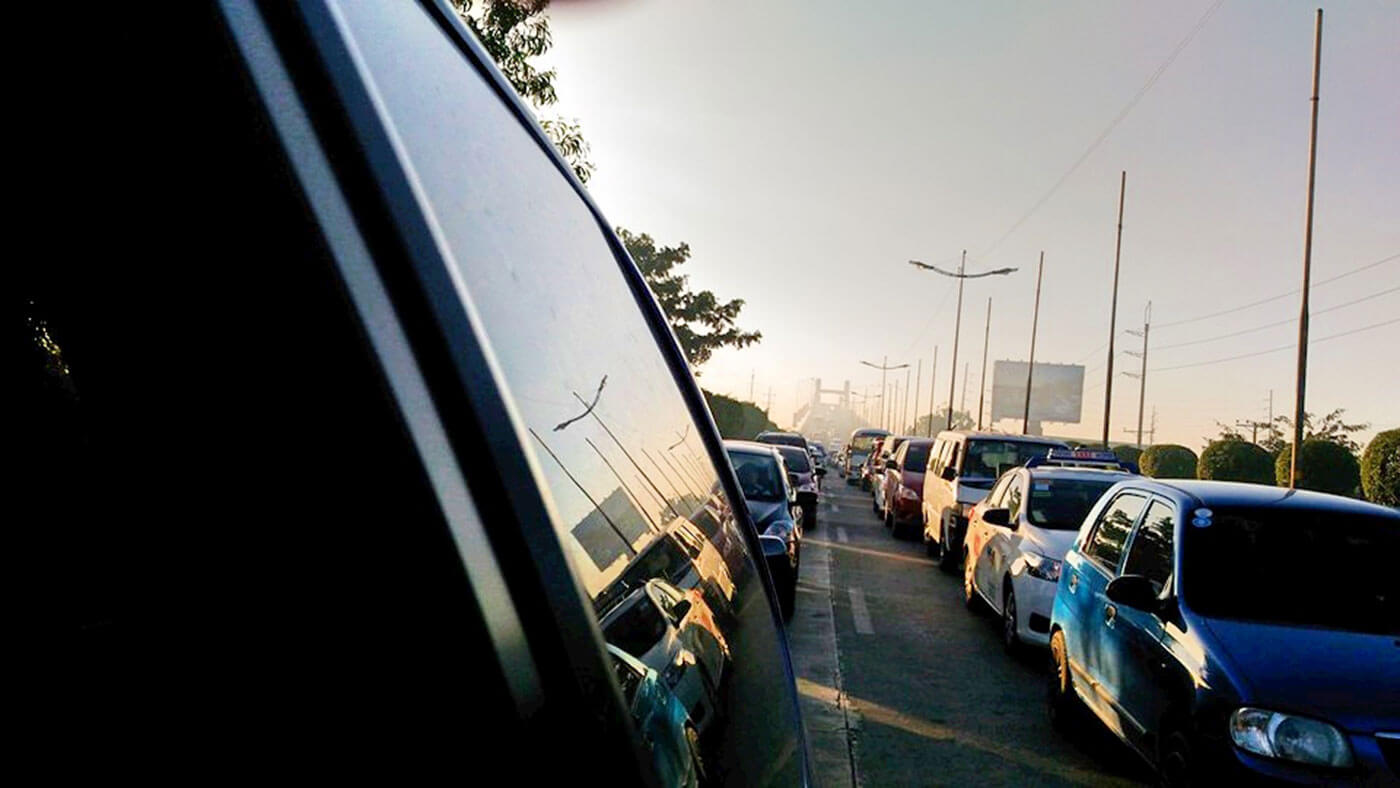 COMMUTERS in the cities of Lapu-Lapu and Mandaue spent hours on the road today, the first working day after the Department of Public Works and Highways (DPWH) decided to close one lane of the old bridge.

Complaints were rife on social media networks like Facebook and Twitter and over radio stations against the monstrous traffic jam that occurred because of the closure. Some commuters reported taking two hours to go to Mandaue from Lapu-Lapu.

Some commuters, including students, decided to get down from jeepneys to walk across the bridge. Many commuters also called up radio stations to complain why part of the bridge was closed when only 3 people (some later said less than 10) were working on the bridge and only on the sidewalk.

At 9 a.m., Lapu-Lapu City Mayor Paz Radaza was reported to be heading to DPWH to discuss the traffic catastrophe.

TRAFFIC DISASTER. Commuters spent hours on the road early this morning for trips that should take only minutes after DPWH decided to close half of the old bridge.

We don’t know yet how we will be affected. Traffic was already bery bad even without the repairs. It will be very, very, very bad this time. Porferio Montesclaros, Mactan Export Processing Zpne Chamber of Exporters and Manufacturers secretary

Cebu City Mayor Mike Rama resumed work a day after his 60-day preventive suspension ended. He will also fly to Manila to attend an UNA event on the first day of the national campaign.

I am back in the home that I belong to and you are my family. Thank you for bringing me back to where I should be. Cebu City Mayor Mike Rama.

PRO 7 deputy regional director Sr. Superintendent Rey Lyndon Lawas says they are ready to secure national bets and won’t be favoring any political party now that the official campaign period for the national election has started.

He also said they can’t provide close-in security for national bets unless the candidates submit a request to the Comelec, which needs to approve such requests. He also promised there won’t be a repeat of the 2013 incident when some cops were seen carrying yellow umbrellas for members of the Liberal Party.

This time around, we will make sure that the police will just do their jobs. Sr Superintendent Rey Lyndon Lawas.

The Freeman: Couple dies in road ambush in Liloan

This is the roundup of stories that came out in local publications today Feb, 10, 2016. Traffic hell on earth COMMUTERS who found new ways…

Being an AirBNB host is a great way to earn money, make friends, and get to meet people from different countries. Cristina Hoffman, who has…