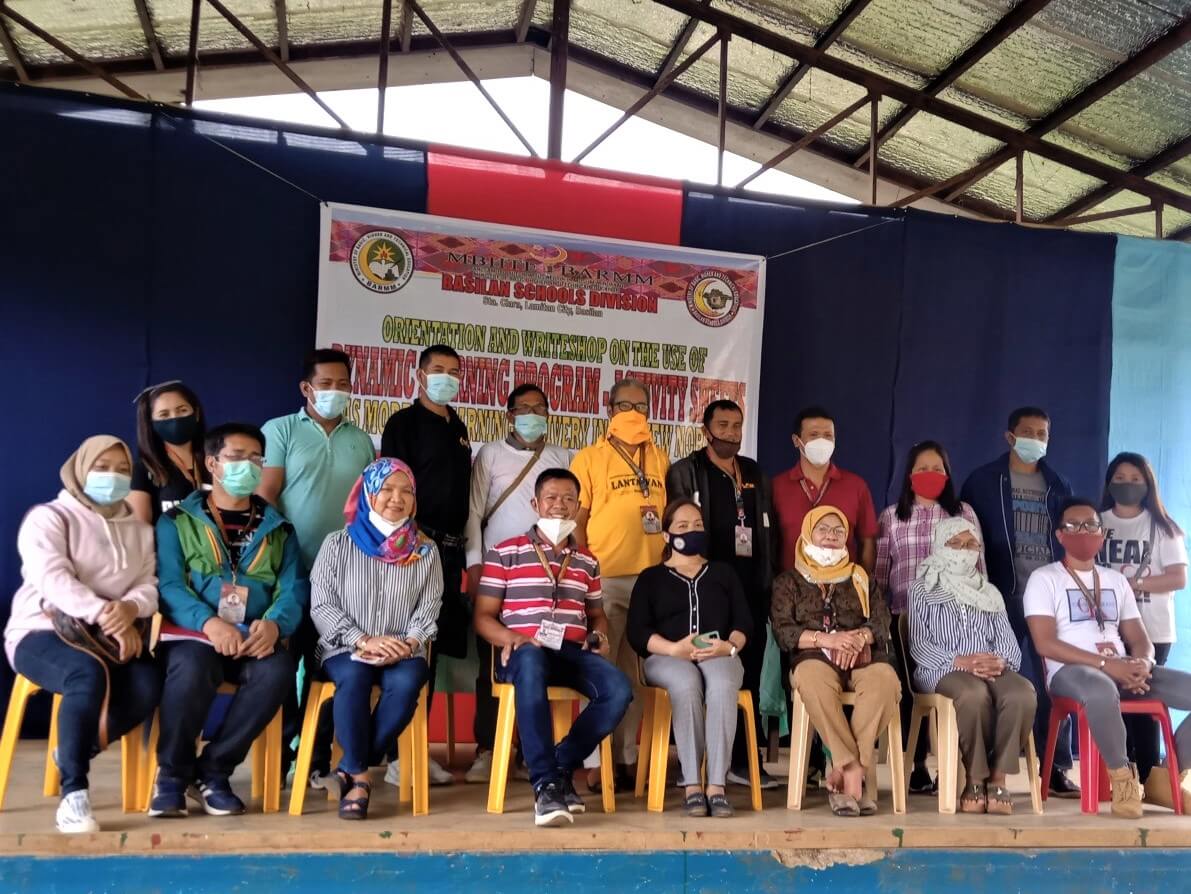 Once a thriving trading center in Mindanao, Basilan has had a troubled history in the last half-century, marked by clashes between the military and Moro secessionists and attacks by terrorist groups. But while communities are constantly displaced, residents brave hardship and strive to survive.

Now faced with yet another challenge, the COVID-19 pandemic, Basilan reaffirms its resilience, particularly in education.

As schools and teachers nationwide prepare for the shift to blended and distance learning, the Concepcion National High School (CNHS) in Basilan is simply building on lessons drawn from years of teaching in times of crisis.

Eight years ago, the school started implementing the CVIF-Dynamic Learning Program (CVIF-DLP), an innovative strategy supported by Smart Communications, Inc. (Smart), PLDT Inc. (PLDT), and PLDT-Smart Foundation (PSF). The methodology trains students to learn independently, with minimal intervention from teachers. Over the years, CVIF-DLP proved to be an effective, cost-efficient, and crisis-resilient method.

In a place like Basilan, “where residents are affected by both natural and man-made calamities, education is also likely to be disrupted. But CVIF-DLP has addressed the problem,” said Alawi Majad, CNHS principal. “I’m certain it can help more teachers and learners in the new normal.”

Ramon Magsaysay laureates Dr. Christopher Bernido and Dr. Ma. Victoria Carpio-Bernido, both theoretical physicists, developed DLP initially to do something about the poor academic performance in the Central Visayan Institute Foundation in their hometown, Jagna, Bohol, hence the name CVIF-DLP. In particular, they sought to strengthen student competencies in science, technology, engineering and mathematics (STEM).

Majad says CNHS had similar problems as CVIF, such as low teacher-to-student ratio, as well as lack of equipment and learning resources, resulting in students’ poor academic performance.

“However, we noted significant improvements in their performance, and our mean percentage score in the National Achievement Test (NAT) gradually increased after we adopted DLP in 2012,” he said.

One of the key CVIF-DLP components that was critical to its success is the activity-based multi-domain learning. Students are each given a Learning Activity Sheet (LAS), which contains the lesson that they need to copy, read, and learn, as well as questions and exercises to be answered and accomplished.

Indicated on the LAS are the topic and the simple, specific learning target, as well as reference materials and a summary of the lesson.

This trains students to be focused on the lesson and to develop analytical skills. According to a program primer, a CVIF-DLP student answers an average of 5,000 questions/activities per year.

Contrary to the general misconception associated with distance learning, there is no need for gadgets. Students are not even allowed to use calculators for math lessons.

To Majad, this ensures that CVIF-DLP is inclusive, promoting education for all Filipino learners.

At the recently concluded 2020 National Kick-off for School Readiness it organized, the Department of Education (DepEd) announced the deployment of CVIF-DLP as a supplemental learning resource for school year 2020-2021. The methodology’s Learning Activity Sheets will be available in DepEd Commons soon.

“Even pre-COVID, CVIF-DLP has been effective in promoting independent student learning. Ito ay akmang-akma sa panahon na ito (it is suited to the times),” said DepEd Undersecretary Nepomuceno A. Malaluan.

“CVIF-DLP has developed numerous activity sheets, and they work not only with private schools, but also with public schools. They attest to the effectiveness of this teaching method,” he said.

The success of CNHS in transitioning to remote classes amid the COVID-19 pandemic prompted the DepEd Division of Basilan to adopt CVIF-DLP in all schools. CNHS teachers and other long-time implementers of the methodology were tapped to facilitate trainings for the school heads and teachers from all over Basilan.

Supported by Smart, PLDT, and PSF since 2010, CVIF-DLP is available in various delivery modalities. It can ensure continuous education even for learners with limited or no internet connectivity. It is also among the learning tools included in Smart’s School-in-a-Bag portable digital classroom, which has reached over 60,000 students and more than 2,000 teachers.

Smart and PSF have also helped roll out CVIF-DLP workshops for over a decade, the most recent of which was the web forum “No Learner Left Behind: Education for all in the new normal.” The virtual event drew over 400,000 viewers to its three-day run in the Smart Communities Facebook page.

Majad must be proud that CNHS helped shine a light on CVIF-DLP and share it with other schools in these difficult times. Basilan is indeed, as the early merchants and travelers once called it, the “island of hope.”

To learn more, visit www.dlp.ph, follow the Dynamic Learning Program on Facebook, or send an email to [email protected] 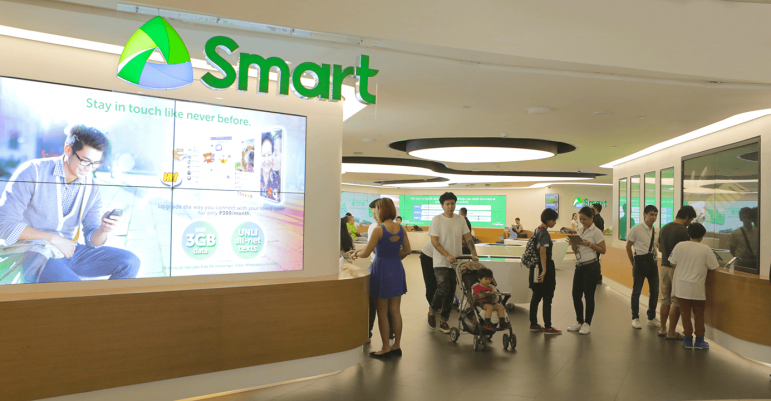 Customers of PLDT, Smart, Cignal TV and PayMaya will receive exclusive discounts at SM during the National Heroes Day weekend on August 28 to 31,… 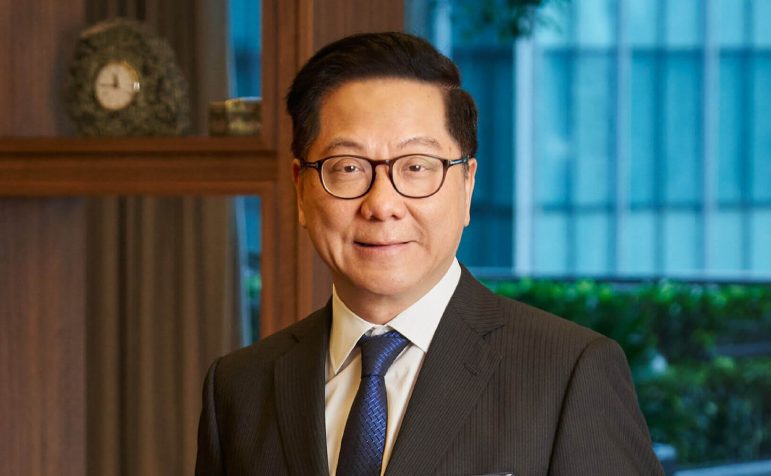 Megaworld optimistic on quick recovery, rolls out 4-point plan to rise from pandemic

Property giant Megaworld is optimistic that it can recover quickly from the pandemic next year following reports of coronavirus vaccines to be released before year-end….