Bantayan is under the patronage of St. Peter; how did St. Paul get into the picture? 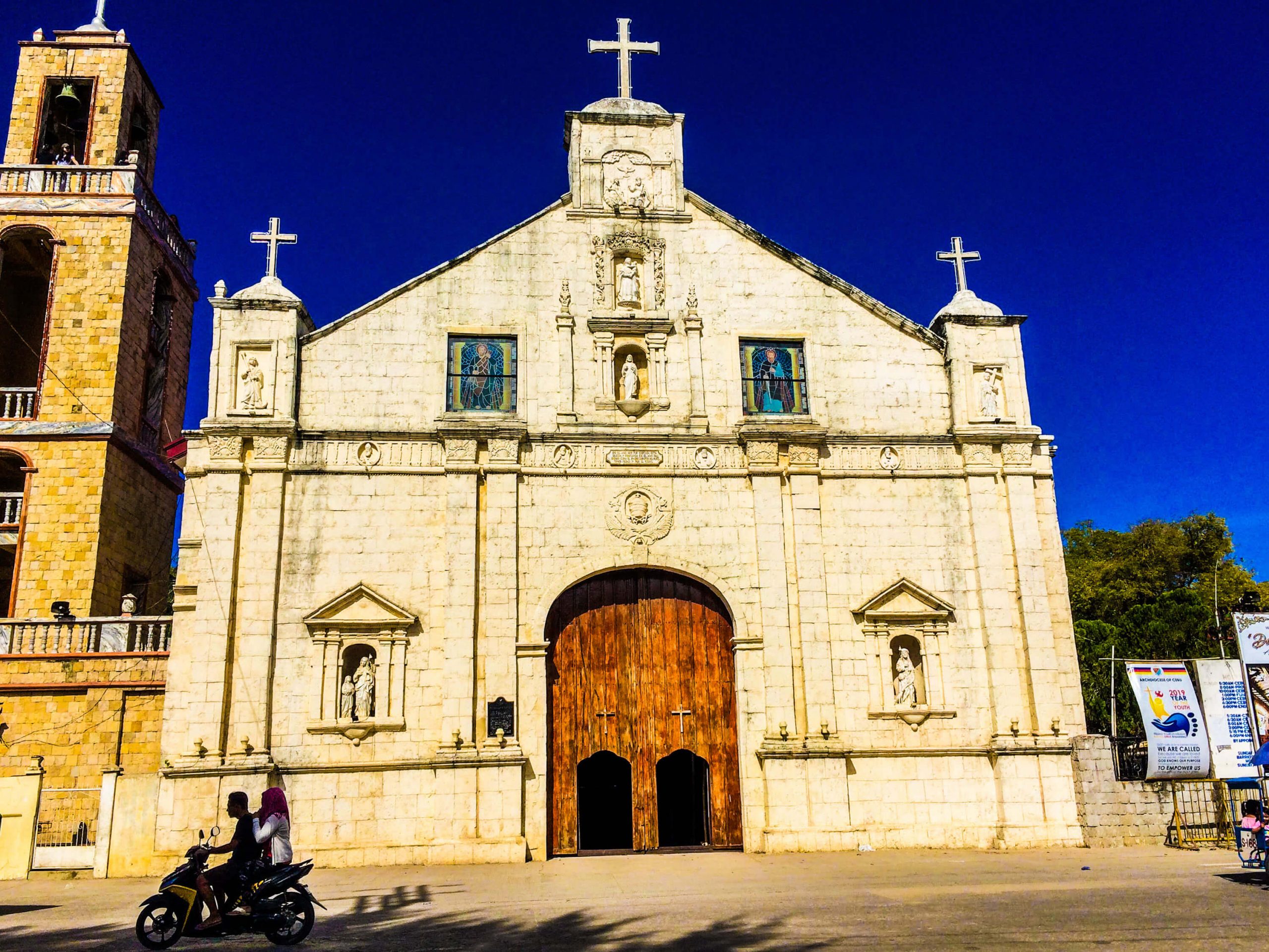 Upon its turnover to secular priests at the dawn of the 17th century and for 400 years, the Bantayan parish was under the patronage of St. Peter and only under him. When the parish celebrated its 400th founding anniversary, it did so under the patronage of the fisherman held by Catholic traditions as the first Pope.

In the 1980s, however, a priest assigned to the parish added St. Paul motu proprio. The two pillars of the church share June 29 as liturgical feast anyway, he justified the change with the resistant townsfolk.

The addition of St. Paul, however, was done without consultation, approval, or even undergoing a canonical process, MyCebu.ph learned.

It was the question that alerted Bataclan to the change. “Ngano man, gi prosesyonan diay?” said the prelate, who was by then assigned to the Spiritual Pastoral Formation Year (SPFY). (Why? Was a procession held for him?)

(Editor’s note: During the interview, Bataclan identified the priest who initiated the change. We are, however, withholding his identity because we were not able to get his side.)

Fr. Glenn Guanzon of the Commission on Worship dismissed the priest’s use of gaba as warning. He said the parishioners did nothing wrong in resisting the unauthorized change.

With the warning of gaba, the reluctance dissipated, said Bataclan. The change took hold and the parish started to be known a Sts. Peter and Paul. It now had a parish logo that designated it as such.

Bataclan is a vocal critic of the change, even from the pulpit. Whenever he says masses in the parish, he would bring people’s attention to the retablo and point out that only St. Peter’s image is placed there. The life-sized image is on top of the retablo that also features La Virgen del Santisimo Rosario, San Jose with the Child Jesus, San Damaso, and San Roque.

St. Paul’s image, on the other hand, is on a table in front of the altar, a placement that betrays afterthought.

While the parochial school is named St. Paul Academy, the parish is only St. Peter, said Bataclan.

Even community practices point to a patronage under St. Peter, Bataclan pointed out. Bantayan has a tradition of dressing children as saints.

“Makita nimo hapit tanang bata San Pedro, wa gyuy Pablo. Katong taga lungsod aw naa but katong taga barrio wa gyud, wa man kadungog sa sulti sa pari nga gabaan,” Bataclan said. (Most children were dressed as St. Peter. You could barely see one dressed as St. Paul. There were some but they were children from the town center. You never see those in children from the barrios, they did not hear the priest’s warning about gaba.)

Bataclan characterized the addition of St. Paul as a mistake as misguided as that common misconception that the town celebrates its fiesta during the Holy Week.

Msgr. Camilo Alia, who was the Bantayan parish priest when it marked its 425th year, said he was puzzled by the change and knew it to be unauthorized. He said he asked several predecessors who all denied being behind it. He told MyCebu.ph he would have wanted to reverse the change during his term but he lacked the time because of his administrative responsibilities in the district.

Alia said that even the parish gozos was changed. It used to be the gozos of St. Peter but lines were added to accommodate St. Paul, he said in an interview.

Desuyo recalled that even the late Cebu Archbishop Ricardo Cardinal Vidal pointed out that the change was not official because he never signed anything.

Msgr. Raul Go, a canon lawyer, said such a change would have required a process that involved the diocesan board of consultors. He asked other canon lawyers and told MyCebu.ph that in their experience, the patronage of a parish cannot be changed.

All priests and church officials interviewed by MyCebu.ph for this article said the change was unauthorized and that Bantayan should revert to being St. Peter’s Parish.

Two books published a century apart identified Bantayan town as St. Peter’s Parish. One is the Breve Reseña which was a field report of the different parishes under the diocese of Cebu. It was published in 1886 by Fr. Felipe Redondo. In it, Bantayan was described as under the patronage of St. Peter the Apostle, “con la advocacion de San Pedro Apostol.”

The other book was published in 1981 for the visit of St. Pope John Paul II in Cebu. It was similar to the Breve Reseña in that it listed all the parishes under the archdiocese. In the page on Bantayan was the label: Saint Peter’s Parish Church.

Parish documents also listed the parish as that of St. Peter. The earliest mention of Sts. Peter and Paul in a document we were able to retrieve through the help of Mary Frances Despi was a certificate of baptism issued on August 31, 1986.

Even furniture at the parish betray the change – many are still labeled SAINT PETER PARISH, BANTAYAN, CEBU.

Despi, a member of the Archdiocesan Commission for the Cultural Heritage of the Church, is the wife of Bantayan Mayor Art Despi.

Mary Frances said in an interview last year that the parish is really under St. Peter. She said, however, that either option – to retain the current Sts. Peter and Paul or revert to the original – was fine with her so long as this is supported by enhanced catechism.

Sister Raquel Tinga, a former nun from Bantayan who also volunteers at the parish, said Bantayanons are religious and deferential to priests and church authorities.

When the Augustinians established the parish in Bantayan on June 11, 1580 it was as the Convento dela Asuncion de Nuestra Señora or Our Lady of the Assumption. It was the first parish established in Cebu, four years before the Parish of San Nicolas in Cebu City.

The current church, however, dates back to 1839, when the stone structure was built. It was completed in 1863.

Agravante said he was gathering signatures of priests born in the town to request Cebu Archbishop Jose Palma to issue a pronouncement that henceforth, the parish will return to its original patronage as the Parish of St. Peter.

It is important that we establish our identity before we celebrate the 500th year of the introduction of Christianity next year, Agravante said in an interview. He is hoping to complete the process in time for the town fiesta this June.

Palma’s pronouncement is also important because of the legal implications: the parish has signed documents and entered into contracts as Sts. Peter and Paul Parish. Go, however, said Palma can just issue a circular to reverse the unauthorized change.

MyCebu.ph reached out to Archbishop Palma but was referred to Fr. Guanzon, who said that he agreed that it was only proper for Bantayan to revert to St. Peter’s Parish.

How do you like your sikwate? Batirol serves it with mint, salted caramel, or honey

Iced and served three different ways. Batirol by The Chocolate Chamber is putting a new spin to the chocolate drink made from pure cacao liquor…

National flag carrier Philippine Airlines (PAL) will resume its Cebu-Los Angeles nonstop flights beginning May 2, 2020, expressing confidence in the success of the route…