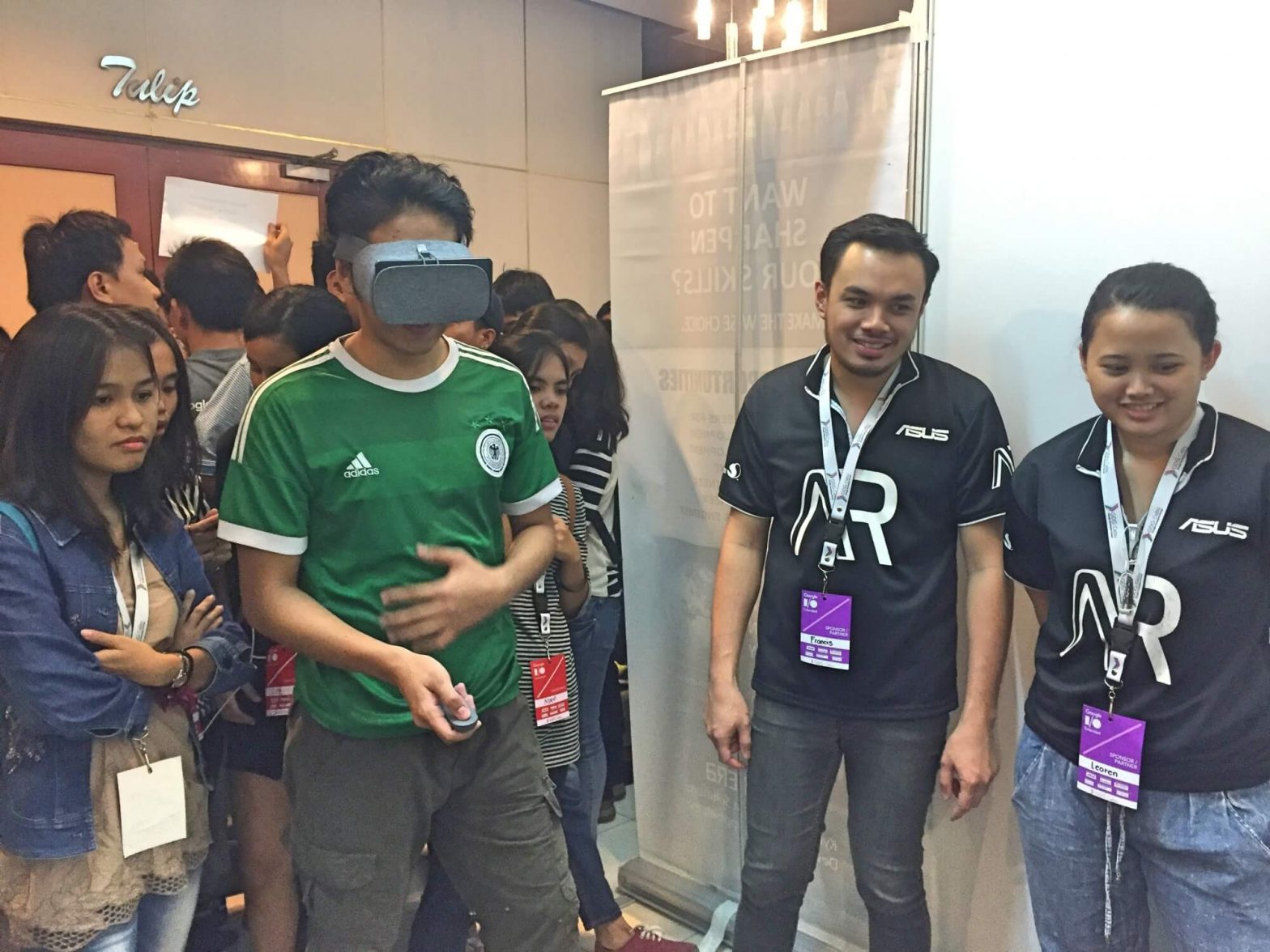 From checking out how furniture looks in a room you’re decorating to seeing dinosaurs in the sala as you tell a story to your kids or even doing a virtual and yet hyper-realistic tour of a car, augmented reality (AR) plays a central role in the Asus ZenFone AR.

The latest flagship device from Asus was highlighted during a gathering of developers in Mandaue City last Saturday. 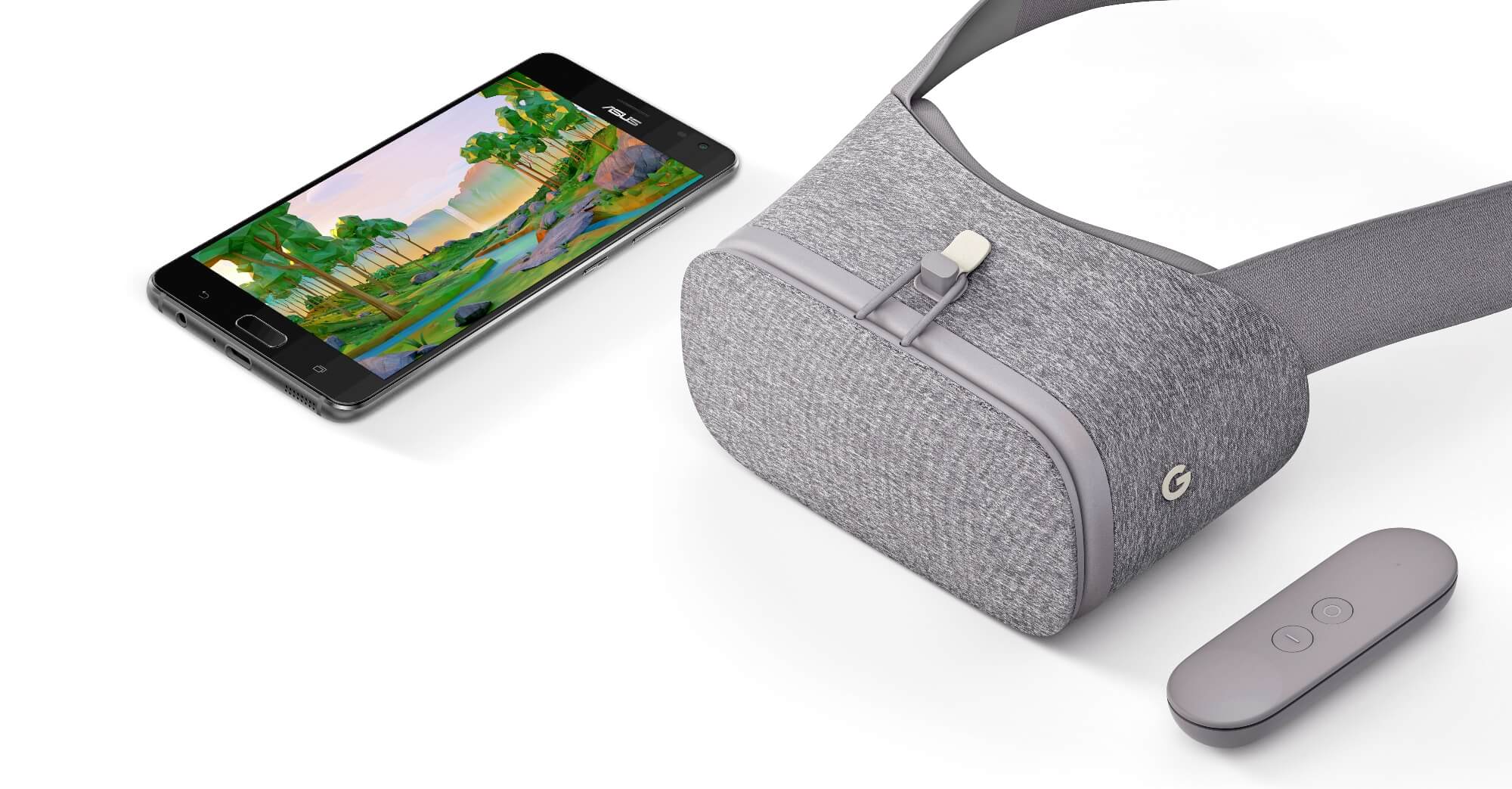 The ZenFone AR will be available starting July 17 but the company provided a preview during the Google I/O Extended Cebu 2017 last July 1. Mike Santos, of Asus product and brand marketing – smartphones, said they are working with developers to build AR applications for use on ZenFone AR.

Santos did a demonstration for journalists and bloggers on the capabilities of the ZenFone AR. He said the phone supports both Google Tango and Daydream. Tango is an AR technology while Daydream offers immersive virtual reality or VR.

Santos said the phone is able to do this because of its top of the line specs: Snapdragon 821 optimized for Tango and up to 8GB of RAM. “That’s like your laptop,” Santos said. AR DEMO. Mike Santos of Asus product and brand marketing – smartphones demonstrates the augmented reality capability of the ZenFone AR with a virtual and yet realistic tour of a BMW unit.

The ZenFone AR has a TriCam system that lets the phone track your location as you move through space. It also has depth-sensing. This Santos demonstrated through an augmented reality tour of a BMW vehicle. Using the phone, Santos was able to show reporters and bloggers features of the car – from the engine to its interior – as if they were checking an actual vehicle.

For its virtual reality capability, Santos did a demonstration through a Harry Potter game that transported the player to the popular book’s universe by donning the phone as a VR headset and using a controller to wield a virtual magic wand. 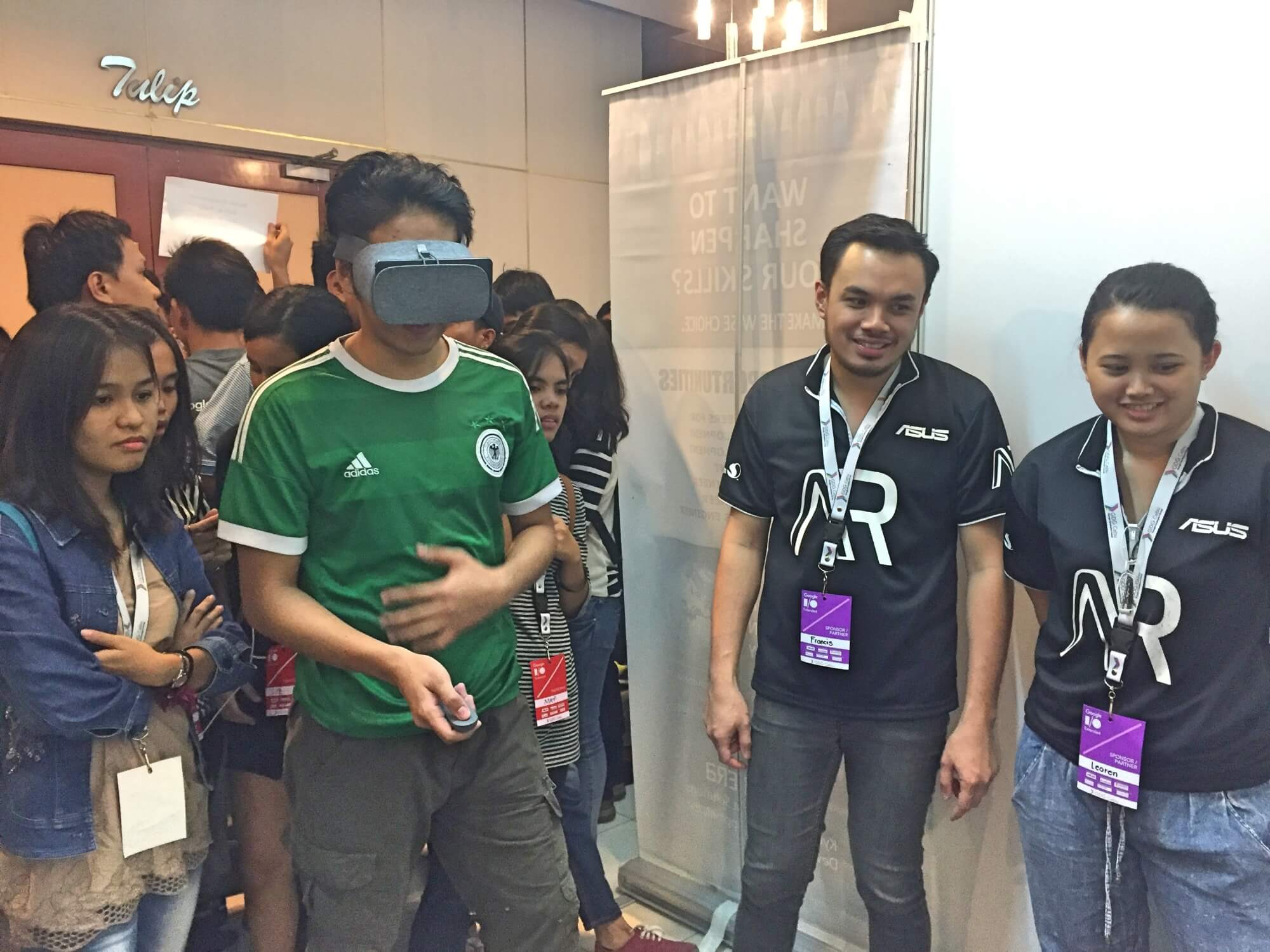 VIRTUAL REALITY DEMO. Students check out the VR capability of the ZenFone AR with an immersive Harry Potter game. 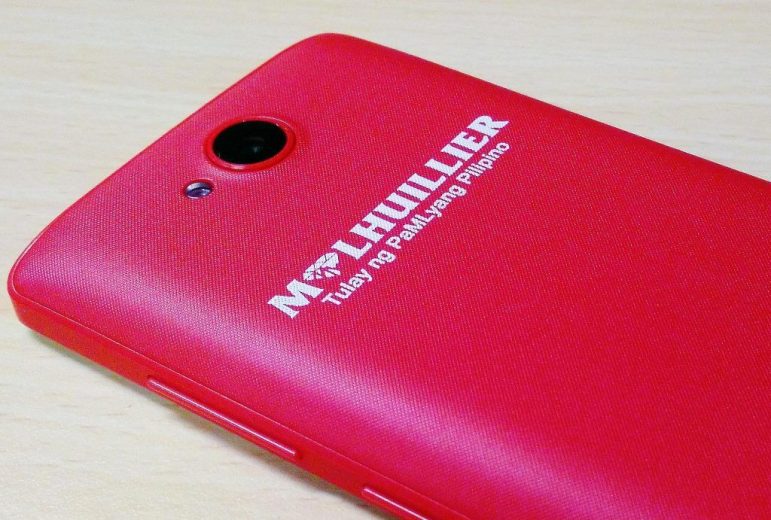 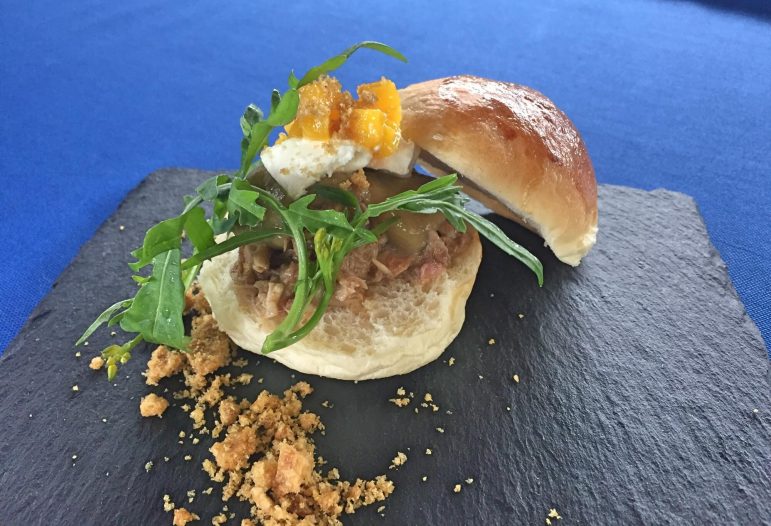