Around Argao in a day 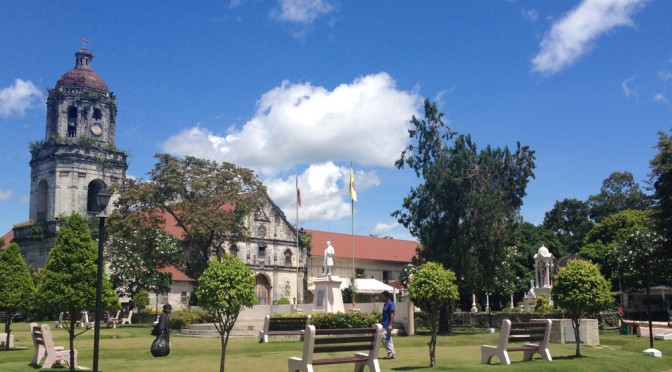 One Friday, we found ourselves free from any pressing work or other commitments and decided to make our way to the town of Argao.

We were a motley crew of parents, teens, and children with a need for a break from home and work duties. Since the children had the Friday off from school, we decided to spend the day in a town 68 kilometers from Cebu City.

Argao’s pueblo was patterned after Spain’s blueprint for its settlements in the colonies, which specified a church-rectory-municipal hall-plaza-complex and with the natives living nearby or “bajo el sonido de la campana (under the sound of the bell).”

This means that if you were a Cebuano and you lived in those times, your residence must be within reach of the ringing of the church bells.

Existing church records say the town of Argao was founded in 1608 but it became a parish only in 1733, and this oversight was never fully explained in the history books, said the Cebu Archdiocese book Balaanong Bahandi.

The cabecera was once enclosed in a high and solid rectangular wall of cut coral stones, with entryways on each side of the perimeter. Only two massive gates remain of the wall constructed in the early 1800s as defense against Moro attacks.

Paul Gerschwiler wrote in his historical outline of Argao that the cabecera, as it stands today in Argao, and its fortification were rebuilt around the church by Fr. Mateo Perez during his tenure from 1803 to 1836.

Of the cabecera before Perez’s time, there has been no account of it in any church or history books.

Inside Casa Real in Argao. The door to the right used to lead to the old telecoms office.

Gerschwiler said we don’t know when it was raided by the Moros and the extent of the destruction, except that the defense structure put up by Fr. Perez came about as a consequence of these attacks.

The existence of the present-day church — the central structure upon which the locations of other cabecera buildings were based — can be traced to as far back as 1788, said the book Balaanong Bahandi.

Although another church historian, Pedro Galende, attributed the current structure to Fr. Mateo Perez, which served as parish priest for 33 straight years from 1803 to 1806, the date “1788” engraved above the arch of the church’s side door indicates it may have been completed during Fr. Francisco Espina’s time from 1782 to 1798, the book added.

While the San Miguel Arcangel Church appears to look like any other built in Cebu by the Spanish clergy, this structure in Argao differs in the high artistic quality and symbolism of its masonry.

Take for example the division into nine panels of the church facade, formed by two horizontal double cornices intersecting with four vertical lines made up of paired half columns.

Gerschwiler said only five of the more than 160 Augustinian churches built in the Philippines used this style of division and all were built along the southeastern coast of Cebu.

Aside from the church, other buildings inside the cabecera that are worth a look or visit include the campanario (belfry) beside the church, museum in the rectory ground floor, paso or way of the cross wall, capilla mortuario or mortuary chapel, and Casa Real or municipal hall.

The Argao Hall of Justice stands on the site of what used to be the cuartel de infanteria or infantry barracks during Spanish times.

Seeing that our kids needed a break from history, we decided to go to a place that would allow them to expend their boundless energy.

We heard about the Argao Nature Park and went there after taking our lunch at Carmen’s Eatery located on the town highway. The park is just a short drive from the road across Carmen’s.

A boat ride is one of the activities at Argao Nature Park.

The entrance to the park, built by the Municipal Government on a property owned by the Department of Environment and Natural Resources, is only P5 per person. It’s just a small park with plenty of trees and activities guaranteed to make any child happy. It offers a canopy walk or a walk on a hanging bridge built on the treetops, boating on a medium-sized pond, short zipline ride, and wall climbing.

It even has a mini-zoo and an outdoor chess set. The area is where the train used to make a stop in Argao, a staff at the Argao Tourism Commission told us.

Hungry after all that running around, we decided to make food our next stop. We ended up at Jessie’s Homemade Torta bakeshop and eatery.

The owner, Jessie Magallones, gave us a tour of her bakery, showed us the hurno (clay oven) where she bakes the torta, and talked about she got into the business of torta-making. Jessie’s contact details: 367-7455 and 0947-6994027.

TORTA AND SIKWATE. Torta (native sponge cake) and sikwate (native chocolate) in Jessie’s Home made Torta in Argao. The town is known for these delicacies.

Afterwards, we had torta and sikwate (hot chocolate drink made from tableya) at Jessie’s and even bought some to take home. Jessie’s torta is baked using tuba (coconut wine) as leavening, which is the traditional way of doing it.

We just couldn’t go home without bringing Argao tableya (bitter chocolate rounds made from cacao beans) so we hied off to the main maker of the product, Nang Guilang, in Argao. This is the same tableya used by the Tablea Chocolate Cafe branches for its chocolate and choco drink products. 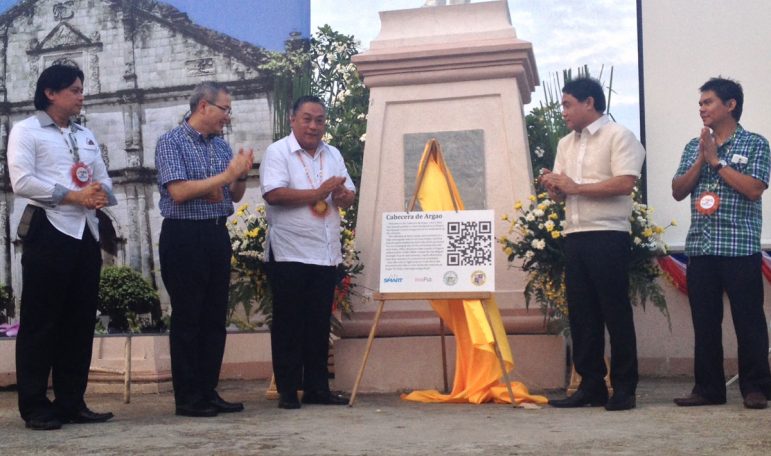 When someone mentions torta, I usually and immediately think of Argao because I associate this popular Cebu delicacy with the town. I’m sure a lot…