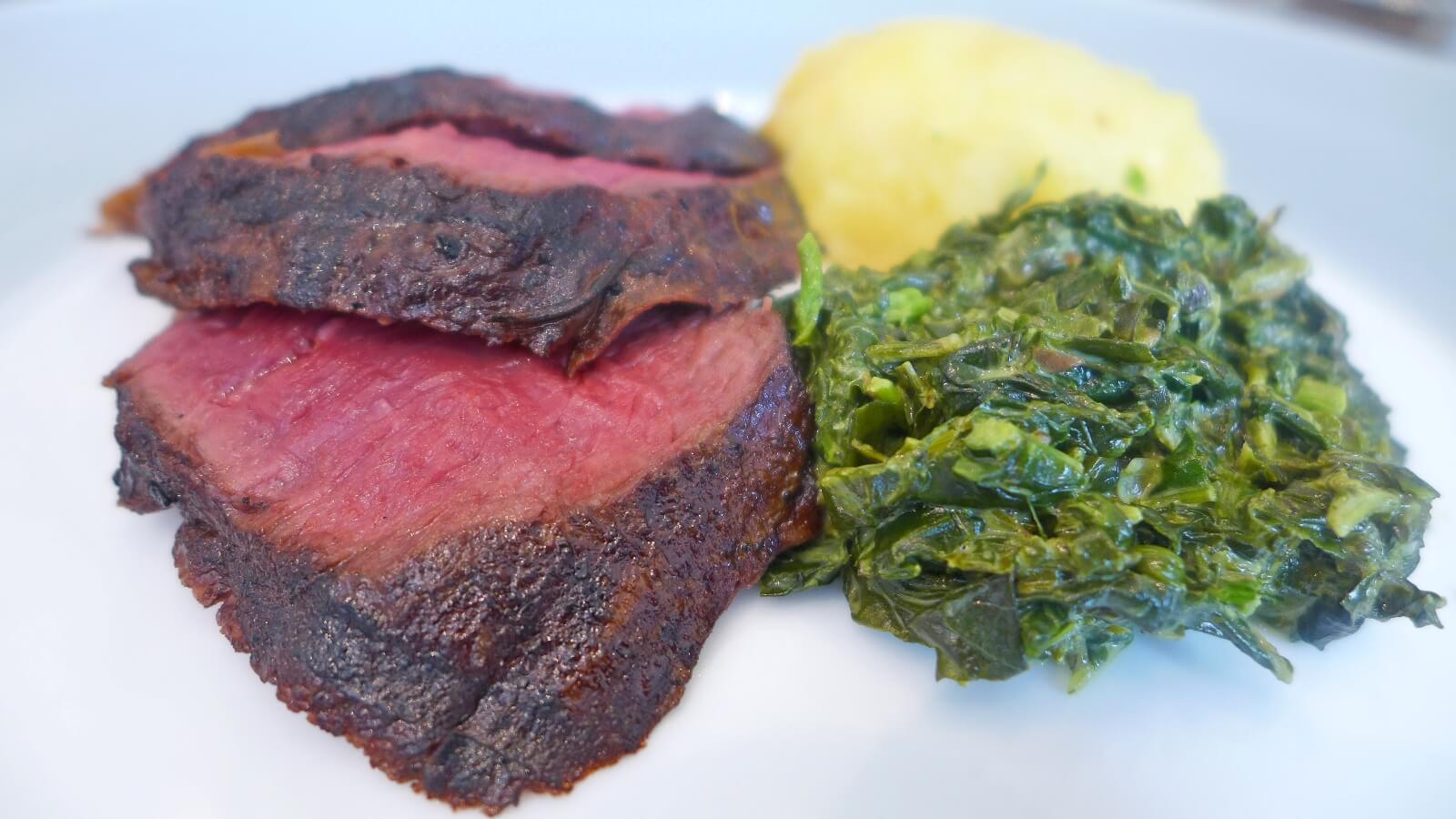 House of Anzani infuses an upscale touch to Cebu’s culinary landscape with its 7th restaurant and steakhouse Anzani Prime.

The newest dining establishment that carries the Anzani brand is an excursion into a world of steak, specifically meat in grades.

CENTERPIECE. Steaks are the star in the newly-opened Anzani Prime in The Tinder Box. This one is served with sweet potato gratin with smoked speck ham and creamed spinach and truffle.

His wife, entrepreneur Kate Dychango-Anzani, said their vision for Anzani Prime is that it contributes to making Cebu a culinary destination that caters to a global palate. She added that the Anzani brand continues to bring the notch higher with every dining facility.

Anzani Prime, located at the 2nd level of The Tinder Box, served its signature beer and watermelon cooler, homemade brown bread, pasta, artisan dessert, and other menu offerings during an introductory lunch for selected guests.

The centerpiece dish was the Black Angus steak served with sweet potato gratin with smoked speck ham and creamed spinach and truffle.

SERVING THE STEAK. Chef Marco Anzani serves the steak, which is first placed on a block of Himalayan salt.

Anzani signatures in the Anzani Prime menu are artisanal and curated on a meat grade level. These include Black Angus short ribs, slow roasted to perfection for six hours; a selection of 28-day dry-aged ribeye, flat iron hanging tender, or 400-day grain-fed certified Angus beef; striploin, tenderloin, or tomahawk of Anzani Prime wagyu with marble score of 3 or 5.

Other than the steak specialties, there is a range of dishes within the culinary spectrum – from appetizers of wild boar terrine, oysters, tuna tartare, crisp phyllo; salads made out of organic and dark leafy greens as well as cauliflower caviar; soups of green pea, roma tomatoes, mussels, and bisque; main courses of veal sweetbread, tortelli, pork cutlet, roasted sea bass, and halibut fillet.

Wine suggestions were provided by Bibendum Wines, which opened another branch at the wine cellars of The Tinder Box. Hans Eulenhofer, of Bibendum Wines, said they’re collaborating with Anzani Prime and The Tinderbox to provide the best pair of wine for each item in the menu.

Anzani Prime is a signature brand of the Anzani International Group, one that caters to an upper niche in the market and a refined and more sophisticated palate.

PRESS PREVIEW. Chef Marco Anzani discusses with guests the menu of their 7th restaurant and steakhouse Anzani Prime. At left is his wife, entrepreneur Kate Dychango-Anzani.

HIMALAYAN SALT. Steaks in Anzani Prime are served on a block of Himalayan Salt.

STEAK. The centerpiece dish was the Black Angus steak served with sweet potato gratin with smoked speck ham and creamed spinach and truffle.

This is the roundup of top Cebu news stories today, August 15, 2016. Joy struggles in Rio, but pushes self to finish marathon. CEBUANA Olympian…

Manny and Pie Calayan clinic held a star-studded concert to announce the opening last July 3 of their clinic at SM Seaside City Cebu, the…