This the roundup of stories that came out in local publications today, Feb. 12, 2016.

30-DAY RELIEF. Commuters who pass through the Mandaue-Mactan bridge get a relief after authorities decided to allow two-way traffic for a month.

Motorists who pass through the Mandaue-Mactan bridge will get a reprieve for a month after authorities decided to allow two-way traffic while repairs are limited to the sidewalk.

The key here is proper coordination. The result to that is better information dissemination to the public. Sixth district rep. Luigi Quisumbing.

Cebu City Hall may have to pay a fine if it fails to pay the P188M amortization it owes the Landbank of the Philippines for its South Road Properties Loan.

It is because we can afford to pay. Even if we pay off the entire loan, we still have excess funds. City administrator Lucelle Mercado.

A dance contest and fund-raising event for the Cebu City Medical Center that became a gathering for Team Rama and UNA supporters has irked a councilor allied with the BOPK. CCMC held a Cebu City Open Hip-hop showdown at Robinsons Galleria last Feb. 11, where barangay officials allied with Team Rama were invited to join.

A letter written by UNA invited officials allied with Team Rama to bring 100 of their close supporters. They were promised free food and beauty products for attending the event which served as the first “gathering in the run up to the presidential campaign.”

The Civil Service Commission prohibits government funds from being used for political purposes. Supposedly, government employees should not engage in partisian politics but it’s very clear they are using City Hall employees to push for their political ambitions. Cebu City Councilor Sisinio Andales.

Freeman: Sen. Sotto to push for upgrade of public hospitals. 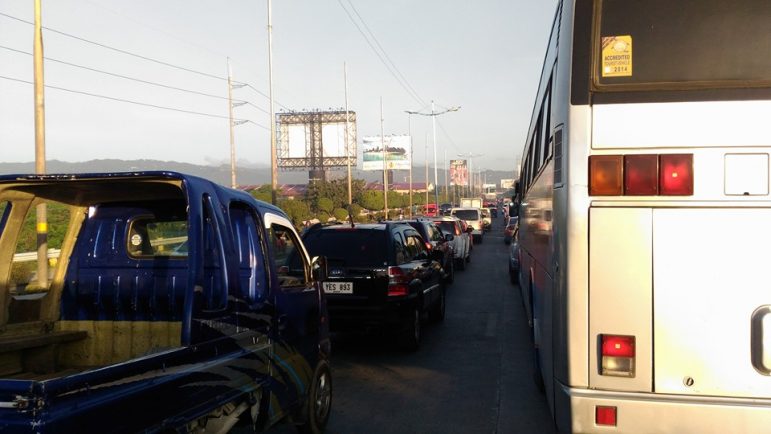 A study by a Japanese agency done in 2012 found that traffic in Metro costs businesses P132 million in lost man-hours. The four-year old study, done by the Japan International Cooperation Agency, only highlights the effect of the traffic situation at present, which has been worsened by various road projects in Mandaue City.

This is the roundup of stories that came out in the local papers on Feb. 11, 2016. 44-year-old Mactan bridge faces collapse DPWH warned that…