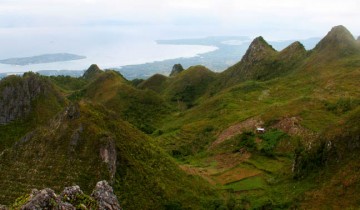 Some policemen allegedly flag down trucks carrying vegetables from Dalaguete and collect a “tong” of P200 from the drivers in exchange for road passage.

Meanwhile, the Cebu Provincial Board is requesting concerned government agencies to prioritize and facilitate the employment of teachers and non-teaching staff who will be ‘displaced’ during the implementation of the K to 12 program.

According to barangay captains from Dalaguete town, especially those who operate hauling trucks, alleged that some policemen threaten to issue their drivers a citation ticket when they deliver vegetables to Carbon Market in Cebu City.

The policemen collect P200 from every truck driver about thrice a week. If drivers do not pay up, the cops slap them with some violations, such as overloading with a penalty of P1,500, confiscate their driver’s license, and issue them with a temporary operator’s permit that is valid for 72 hours.

At least 10 trucks get victimized each day.

The truck drivers and truck boys are forced to use their meal money to pay.

The police chiefs of Talisay City and Minglanilla challenged the concerned barangay chiefs to formalize their complaints and identify the policemen involved.

According to its resolution, “The only solution to this upcoming problem is to give them priority in the hiring of new teachers for Grade 11 and Grade 12 and it is only the DepEd and the Dole that can help them land in such jobs, so there is a need for commitment on the part of both Departments for such undertaking.”

Swim in blue seas, zip or dive from a cliff in Funtastic Island Medellin

Funtastic Island is part of Gibitngil, an island-barangay gifted with sparkling waters, vast coral reefs, long stretch of sand beaches, a picturesque sand bar and rock formations reminiscent of those in Coron, Palawan.

4 Comments on Swim in blue seas, zip or dive from a cliff in Funtastic Island Medellin