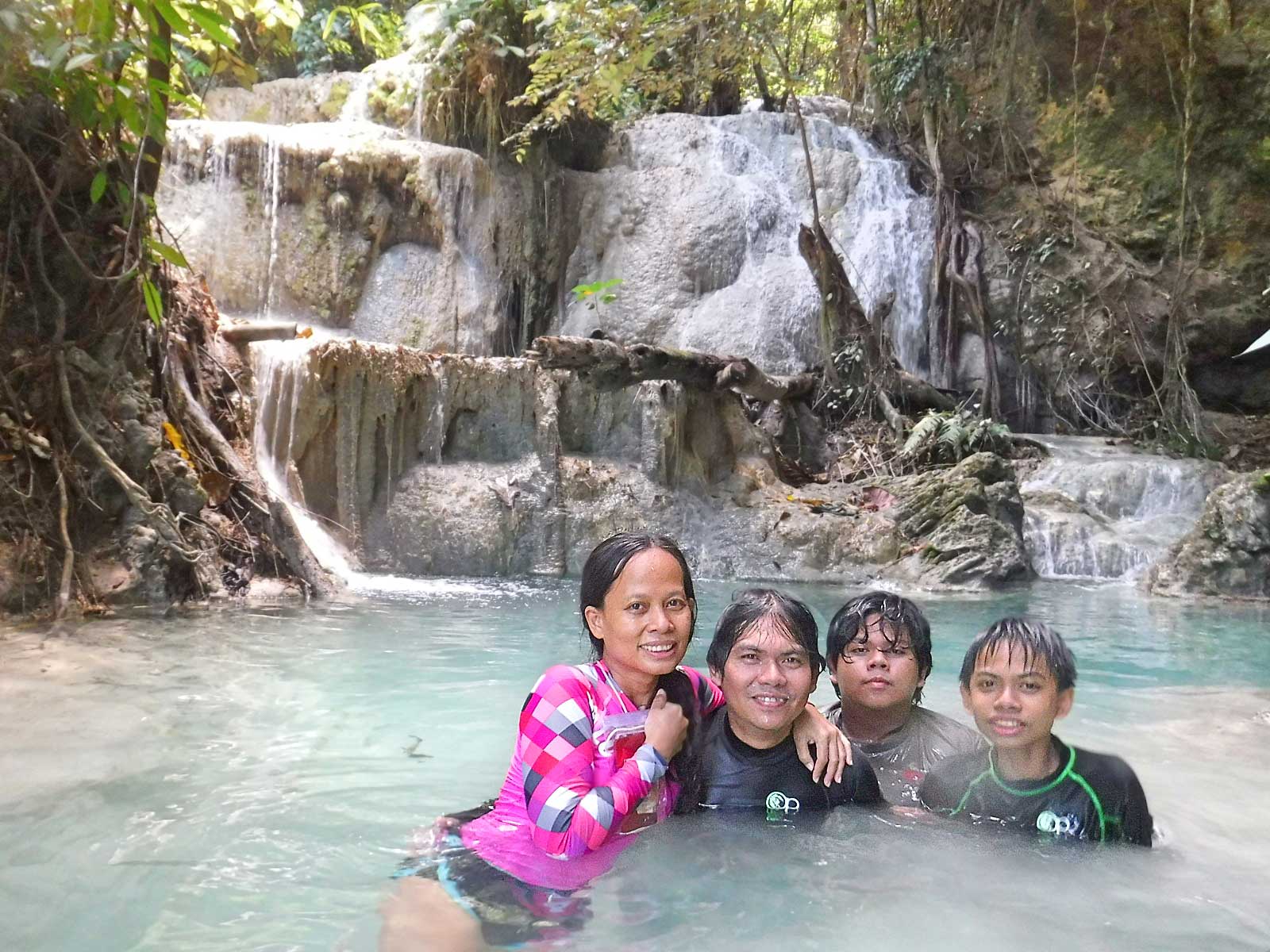 A regular climb to Aguinid Falls in Samboan, Cebu entails going up the pathway created by the flowing water as it makes its way down from the fifth level to the sea.

Beyond the fifth tier, however, the falls go up three levels more. There, beyond the reach of the regular climbers, nature is raw, untouched, and green.

We discovered the rest of Aguinid during our second visit on a Black Saturday of the recent Holy Week break.

Our first climb up to the fifth level in 2014 was a thrilling experience, but the second trip was even more exceptional. Considering the number of people out to get a taste of Aguinid Falls that day, it could have gone the other way.

ALL TO OURSELVES. We went past the crowded lower levels to enjoy a dip in level 7 of Aguinid Falls.

Thanks to our competent and extraordinary guide Natsky Rocamora, one of the Aguinid Falls community tour pioneers, we made it to the very top and quite enjoyed our visit.

When we arrived, there were no fewer than 20 people at the entrance kiosk waiting for their turn to go up Aguinid Falls. Several more people had gone ahead and were scattered throughout the stretch of the waterfalls.

Natzky felt we wouldn’t be able to enjoy this visit as much as we did the last one and suggested we climb beyond the fifth level to the source of the beautiful Samboan falls.

WAY UP. Our guide Natsky Rocamora had to haul us up a steep climb one by one. Take note of the plastic bottles that Natsky gathered on our way up. These were left behind by irresponsible tourists .

The way to the top is precarious and difficult and something that shouldn’t be done without special equipment or someone like Natzky, who is very strong and knows every nook and cranny in Aguinid. We didn’t have climbing gear so he had to pull us through the really steep vertical paths.

LEVEL 6. The upper levels of Aguinid Falls are mostly untouched.

ON 6TH LOOKING TO 7TH. This is the deep part of level 6, before the challenging climb to level 7.

Climbers and even the community guides rarely make it beyond the fifth falls so this stretch is mostly left untouched. Driftwood and fallen branches by the sides, insects along and on the water, and green foliage everywhere.

For the sake of preserving Aguinid Falls, the higher levels should be left alone. Samboan shouldn’t make any improvements to make it easy for people to go beyond the fifth tier. Visitors shouldn’t be allowed to bring food or drinks in the climb. As it is, our guide had to pick up empty water bottles discarded by irresponsible climbers along the falls.

LEVEL 8. This is the highest point in Aguinid Falls.

PLDT HOME, the home digital services unit of telecoms leader PLDT, has been recognized for its leadership in digital innovation in Asia for its pioneering…

This is the roundup of stories that came out in local publications today, March 31, 2016. Mandaue mayoralty bets face charges. THE two candidates for…