If everyone has gone digital, how do you stand out? Accenture report points way 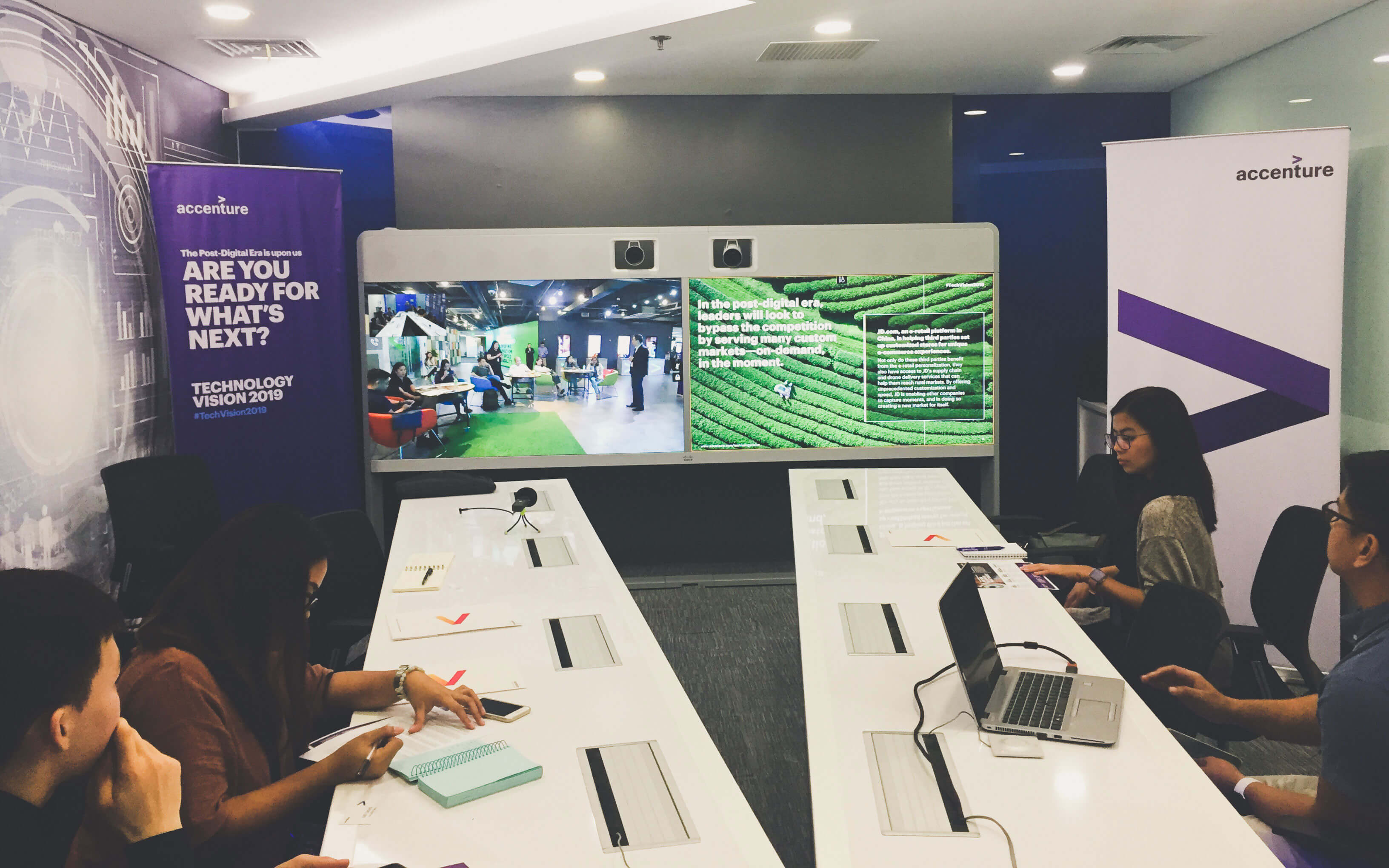 Digital is no longer a differentiator for enterprises but “the price of admission to do business,” a top official of a global technology company said in a briefing on Tuesday.

Digital technologies are already an expectation and no longer a differentiator, said JP Palpallatoc, Managing Director and Accenture Digital Lead in the Philippines in a briefing for media.

“Now that everybody is doing digital, what will differentiate you?” Palpallatoc said in a briefing in Manila and connected via video conferencing with one of their offices in Cebu City.

Palpallatoc gave an overview on key technology trends in the next few years as identified by the Accenture Technology Vision 2019 report. He said the time we are in is “post-digital,” because using technologies is already a given in the enterprise.

“Just as people no longer say they live in the “age of electricity,” the days of calling something digital to insinuate that it is new and innovative are numbered,” Accenture said in its report.

The company said the “post-digital” era means companies need to “double down on completing their digital transformations to get the most value from those investments—and at the same time, turn a strategic eye toward what’s next.”

What’s next, Palpallatoc said, are a new set of technologies that will make a major impact in the next 3 years.

“Future-minded leaders know that mastering the next set of technologies will give them every advantage,” the company said in a video clip explaining DARQ.

Palpallatoc cited as example Volkswagen, which “uses quantum computing to study traffic flow optimization analysis and looking into the chemical structure of batteries to find out how to make better ones.” He said they are also using AI for its vehicles and extended reality through googles that guide its workers in repairing units.

Volkswagen also extensively uses the blockchain to increase the security of its system as well as for payments. Palpallatoc cited UnionBank of the Philippines as a local company “deep into the blockchain,” using it to connect rural banks and for internal processes.

People’s use of technology creates an identity that enriches their demographic, which can then be tapped to created individualized experiences, Palpallatoc said.

“In the past, what we talked about in getting to know your consumer was called personalization. We used traditional demographics – are you female are you male do you live here, etc? ” he said.

“What we’re seeing from a post-digital area is going beyond personalization to individualized experiences and leveraging technology identity. These are the technology choices that individuals make as well as how they are using those technologies. That information is being used to enrich the demographics,” he said.

The Accenture report said 83% of respondents found that digital demographics allow them to identify unmet needs of customers.

Palpallatoc cited as example the SlicePay lending platform in India that targets unbanked students. By going over their social media for information on the vacations that they take or the restaurants they visit, they are able to identify to whom they lend money.

Another use case is the John Hancock Vitality Program, an insurance package that uses wearables like smartwatches to offer consumers discounts on their premiums if they meet fitness goals.

Empowered by technology and with improved skills and expertise, workers are becoming “human+,” said Palpallatoc.

“In a post-digital era, people are still central to the innovation agenda. We need to keep people front and center,” he said.

He said technologies like AI, analytics, extended reality are extending the capabilities of employees. Companies, however, “still recruit, hire and manage for the workforce of years past,” according to the Accenture study.

Palpallatoc said, “71% of respondents said digital workers are more mature now compared to their organizations. Workers are waiting for the company to catch up. There is a need for company to change the way they organize their work to be able support the human+ workers and enable them.”

He cited as example the use by Unilever of technology and AI for interviews and assessment of entry-level hires. This resulted in a 90% increase in job applications and the shortening of time it took to fill the job from 4 months to a few days, he said.

TECH VISION BRIEFING. Reporters in Cebu join via video-conference a briefing on the Accenture Technology Vision 2019 by Managing Director and Digital Lead in the Philippines JP Palpallatoc.

Enterprises have found that security today requires that they also keep an eye out beyond their premises.

“In the past, their approach to security was my company first, secure your walled garden, make sure nobody gets in,” Palpallatoc said. “What we’ve seen with the advent of ecosystems is that you cannot just protect yourself, you need to protect each one of your ecosystem as well.”

Security is a team sport and enterprises have to protect each other, he said.

He cited as example the decision by Netflix to open source its security tools.

Technology and data now allow companies to customize products and services and deliver them fast and on demand, Palpallatoc said.

This trend is “about using technologies like IOT (internet of things) on being able to capture the reality at that point in time and being able to respond,” he said.

“Technology is creating a world of intensely customized and on-demand experiences, and companies must reinvent their organizations to find and capture those opportunities,” Accenture said in its report.

The company reported that 85% of executives they surveyed said “that the integration of customization and real-time delivery is the next big wave of competitive advantage.”

Palpallatoc cited as example of hyper-customization a beverage company in India that offers different flavors depending on where these are sold. He said the company even has a custom flavor sold only for a few days a year – during a festival.