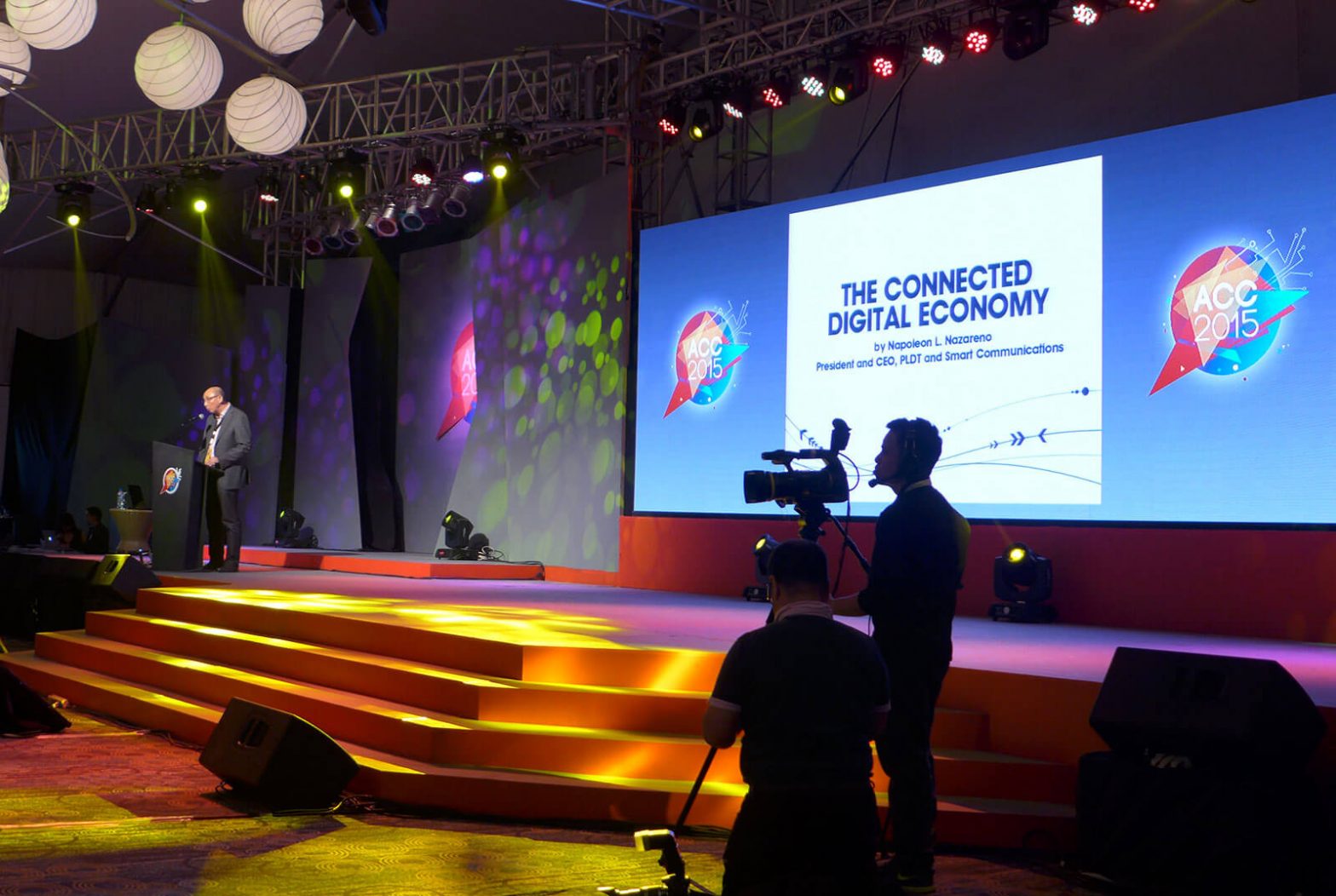 Although networks remain a core business for carriers, these are no longer enough for them to thrive in the digital age, PLDT president and chief executive officer Napoleon L. Nazareno said during the opening of the 11th Asian Carriers Conference at the Shangri-la Mactan Resort and Spa in Lapu-Lapu City.

“We need to go beyond that to survive and thrive,” Nazareno said.

He said today’s telcos, as with every major industry in the world, have to operate in an environment reshaped and disrupted by digital technologies. He said there is a profound change in the lives and livelihood of people brought about by the widespread move to mobile.

The increasing availability of powerful and yet affordable smartphones “has made it possible to put the magic of the Internet in the hands of more and more people,” Nazareno said.

Mobile, Nazareno quoted the GSMA Mobile Economy Report 2015, “is at the heart of the new digital ecosystem.”

That shift, however, requires telecommunications companies to build and run extensive, ubiquitous, and robust data networks.

He said carriers globally are “stepping up to this task.” Mobile broadband or 3G and 4G account for 40% of total connections in 2014 and will increase to 70% by 2020. Mobile operators, Nazareno quoted a 2015 GSM Association report, “will invest US$1.4 trillion in networks until 2020 to support a data-driven future.”

That, he said, is the traditional role of carriers.

He said Internet companies like Google, Facebook, and Apple, “have balance sheets that dwarf those of telecom companies.”

Today, there is an opportunity for carriers “to transform themselves into platforms for delivering new digital services – both their own and those of other players in the digital ecosystem,” Nazareno said.

“The name of the game is compelling digital content and powerful digital solutions,” he said, adding that these are the ones that drive customer engagement and generate revenues.

Nazareno said PLDT is undergoing “digital diversification by partnering with global digital content and solutions companies” and investing in them or setting up joint ventures “in ancillary businesses that add value to our core network business.”

“We are putting not only money, but also our own innovations into these joint ventures,” Nazareno said. 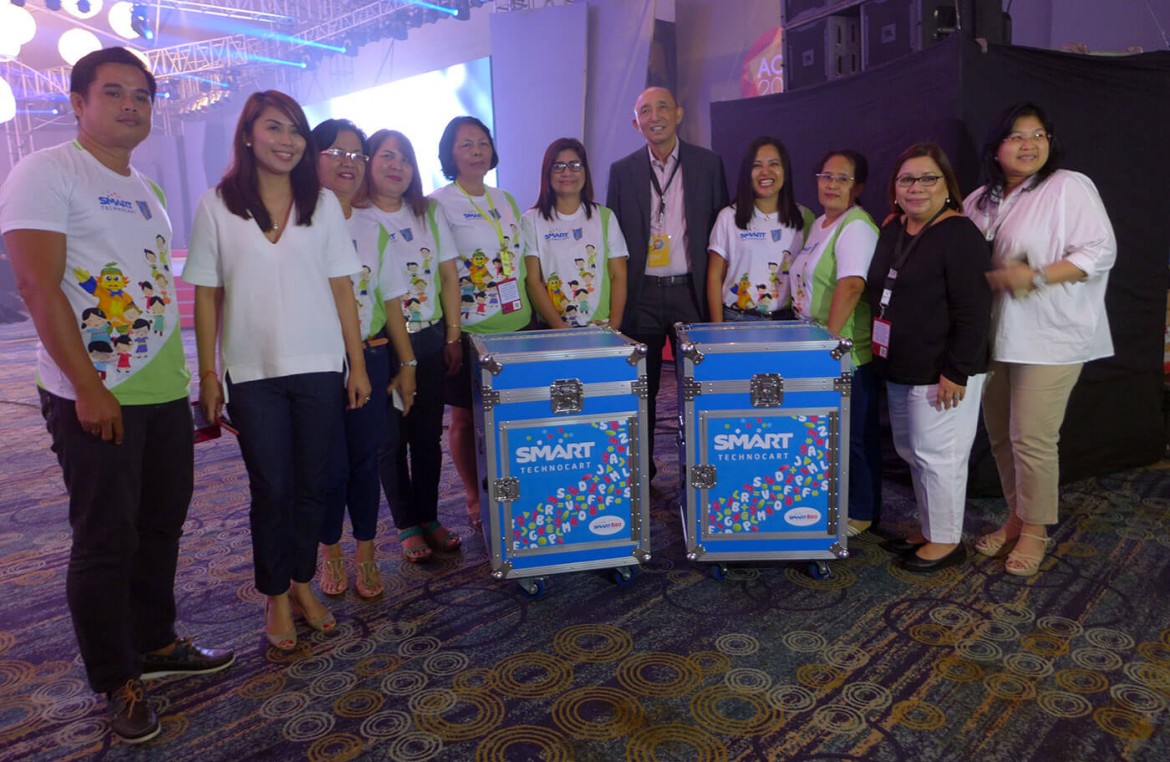 TECH IN EDUCATION. PLDT president and chief executive officer Napoleon L. Nazareno (center) with Smart officials and teachers from Lapu-Lapu City schools that are recipients of the latest batch of Smart TechnoCart units, an education package that contains a laptop, projector, portable WiFi and tablets for use in classrooms. (See separate story.)

He said that it was this approach that spurred them to invest in global e-commerce group Rocket Internet. “Alongside that investment, we are setting up with Rocket Internet a joint venture e-payments company that will use our award-winning Smart Money platform. This e-payments service will help power the growth of Rocket Internet’s e-commerce businesses in the Philippines and emerging markets all over the world where the majority of consumers are uncarded and unbanked,” he said.

Nazareno said PLDT has also partnered with companies like Fox and Disney and invested in iFlix as part of its digital diversification.

The company has also undertaken projects that provide government digital solutions for development work, such as one with the Department Of Agriculture that involved distributing tablets with an app that “enabled municipal agriculture officers to quickly and efficiently calculate and report the fishing capacity of the boats of small fishermen all over the country.”

“As telecom companies, we are here not just to provide connectivity in the digital economy but more importantly, to enrich connections that improve the quality of life of our people,” Nazareno said. People have made the shift to data connectivity and it is time for carriers to change the way they perceive their roles and move beyond connectivity, Hot Telecoms president Isabelle Paradis said in Tuesday’s opening of the 11th Asian Carriers Conference (ACC) in Shangri-La Mactan Resort and Spa in Lapu-Lapu City. 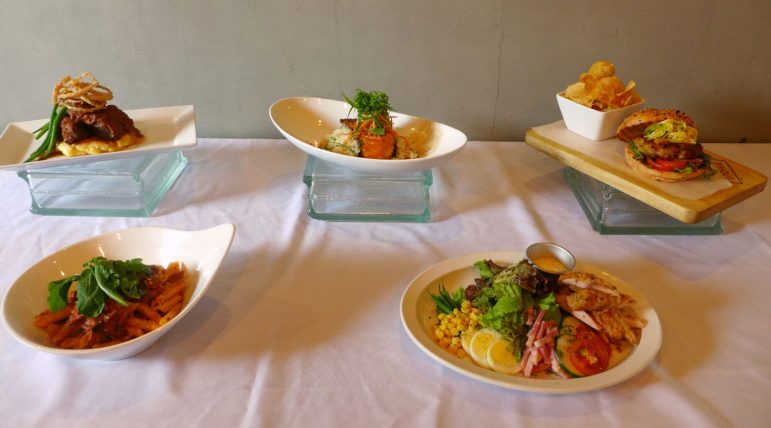 As Brique opens its second branch at Ayala Center Cebu in a few weeks’ time, it will introduce six new dishes to the menu in consultation with a New York-based chef.

Chef Noel de la Rama, who is consulting for the restaurant, said the new items in the menu include an appetizer, salad, pasta, fish, and meat dishes.